Do You Wanna Build A Controversy? Over Nothing? 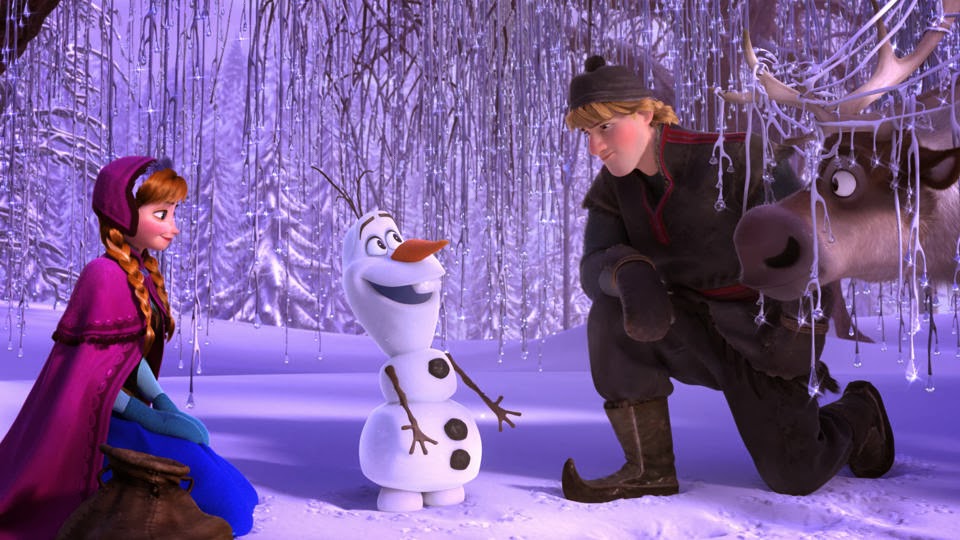 Recently, a blog that I will not link to because I don’t want them to get any more clicks then they’ve already gotten, came out (see what I did there) with the complaint that Frozen, the newest Disney film about the bonds of sisterhood (ya-ya!), hid a secret pro-gay agenda that was slowly warping children’s minds. Because, of course, reasons. Some of those reasons being the terrifying premise that the hit song sung by former Wicked Witch and... lady... on.. Rent.. playing (not all iconic roles are easy to put into words) “Let it Go” was all about gay people and being gay and whatever, and not an uber-ballad sung to let us all know what was going through the mind of a character that was supposed to be sympathetic who had just frozen her entire town and abandoned her sister. All because her sister wanted to marry a man she just met.

Quick side note, I kind of wish the sister in Frozen were around to help out Snow White. I really feel that she should have ended up with Doc instead of the handsome Prince, and she could have helped that happen. That movie was all anti-Dwarf propaganda.

Of course, the other reason I feel that basically the other blogger realized that Frozen was doing pretty well in the box office, then when a few other controversial topics didn’t fit the storyline she wanted to push out, she decided on “the gay agenda” and a really slow news day allowed her blog to be picked up. I wish I were that smart, as I’m posting this after the Olympics and we’re finally getting new episodes of Parks and Recreation, which means no one is going to pay attention to this.

But they will when I reveal the real secret meaning behind Frozen. You see, the snowman, Olaf, secretly represents man, who is constantly praising Summer, which represents God, and he doesn’t realize that finally finding God will destroy him, much like us who all worship a nuclear weapon that will destroy Earth and send the Apes back in time to when they can wipe us all out.

That may have been the plot to Return to the Planet of the Apes. I’m not really sure, but it’s THAT easy to invent a controversy, everyone. It’s that easy.

As I’ve said before on this blog, I have no issue with anyone’s sexual orientation, and I’m not sure why so many people want to make a big deal out of, at the end of the day, what is really no one else’s business. And blogs like the one posted kind of make me a little angry, not only because it’s trying to find a reason to be offended where there isn’t any, but because it’s being posted like some kind of authority on the subject when at the end of the day the person posting the blog has just as much ability to talk about Frozen as anyone else who’s seen it. Including me. I’ll still tear up a little at “Do You Want to Build A Snowman?”

Speaking of which, what is up with the Pro-Snowman agenda in this movie, like it’s normal for them to be staring at us with their dead coal eyes, judging us for not having carrot noses.... I’ve got my eye on you, Olaf.

Then of course, there’s the brand new complaint during the song “Let it Go” when the ice-princess is singing her ice-song that celebrates the fact that she no longer has to hide the fact that she’s got awesome superpowers (right before her sister barges in and tells her that her awesome ice superpowers doomed an entire kingdom), she has the gall to put on **gasp** a gown. A GOWN FOR THE LOVE OF HUMANITY WHY SHOULD SHE? WHY?

The answer is, of course, that the writer of this other article didn’t have anything else to write about, and probably went to the movies a few hours before deadline. Good for you for figuring out how to get your work done while slacking off.

Then there’s the rest of the planet, that saw a decent musical about the bonds of sisterhood and why Ice-Man was really the best X-Man if he would just use his powers more freely. It’s a nice reminder that Newsflash: Not everything is out to offend you.

Posted by Bad Shakespeare at 6:01 PM