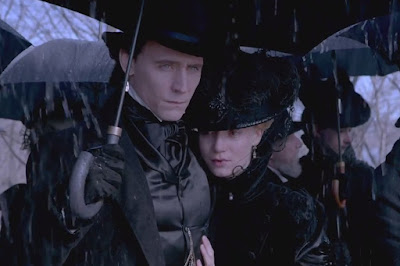 Some would argue that it’s easier to get noticed for your art nowadays. There’s a chance that something you do will go “viral” which isn’t as bad today as it was in the 1800’s. Have a song, or a short film? Put it up on YouTube! There are YouTube “Stars” now that make a living pulling horrible pranks that would be crimes if they didn’t get views (and therefor, advertisers.) Even the groups we love, like the folks over at Wisecrack (I like saying that like I have some kind of connection with them, but they don’t know who I am. Hi, Spark Sweets and Garax!) probably couldn’t exist even 10 years ago.

But in some ways it’s made art a little more difficult to synthesize as people become more savvy. Twists to movies get crowdsourced. Put up a trailer? The folks over at Sinema Sins will tell you everything that’s “wrong” with it in two days without the hassle of having to create art. (One of my scrapped posts during the dark time was trying to tackle what they did, but I really couldn’t bring myself to watch any of their “nitpicks” which were just mean spirited at some point.)

What’s all this build up to? I want to discuss Guillermo del Toro’s fantastically underrated masterpiece, Crimson Peak. It’s a wonderful throwback movie that could have done well in a different age, or if audiences were willing to accept it for something different.

Ghostly spoilers to follow. But since most of you haven’t seen the movie, I’m assuming that it’s probably cool I spoil some of it for you.

Mia Wasikowska stars as Edith Cushing, a young woman growing up with her father (Jim Beaver, proving that once again he’s a national treasure) in America. We’re not five minutes into the movie before she’s confronted by a ghost who warns her, “beware of Crimson Peak.” Which is also the name of the movie, which means she’s probably not going to heed that warning.

After the ghost incident, Edith is trying to get her book published, which is about ghosts, but not a ghost story. Enter the dashing Sir Thomas Sharpe (Played by the dreamy Tom Hiddleston), who’s a baronet trying to get his latest invention off the ground. He’s looking for investors, some mostly in the form of Mr. Cushing. Naturally, Mr. Cushing doesn’t trust this dashing young Englishman on the grounds that he’s “creepy” and “unprepared” and but Edith sees through his out dated but still fashionable attire (today we’d call it “vintage.”) and of course they fall in love.

Shenanigans ensure. Mr. Cushing dies a natural death of “having his head smashed repeatedly into a sink” and Edith moves to England with Sir Thomas and his creepy sister Lucille Sharpe. (Jessica Chastain, in one of the many movies starring Jessica Chastain that came out this fall)  The house is called Allerdale Hall, but more commonly known by it’s other name. “Crimson Peak.”

I actually enjoyed this movie, even though I walked in like everyone else, expecting a tense horror movie. There are a few minutes of jump scares, but overall it’s a great gothic movie, not necessarily a horror movie. I think that’s where a lot of the marketing for this movie went wrong, by playing up the ghost angle despite the fact that the ghosts represented a mystery and the past, but not actual ghosts.

What I like most is that this is interested in the past. It starts with a young Edith not just being haunted by the ghost of her mother, but recalling the story that she is not allowed to see her mother because of the way she died. As a result, the first appearance of the ghost is broken down and frightening. An idea that will come back later when we first see Allerdale Hall, which is broken down as Thomas and Lucille have been focusing on the future, and neglecting that past. There is a clear thread that by ignoring the past, we destroy part of ourselves, whether it be part of the house, or to invoke ghosts that are far worse than anything in our imaginations.

This movie is a lot smarter than I think the original press for it gave it credit, a film that is rooted firmly in the past, made in an older style of directing. While the ghosts are very clearly special effects, and used to great effect but sparingly, so when one pops up it's not the seventh time we've seen a ghost in the past four minutes, the film itself seems older using irises to close out certain scenes, and even going so far as to have older fabric sewn into the costumes. So, in essence it’s a movie about exploring the past, about people rooted in the past, that was made very much for an audience in the past. It is almost as if Del Toro had secret plans to stick a flux capacitor on it and shove it back in time. I wouldn’t put it past the man; he’s quite crafty.

I also enjoyed the fact that the movie was gothic and spooky without resorting to a lot of needless jump scares. Jump scares are overused in today’s horror films, when creating a mood is secondary to how many times we can make the music go up sharply and have a cat leap out at the protagonist is substitute for any real horror. But this film is rooted in the gothic tradition, and not one that is fascinated with scares for the sake of scares.

The mystery of this film is also enjoyable, including the twist that it turns out that Lucille and Thomas are in fact, lovers (but still brother and sister) who are murdering Thomas’s wives to bring back their riches in some way. They represent the past/future dynamic with Lucille wishing to fix up the hall and Thomas really wanting to get his machine working, even if he has to murder a few wives in order to do it.

There's really not much to nitpick on this film. del Toro does his homework, getting shots right, and even uses color to a proper effect to heighten the mood. There's a tense feeling over the proceedings, one that makes things feel like at any moment you might get that jump scare, but since it's actually a movie concerned with telling a story they manage to forgo the cheap scares.

Overall a spooky film, one you should check out. Not just for the Tom Hiddleston Eye Candy.
Posted by Bad Shakespeare at 5:30 AM