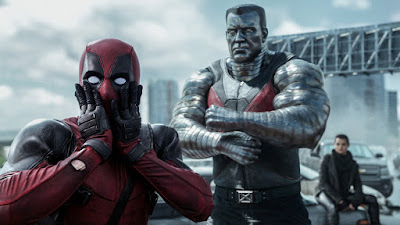 Let’s start out this analysis with a truth: The Deadpool movie, as we have it now should not exist. When the Deadpool character first showed up in the movies, he was played by Ryan Reynolds in the X-Men Origins: Wolverine as a character that sorta resembled the character but without everything that made him exciting. And then he got his head cut off.

Hollywood is not known really for second changes. Movie tanked? We’ll go ahead and reboot it. Actor doesn’t want to play the part anymore? Well, then, let’s cast a new one. It’s what’s given us three Spidermen in the past 10 years, and how many Batmen are we up to? 7? But Wolverine wasn’t exactly remembered fondly (except as a cautionary tale) and Deadpool from that movie is remembered even less fondly. The likelihood of a Ryan Reynolds-led Deadpool movie was slim.

But we somehow got one. A proper one. And ladies and gentlemen… it is an incredible piece of cinema.

For those who don’t know, Deadpool is an incredibly popular comic book character that has been deformed in an effort to cure his cancer, and is given the superpower of super-healing and a super-wicked sense of humor. He also frequently breaks the fourth wall and may or may not know he’s a comic book character.  He also isn’t 100% sure of his origins, which makes an origin story an interesting place to start. (And plays in nicely to the whole “at one point he had his mouth sewn shut and had swords coming out of his hands.”)

Deadpool, the movie, is a violent, raunchy, profane, perfect adaption of the comic book. Ryan Reynolds plays the character (for the first time one might argue) of Wade Wilson, small time mercenary who finds out he’s been diagnosed with cancer after proposing to his girlfriend (Morena Baccarin). In an effort to cure it, he enlists the help of a super-secret organization headed up by Ajax (Ed Skrein) that promises to turn him into a superhero.

Quick note: the super-secret organization never wants to turn you into a superhero. Sorry.

Disfigured but with the ability to heal any injury, Deadpool goes off on a hilarious quest to get revenge on Ajax, occasionally aided by X-Men Colossus and the wonderfully named Negasonic Teenage Warhead. Oh, and eventually get back together with his girl.

Let’s start out with what’s awesome with this movie. This is a film that is constructed in a way that is almost perfect. The opening credits set the mood immediately by being through the eyes of Deadpool himself. Over a frozen image of the carnage that Deadpool will later cause, while “Just Call me Angel” plays, we are told that this stars a CGI character, comic relief, and an overpaid tool. The writers are the real heroes.

Normally, this would be the high point of any movie, but what it does is set the bar. It sets the bar high. The action flashes back just before that frozen image, to Deadpool hilariously making his way to the action sequence in a taxi, bored, without money, and willing to pay with only a crisp high-five. Immediately, we are dropped into the action with Deadpool offering up commentary, without the long slog of an origin story wondering “When are we going to get to the fireworks factory.”

That doesn’t mean this movie glosses over his origin (which, as mentioned, is dubious) or that this is an incredibly complex character. In the comics, Deadpool is a wisecracking, fourth wall breaking, mercenary that started out as a parody of the ultra-violent vigilantes that popped up in the 1990’s.  It may seem out of place here, but over the years writers have given him more of a reason to be who he is. The secret of the character is that even with his popularity being based on his more funny and violent tendencies, they mask the fact that this is a very tragic character. He has superpowers, but at a terrible cost. He has to deal with the fact that he has little choice but to use his powers, constantly masked, because of the fact that he’s now disfigured. A disfigurement that is a result of his healing power, as it is constantly attacking the cancer that is riddling his body.

And the movie doesn’t shy away from this. There are jokes – the movie never takes itself overly seriously, much like the character himself – but he is isolated because of his disfigurement. He can do all of these amazing things, but at the end of the day, people focus only on that. And he doesn’t fit in with the good guys – they’re too limiting. Colossus has some wonderful speeches about the meaning of being a hero while Deadpool generally doesn’t listen.

Most of this movie’s success is reliant on the Ryan Reynolds, who has done more than any other actor I can think of to sell a movie. There’s a lot o talk about and analyze here, including that of an actor primarily known for his looks (the movie plays off the fact that he’s the sexiest man alive) who is willing to remain masked for a large part of the movie. He’s introduced masked. The climax doesn’t involve a flimsy excuse like say, oh… Spiderman or Iron Man… to remove his mask or have it knocked off. A lot of the time we equate “dedication to the role” with “Oscar worthy performance” where Daniel Day Lewis lives as Abraham Lincoln for six months, or Leonardo Dicaprio builds a time machine so he can actually go visit the Titanic. But Ryan Reynolds dedicates himself to this role to the point that if it were a more prestigious movie, we’d be talking Oscar for him. Some say “This is the part he was born to play” but he’s dedicated so much for this movie its amazing.

Of course, the success of Deadpool has lead to speculation as to why it was a success. (Which is sad in and of itself) A lot of people had this pegged to do well, but it ended up doubling every figure possible.  Everyone's running around trying to figure out why Deadpool was a critical and commercial success. Was it because it was rated R? Was it because of all the violence? It was a success because they took a character everyone wanted to see, cast an actor that was not only enthusiastic for the role but a perfect fit for it, and they didn't change or water down the character. They presented him as the character everyone loved, and did so unapologetically. There was no addition of a mystical cat force, or an explanation of the unexplainable. It was simply a character everyone loved, presented as how they loved him, without watering down the character for a specific audience.

Of course, that’s not without someone trying, wanting a PG-13 version for some reason. It should be noted that the way this was shot that a PG-13 version would be about 8 minutes long.

The bottom line is that this is a fun film, and it shows in every frame. That’s what makes it work. It never takes it self so seriously that it can’t stop for a cheap joke (My favorite is still the idea that he go by the name “Captain Deadpool” at first.) It’s never tries to be so funny that it doesn’t take a moment for a dramatic pause, or to remind you that there are real people here that have real complex emotions. It uses its CGI, stars, and setting to the fullest extent it can. And mostly, it creates a world that feels lived in.

I stopped doing ratings here because at the end of the day, they’re pretty arbitrary. I give it a five out of five and what does that tell you? I liked it? I just gave you a write up that talks about it. I don’t think this needs a rating. What it needs is for you to go see it. What movies like this need are support from audiences that tell Hollywood that if you give us adaptions of things - good adaptions - we’ll go see it. This is one of the most faithful adaptions of source material I’ve ever seen. And the movie is better because of it in every way.