It's Monday, Time to Over-Analyze Another Young Adult Novel Movie. 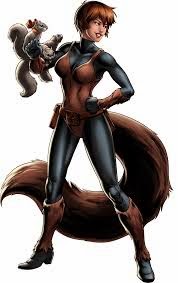 On Friday, I posted my review of Divergent, a book that came out a mere three years ago and I finally got around to reading. Truth is, I finished it up about a month ago, but didn’t post anything about it because I knew the movie was coming out, and I figured “hey, why not post it the same day?” because as much as I enjoy writing Bad Shakespeare, I’m doing this with the end goal of eventually getting my stuff published, and to do that I need readers, and to do that I need to be somewhat topical. I probably won’t delay that much on Insurgent, the second Divergent novel, but I do plan on posting my review of whatever book Noah was based on the same day that movie comes out, if I can figure out which book it was based on. (Anyone have any ideas?)

The curtain is pulled back on good old Bad Shakespeare! Gaze! Gaze into the mind of my writing process.

That’s pretty typical, wait until something comes out or is popular, then do an opinion piece, blog, interpretive dance, or art show based on what just happened. and since Divergent is meant to make roughly eleven billion dollars through movies, merchandise, and at home Divergent testing kits to ensure you fall in line and aren’t yourself Divergent, it’s important to post as much as you can about it.

Of course, with great popularity comes great criticism. Some people see something that’s popular and simply do not understand why it is popular or why they should enjoy it, and after careful consideration figure they don’t like it and want to tell why. Others just see people having fun and want to rain on that parade as much as possible.

The worst “analysis” I’ve seen has been the dumping on of Young Adult Novels. I’ve spoken in the past about how much I enjoy Young Adult Novels, mostly because lately they appeal the sci-fi geek in me that would have gotten beaten up for reading these types of novels when I was growing up. You live in an age of wonder, current science fiction fans, or even fans that can dress up as wizards freely.

I guess I don’t understand WHY we need to knock Young Adult Novels, particularly when they do what we need people to do, which is read. These aren’t just paint by number, easy to read books that I think some of these anti-YA people seem to think they are... they’re still complex novels with pretty good characters (except Simon from Mortal Instruments. No amount of Vampiring can make me like him.) I don’t understand the need to make fun of, insult, or talk down to them.

Of course, I talked about this before, I’ve been called out for reading YA novels in public, less so since I started reading them on my Kindle or these new fangled fancy e-reading machines that are all the rage these days. I don’t do it to hide my love of YA, rather, because it’s simply easier to carry around, and it takes up less space on ye olde book shelf. Seriously, I’m running out of space for books in my house, and unless I start covering them up and pretending they’re furniture, I’m in a lot of trouble.

It’s just whenever one of the YA books turned movies comes out, we get yet another analysis on the “state of the YA novel.” And it usually goes like this:

Forgetting, of course, that they’re a genre of novel, and anyone can read them and enjoy them... they’re good. They also forget that when something becomes popular,  a lot of people do it. How many Wizard of Oz adaptations are in the pipeline right now? Seven? Didn’t we just get like, two TV shows that follow the adventures of fairytale creatures? Or the whole 30 Rock/Studio 60 Debate? (For those who don’t remember, Studio 60 was the behind the scenes look at a sketch comedy show that was supposed to beat out that other funny one, and only lasted one season.) Simply put, EVERYWHERE you see things that are similar, which why studios are literally scraping the bottom of the barrel of anything that remotely resembles a comic book to make a movie. Coming up next: Squirrel Girl, the movie!

While I don’t know if they are making a movie, there really was a Squirrel Girl who had the ability to talk to and control Squirrels, and dated Wolverine. No. I’m not making this up.

As for the last two... please. Stop including these in YA novel think pieces as real questions. They replaced the actress who originally voiced the computer in Her with Scarlett Johansson the first chance they got. THE VOICE. And franchises? Which Shrek are we up to? How many Fast and Furious movies are we on right now? And that was based after which novel? Yeah. That’s my point.

Now go go work on my screenplay for an adaption of Squirrel Girl.
Posted by Bad Shakespeare at 11:59 AM