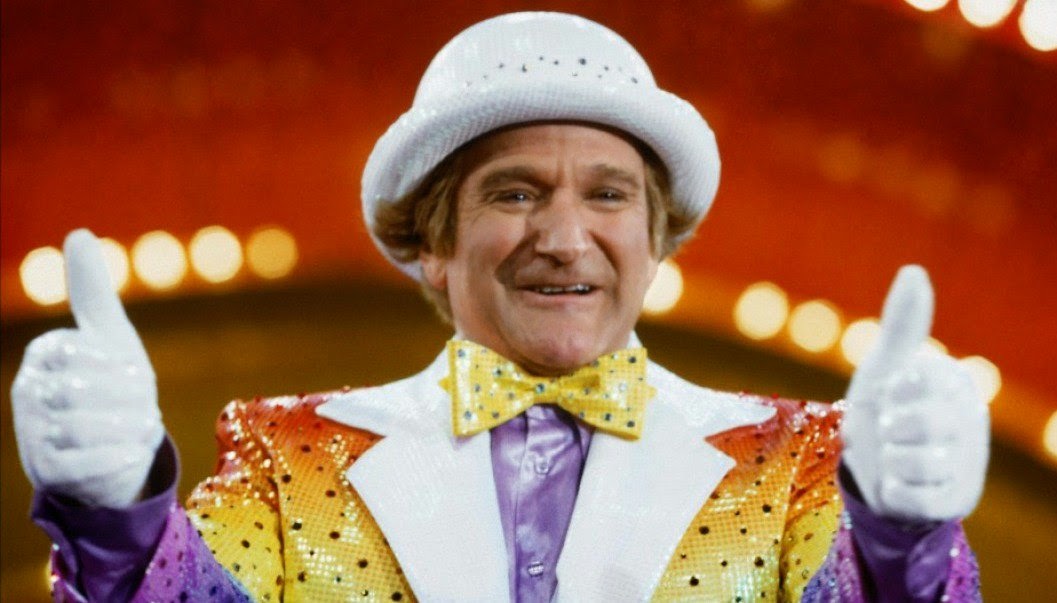 “If Heaven exists, it’d be nice to know that there is laughter. That’d be a good thing. Just to hear God go ‘Two Jews walking to a bar…’”

The world is a little bit darker today. We’ve lost not just one of the greatest comedic minds that has ever come across the planet, but also one of the most creative, one of the most passionate, and one of the most committed to entertaining us. Sadly, Robin Williams is now gone. Taking his own life.

You all know I love not just practical jokers, but jokers that think outside the box a little bit. Benjamin Franklin with this Titan Leeds incident, Andy Kaufman in just about anything he does. One of my favorite stories about Robin Williams is like this, actually, and involves Andy Kaufman. Back in “the day” as the kids no longer say, Andy Kaufman gave his performance at Carnegie Hall. He told the audience that his grandmother was there, and wanted to see him perform. Lo and behold, she showed up, on stage! After a little while, his Grandmother stood up, took off her wig… and was actually Robin Williams.

Robin Williams is going to be remembered for a lot of things. Many of his movies helped pave my current obsession with movies in general. He had a gift. He could slip into the character of an adult (then childlike) Peter Pan in Hook. He was willing to make fun of his kid-friendly image, like in Death to Smoochy. (one of the most underrated movies of all time.) He could make you laugh like in a billion movies he touched. I’ll throw one out there: The Birdcage. (And in that, he was the straight man. So to speak. Hey, he would have LOVED that joke.) He got us all pumped up in Good Morning Vietnam. And this multi-billion dollar, award winning comedian didn’t have to set foot of American soil to do a damn thing, he still performed in USO shows, going to Iraq and performing for the troops… because he wanted to. Not because he had to. I have nothing but respect for this man.

Let’s not also forget that this man took risks with his career. At the height of his comedy, he was in the extremely dramatic World According to Garp. And while they’re running around as super spies and Batman now, a young Matt Damon and Ben Affleck only had a script and a dream when Robin Williams lent his years and elder statesmanship to Good Will Hunting. Sure, it didn’t always work. Popeye isn’t the masterpiece we wanted it to be, but TRY to imagine someone else doing that role. And Patch Adams… well, the less said about Patch Adams the better. Very decisive movie. Either you love it, or you hate it. We here at Bad Shakespeare take no official opinion on the subject of Patch Adams.

There’s also Dead Poet’s Society. I feel this has become the go-to for inspirational quotes for him. I agree, it is. When I was making the changes in my life, the scene where he jumps on the desk and uses it as a chance to see the world from a different perspective as well as the “What’s your Verse” scene are some of the most inspirational moments ever put on film. They’re important.

However, underneath all the years of wacky characters, energy that makes toddlers look lethargic, and years of laughter, there was a very tortured man. He suffered from depression, a cage so lonely, so severe, it’s difficult to fully understand what was going through his mind. I know he sought help, and I wish he sought more. That’s easy to say now, but to someone who has reached the end, someone who is so full of despair that death is the only way out… it’s difficult. I can hope that his death, like the deaths of so many of history’s greatest people, can stand out as some kind of lesson. You don’t have to go through it alone. There is help. And if you see someone who has changed, please, please, please, talk to them.

But that was just one part of this man. While I’m glad that his death has gotten people thinking about depression and suicide in ways that they can help, I firmly believe he would have wished for us all to remember the laughter and joy he brought into our lives. Even the “bad” Robin Williams movies featured him trying in some way to capture that childlike joy that comes with every day.

Thank you, Robin Williams, for giving us laughter. Thank you for giving us joy. I hope now, you are finally at peace. But mostly, I hope that you got one really good joke from God. 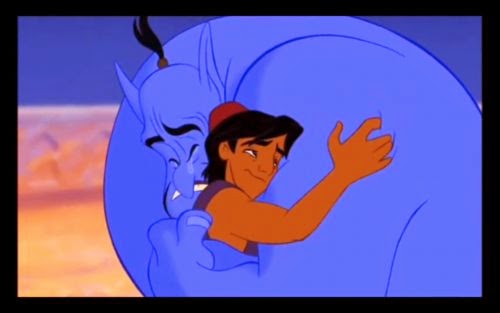 Posted by Bad Shakespeare at 1:04 PM