Are We Too Cynical When it Comes To Comic Book Movies? 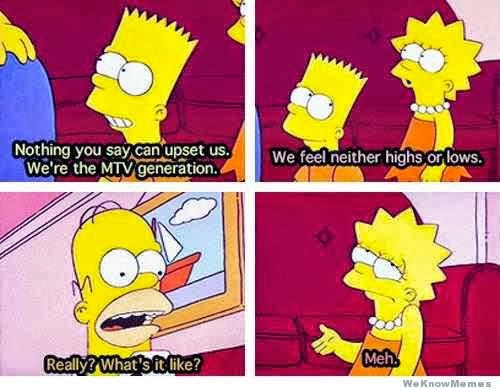 Recently, both Marvel and DC Comics released their films for the next couple of years. It includes things like more Avengers, Batman going up against Superman, multiple versions of the Flash, and let’s not even get started on the movie spanning war that involves a bunch of gems and a magic glove. You’re going to have to trust me on this, it’s a pretty awesome series that no one every realistically thought would be made into a movie, much less into a movie featuring the same actors that have been playing the same movie roles for a couple fo movies now.

This is tied in with a resurgence in Doctor Who, brand new Star Trek movies (and the possibility that a new Star Trek series is about to come out… I know, we get one of these rumors every few years, but this one feels more real), a bunch of new Star Wars movies featuring the original cast, not, “let’s set it in the past so we don’t have to use the same actors”… I mean, it’s really never been a better time to be a nerd. One of the biggest movies expected to open this year is an adaption of the Hobbit the way JRR Tolkien wanted it to be, as a real prequel to the Lord of the Rings as opposed to a cutesy one-off. The most popular books for teenagers are science fiction, Green Arrow has his own TV Show, and you can talk about phaser guns and space travel without the danger of getting a swirly.

It’s never really been a better time to be a nerd.

So, then… why are we so miserable?

Seriously, if you told 15 year old me that I could walk around with my Doctor Who tattoo while I waited for Thor and Captain America to duke it out on screen one week then watch the Flash while I wait for Batman and Superman to be in a movie together, I probably would have re-believed in Santa while imagining the Easter Bunny was throwing a surprise party for me on my birthday, and they were all bringing me presents.

First up, let’s talk about casting. The closest we came to the sound of heads exploding was casting in Batman. You know which one I’m talking about. The actor that everyone knows is going to mess up the role. He’s going to make it miserable, something terrible. How in the world could he have ever been cast? He’s going to mess it up, did you see the early pictures of Heath Ledger as the Joker? Yeah. That guy. Not Ben Affleck, who everyone is certain is going to one day mess up the character that was once played with dignity and respect by the great tortured actor Michael Keaton Adam West Val Kilmer George Clooney.

Yes, I know this isn’t new, we’ve been mocking the idea of a certain actor taking over a role since the dawn of time, since that one bald English dude took over some role called “Captain Picard.” Sometimes you get a good surprise, like when Heath Ledger defined the Joker.

My point is, that most of the debate seems to center around a movie that has had zero footage shown of it up until this point.

Then is the dreaded… Superhero Fatigue. You see, over the course of 5 years, they’re releasing roughly a billion superhero movies. SURELY WE WILL ALL BE TIRED OF THEM BY THE END OF THE FIRST YEAR!! A quick look at Google and IMDB (I know, more research than I usually do) shows that roughly 8,000 movies were released in 2013. I’m not including 2014, so the year is not set. Yes, those aren’t all your oooooh… go see it now, titles, some may be one offs or special events, but that doesn’t change the fact that 8,000 movies recently came to theaters.

Again, my point is, in a perfect world where no actors get hurt, no movie times get changed, and everything comes out, you could go see 20 movies one year, and not even half of them would involve a dude in tights trying to save the world. Or destroy it, depending on what you’re watching.

Then there’s the whole Hobbit thing that I’ve tackled in the past, about how Peter Jackson was never adapting the Hobbit book, which is one little book and definitely not 3 long movies featuring cool cinematography and as many dwarf escape scenes in barrels as you could possibly want, along with sub-plots about hot female elves. Naturally it has it’s haters, but I’m surprised at the vitriol coming out about a movie that’s mostly just supposed to be… fun.

We live in an amazing time. Those static pictures… they’re moving now. The images in our head… they’re real now. That boy wizard went mainstream. A mind-bending-time-travel drama was so popular everyone tried to copy it. With cool special effects. I don’t think we realize how close we were to seeing Robert Downey Jr in a cardboard box painted red and having some filmmakers call it a day. (I caught Steel while I was working out this morning. Not Shaquille O’Neal’s finest work.)

What I’m saying is somewhere down the line, we lost our enthusiasm. That’s what made me want to be a nerd in the first place. We got cynical about “our” properties going “mainstream.” I say that’s awesome, let more people enjoy it. Let people know why we gathered for so long with our comic books, or our dreams of a brighter future, or even just the cool pew-pew laser battle stuff that made life so much worth living. Let’s be excited… Superman and Batman are about to throw down on film, and then I get to go watch Iron Man and Captain America duke it out, too, played by real actors. I’m going to watch the Hobbit… on the big screen, as part of the Lord of the Rings trilogy! Let’s all get excited again! Let’s bring back what it meant to be a kid, enjoying this stuff for the first time.

Or we can all go back to just being angry on the internet, and laughing at scenes from Big Bang Theory where a woman going into a comic book store is reason for everyone to stop and stare.

Come on, everyone. Let’s drop the cynicism. Let’s go out and enjoy your comic books again! Let’s enjoy our movies again!
Posted by Bad Shakespeare at 1:31 PM