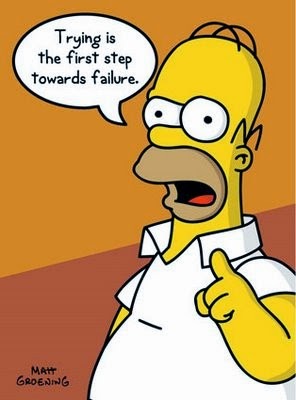 I am a horrible, horrible liar.

Well, not a liar, so much as a cheater. For you see, I really wanted to participate in this year’s Nanowrimo event. I like it. It gets me thinking differently, it gets me writing, and at the end of it I have a pretty decent 50,000 words that with editing, can probably amount to something that people would read. And some people might enjoy.

Yes, I know there are those that dislike Nanowrimo, either because they feel they are serous writers and people trying to do it for fun somehow takes away from their craft, or because they’re just haters in general. But its fun. Not everyone is going to write the next War and Peace or Karate Kid Three Novelization, but hey, it’s fun. I like doing it.

However, I also, as you loyal blog readers know (and some of you disloyal ones, exploring the archives) am firmly entrenched in Graduate School. English Graduate School. In the next month I have to analyze and present two movies, one not even in English, I have to write a five page paper about another movie, all while researching slavery and this one guy who’s writing devolved into angry rants against it, not to mention preparing for next semester and that whole England trip.

So it’s been busy, and I knew it would be busy.

I also know I am a crafty individual, so I started writing a few sections of Nanowrimo a bit early. Not a whole lot, just enough to get me started. It was a vast story about a ghost narrating a supernatural mystery in a high school. It was also some of the worst writing I’ve ever done in my entire life, and I include the customer service sections of this blog as part of that. I mean terrible. First season of Star Trek: The Next Generation terrible. (or later seasons of Star Trek: Voyager terrible. I mean, seriously, we’re going to end on future Janeway, and the whole Chakotay/Seven thing that appeared out of nowhere….)

Anyway, I realized around October 31st that this was pretty terrible, and I got the Student Council idea, and YA High, and, well… I thought maybe i could find time to crank out 1600 words a day about an evil plot to rule the world through high school students.

Didn’t work out very well. I couldn’t find the time to do it after about three days. I was already behind, and things weren’t working for me, because every time I sat down I’d get lost in a sea of trying to figure out what the hell I was going to write next.

So, I decided to end this year’s little trip down Nanowrimo way in favor of concentrating on my studies, and well, a few other things. One of my goals this year was to get published in something. And while I have a few rejection letters to show I tried (or rejection emails I guess… people don’t really use paper nowadays. It’s great for trees, but terrible for the upcoming human/tree war.) I haven’t done that yet. There’s so much for me to do, I can’t focus on it right now.

i’m a little sad I don’t have that push this year, and I do like seeing what happens when I just decide to go for it and say, “Sure… let me just write and see what happens”. But on the other hand, I’ve got a lot going on, and it’s not like I’m not writing every day. Sure, there’s no Nicolas Cage trying to take over the world, but there’s still some cool stuff involving a planet trying to destroy our planet in one of the most depressing movies ever.

Continue to enjoy everyone!

For those who did care, it turns out the Student Council secretly ran the world, and some of the kids were going to team up with George Washington’s ghost to stop the evil school. I know, awesome, right?
Posted by Bad Shakespeare at 10:48 AM