Ok a few things to clarify before I move forward... I have many, many classifications of movies beyond the whole “wow it’s good” or “wow it sucks.” A lot can change my review, such as if Nicolas Cage is in it. If Nicolas Cage is in it, then I already know walking in that there’s a good chance that the production will look like it had been set on fire before any filming actually started. And by “the production” I mean everything including the scripts, sets, and actors themselves. If a movie comes out in January then I’ll assume that the writers had no idea what to do with it, and needed it to come out when no one was paying attention (I’m looking at you Mortdecai.) And I also know if a really big movie is coming out... like say, The Avengers: Age of Ultron, typically it will be counterbalanced with another type of movie: ones that don’t appeal to the people that would see a bunch of superheroes wail on a bunch of robots. Which is fair. But when you’re the second big release over the summer, and the first comedy... try to bring your A Game a little more. 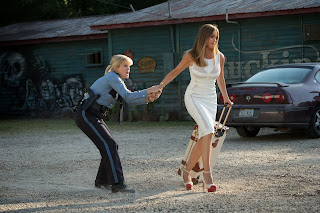 Which brings us to Hot Pursuit, a “wacky” buddy comedy starring Sofia Vergara and Reese Witherspoon. I didn’t expect it to be Comedy Gold. I’ll give you that. It’s being released the week after Age of Ultron which is expected to bring in roughly half of the money printed on the planet. I just didn’t expect it to be so bad. So. Staggeringly. Bad.

The movie is about a by the book police officer named Cooper (Witherspoon) who was born to be a police officer because we see her growing up in the backseat of her father’s cop car. She’s been relegated to working the evidence locker because she pulled a “Cooper”. Don’t worry, they won’t let that joke lay out there for too long, they let you know right away she set someone on fire accidentally using a taser because she’s apparently never heard the term “shotgun”. I know. Comedy Gold. 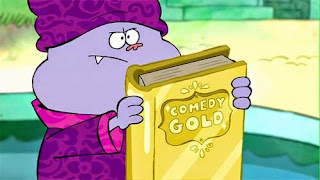 Anyway, so apparently this guy is going to testify against a major crime boss, and his wife is coming along, so they need a female police officer and they decide not to pick someone who hasn’t set anyone on fire, and they picked Cooper. I know. What a twist. Actually the twist is that apparently this Crime Boss is so powerful he can keep everyone in his pocket including most of the police, has the guy testifying and the agent sent to get him murdered, but can’t seem to kill that wacky pair of the straight laced police officer and the criminal’s wife, Mrs. Riva (Vergara).

The thing is, I really wanted to like this movie. I like Reese Witherspoon. I like Sofia Vergara. I have no problems with either one of them. But they weren’t funny in this movie. Witherspoon’s character’s joke is pretty much that she’s straight laced, by the book, and high strung. It’s not that she’s competent at her job, either, no, she’s a screwup of such epic proportions one wonders how she got her job. And any jokes with Vergara essentially boils down to either she’s tall, she has large boobs, and she has a thick accent.

It’s sad that such a great start to the Summer Movie Season 2015 was followed up with not such a great comedy. Here’s hoping it can get corrected this week with Mad Max and Pitch Perfect 2. One of which involves a lot of singing and dancing the other one is a remake. I’ll let you figure out which one is which...