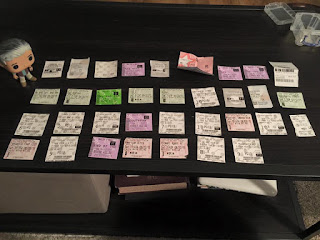 The air has taken on a slight chill. Football fans start arguing over who is better: Cowboys or whoever plays the Cowboys. The Walking Dead comes back to make us fall in love with characters and then kill them off completely. Television starts it’s traditional model of starting it’s shows despite the fact that we’ve long evolved past that model. That can only mean one thing…  Summer Movie Season is over.

This has certainly been an interesting Summer Movie Season. I’ve hit upon some wonderful surprises (Hello, LeBron James in Trainwreck). And I’ve hit on some disappointments that really made me sad. (Hello, Fantastic Four, you were a Trainwreck.) Some movies were big flops. We had one weekend that set two records: one for biggest flop and one that grew beyond expectations. There were controversies, a lot of them manufactured. But the bottom line is… I saw a whole bunch of movies. It was fantastic.

Basically, it was everything that I’d come to love in Summer Movie Season. Joss Whedon hath blessed us. (No, I’m not changing that next year.) It was quite the bounty. Despite the fact that we took a little break from Summer Movie Season to pop on over to Ireland for a month, we still managed to hit up 36 movies counting those I saw twice, one holdover from good/bad movie season (Paul Blart 2: Why the Hell Are they Making a Sequel to This and Not Firefly?) and one past tense movie.

I did try to review as many of the movies as I possible, but I know I didn’t hit them all. But I love this particular post each year, the one where I recap what I’ve seen, and, through the magic of time, I get to re-think my grade for each one. So, without further ado… here’s what I’ve seen this summer, complete with a few lines of summary and rating.

Also a quick shoutout to Judy Greer. If you don’t know who she is, check the background of most of the movies and look for the mother who dies or divorces. That’s her. It was the unofficial Summer of Judy Greer. You go, girl.

All movies in the order I saw them.

Avengers 2: Age of Ultron: Iron Man, Captain America, Black Widow, Thor, and everyone else is back to fight off an evil A.I. and do whatever it takes to hold off putting Thanos in a movie and tries to address the fact that the one dude in Man of Steel couldn’t save everyone but they can with an army of about 10. Great way to start off the summer. (9/10)

Hot Pursuit: Obviously no one thought anything could beat Avengers 2 as two women take a cross country road trip. One of them’s a bumbling cop. The other one is the large-chested wife of a criminal, because they address it 50 times. Will they ever get along? Does anyone care? (5/10)

Mad Max: Fury Road: Mad Max is back making a few cameos in a few scenes in a movie about a woman with one arm named Furuosa tries to save a bunch of other women from being breeding stock. Gave us Immortan Joe and people who spray silver frosting on themselves. Beautifully shot, acted, directed, and not a lot of use of CGI. Only the gratuitous late death of a character kept this from being a perfect movie. (9/10)

Tomorrowland: George Clooney teams up with a young girl to save Tomorrowland (The magic land, not the Disney Ride) and the world. I’ll fully admit that it wasn’t the perfect movie. I just enjoyed the optimism of the movie a lot more than everyone else. It was oddly sincere in a climate that prefers things bleak sometimes. That’s the reason it’s rated so high. (9/10)

Mr. Holmes: Sherlock Holmes, aging and keeping bees, must solve the mystery of his failing memory. More Character Study and Less Mystery, it kept me entertained as it looked deeply into the world of a man is losing his purpose. (8/10)

Spy: Melissa McCarthy teams up with Jason Statham to fight an evil Rose Byrne. Jude Law was in it, too. Really, what else do you need to know? (8/10)

Inside Out: A girl is held hostage by an evil dictator that lives inside her head; telling her that everything is fine and she doesn’t need to worry about anything. Also the pre-movie was about a singing Volcano. Damn you Pixar. Damn you and your ability to play with my emotions. (9/10)

Jurassic World: Chris Pratt fights dinosaurs. Why are we debating anything? TO THE MULTIPLEX! But seriously, what was up with that divorce plot that went nowhere, and the creepy kid that wanted to break up with his girlfriend. Why are you interfering with Chris Pratt riding into battle surrounded by Velociraptors? (8/10 because of the STUPID DIVORCE SUB PLOT.)

Me, Earl, and the Dying Girl: A kid befriends a girl who is dying. Also Earl. Rare example of being better than the book. (9/10)

San Andreas: The Rock fights an Earthquake while Paul Giamatti gives us exposition. Or something. I was unclear on everything, I just know that we had another family drama when I wanted to see the Rock body slamming stuff. (7/10)

Ted 2: Let’s make another movie about a talking, foul mouthed Teddy Bear and not a sequel to Firefly. Makes perfect sense to me. Hey, when they go to the Sperm Bank, do you think they knock over a shelf? What do you think? (7/10)

Aloha: How dare you. How dare you waste Bill Murray in such a fashion. That man is a national treasure. (5/10)

Terminator: Genysis: Arnold is back in his wackiest role as an evil computer/father figure to the young girl in Game of Thrones. Plus, Doctor Who was in it, and everyone rewrote time. Now let’s go back to pretending there haven’t been any other Terminator Movies since Terminator 2. (5/10)

Spaceballs: I got to see Spaceballs in theaters again! I’ll have the soup. (Ridiculous Speed out of 10)

Ant-Man: Paul Rudd gets all the powers of an Ant. Also: Michael Douglas makes a tank into a keychain, and Marvel Movies stop being so afraid of talking about other Marvel Movies. (10/10)

Trainwreck: Come for the Amy Schumer. Stay for the LeBron James. (8/10)

Southpaw: What happens when you need an underdog but you also kinda want to start him off on top? You throw in a few gunfights and some drunk driving. (8/10)

Vacation: Hey, you know what really needs to be rebooted? National Lampoon Vacation series. Said no one. Ever. (2/10)

Paper Towns: Another example of toning down some of the more outrageous elements from the book, and keeping a pretty decent story. (8/10)

(un)Fantastic Four: Three days before the release the director and studio started their temper tantrums. That’s all I needed to know. And yet i saw it anyway, because I hate myself. (1/10)

Man from UNCLE: Probably the coolest movie of the summer. I’ll have a lot more to say about this one later. (10/10)

End of the Tour: Interesting look at a one man’s rise to fame. A fame he may not have wanted. (Still not sure/10)

American Ultra: So close to being the Bourne Lebowski, but tonally, not sure what it wanted to be. (7/10)

We Are Your Friends: Surprising. I know it got bad reviews, but really not worth the negative hype it got. If you didn’t see it, you missed out on a little gem. (8/10)

There you have it: a quick refresher of the summer. Some movies may have changed as a result of me thinking about them a little more.

Also, a programming note: If you follow me on Facebook, you know that I have Lil’George Clooney coming with me to the movies and taking pictures. Sadly, I’m going to retire him for the winter. He needs time to rest. Say hello to Lil’Misha Collins, who will start following me around for Prestige Movie Season! 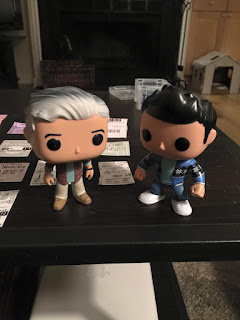 Tomorrow: Your Movie is Bad and you Should Feel Bad.