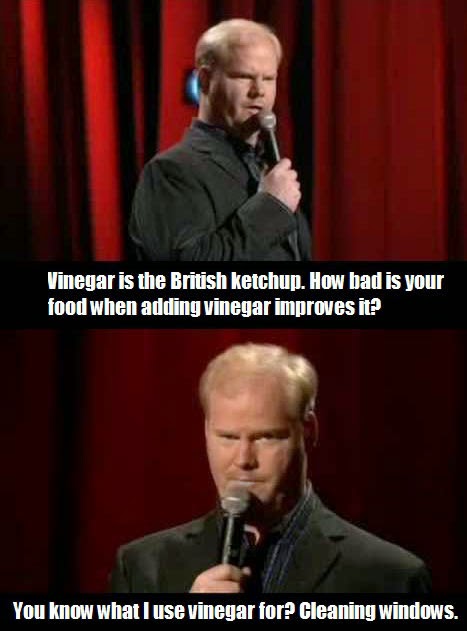 It was my fifth night in London that I broke down and did it. At this point I had explored many of what the country had to offer. I took my time, sat down in tiny cafes and pubs. I was surprised, actually to find that this location had opened up in London of all places. But I had to do it. I just had to.

I went to Five Guys. A Five Guys in London.

So, look, I fully understand that I’m in a new country, and that I should be using that opportunity to explore the local cultural cuisine. I’ve commented repeatedly about how I enjoy cooking. That means that I should be taking a look, seeing what British food is out there, despite the fact that it’s not really known for it’s cuisine, outside of what we like to pretend are British-style pubs in America, but really just offer the one dish that they’re known for: Fish and Chips. And that’s not even REAL fish and Chips, since most of the time it’s just served in a newspaper and it’s literally a hunk of fried fish. That’s it.

So, walking down Oxford Street, enjoying some of the local places to purchase clothing, I noticed an alley that had a few restaurants down it. Oxford Street is like London’s version of 5th Avenue, where some of the fancier stores tended to hang out. I actually stayed pretty close to this area which wasn’t too bad. This isn’t like a seedy alley like we have here in America, or like the ones featured in spy movies. It was almost like an extension of the well travelled, well decorated Oxford Street. Like these were the places that couldn’t quite make it on the big street. Then I saw it, red and white and all too familiar.

Now, some of you may not know what Five Guys is, and that’s… somewhat ok. If you don’t know, it’s a Burger joint that started in the Northern Virginia area, and it makes some of the best hamburgers, every, and it has been expanding ever since. I was surprised when I was taking a trip to New Orleans a few years ago and saw they had made it to Georgia. I was really surprised when I’d seen that it had made it ALL THE WAY TO ENGLAND.

I remember when Five Guys was just a greasy local dive. Finish some of their complimentary peanuts? Just toss those suckers on the floor and go and get some more. You ordered a burger and fries and then you waited for it to come. Grilled cheese? Pffft. Hot dogs? nope. And it was only the rookies that ordered a large fries for themselves, because you’d always get a generous helping lopped right on top.

But here it was, in all it’s red and white glory, sitting there. A beacon, perhaps false (I’ll get to that in a minute) that stood out in a sea of mediocre food that I’d been ingesting for the past two weeks.

Now, you see, I say, “mediocre” because I was there to study, and that meant counting my pennies. This meant I would grab a free breakfast from the hotel every morning. It was a buffet that sat out for a while, so even if I got there early I would generally just stick to the cereal because those eggs didn’t retain their egg-like shape very long, and the bacon…. left stuff to be desired. Don’t get me started on the pre-toasted toast that sat under a heat lamp for a while. Who pre-toasts toast? They had bread right there.

I’d also sampled some of the cuisine other than fish and chips, but you have to remember that England had an outbreak of mad cow disease a few years ago. This meant that most of the food was cooked “well done” or “well done” and that tended to remove “flavor” and “taste.” I did have a pretty good leg of lamb, but that was mostly just brown sauce.

So it was quite the treat that managed to present itself in a real life Five Guys, but I was a little afraid… what if it was overcooked? Would it be the same taste as before? These questions drove me as took the handle and pushed open the door.

It certainly smelled the same. And except for a heavily accented young lady greeting me at the door asking me if I’d ever ordered at a Five Guys before, everything seemed the same. Yes, she had to ask if I’d ordered at Five Guys, because the tradition was so different. There aren’t a lot of fast food places in England outside of McDonalds, Burger King, KFC… ok, so there were a lot. But the idea of ordering your food then waiting for it at a counter because it wasn’t going to be brought to your table wasn’t a well-known concept. I politely told the young lady that I had, because well.. I had, and I guess she recognized my American Accent and let me through to order. Which I did, my old standby, a burger with mayonnaise and lettuce, and small fries (because I’m not a rookie).

I got my burger and fries and just… watched. I wanted to see what was going on around me. Apparently it was a new place, because SO any people were surprised, in their accents, and how different these burgers were. I know one lady next to me couldn’t stop talking about it. I had to admit, they were as good as their American counterparts. I did end up seeing one person asking how the ordering worked, because of course I paid attention to the door after I was asked. I had to see what was going to happen. It seemed to be a seamless process, and he got it. I don’t know if he liked his burger or not, because I enjoyed mine and you can only really sit in a Five Guys in London for so long before you feel you should probably go out and view something Englandy. Like the changing of the guard, or maybe some genuine fish and chips.

I was also surprised to see that this was not the ONLY Five Guys in England. There was one being built in Cardiff, which is bout two and a half hours west of London (and a story for another day.)

Of course, I did sample some other cuisine. That’s another post. But for one glorious meal, five days after I arrived, I had to just try something at the same time familiar and at the same time not. Even if it was just for the experience.
Posted by Bad Shakespeare at 5:00 AM