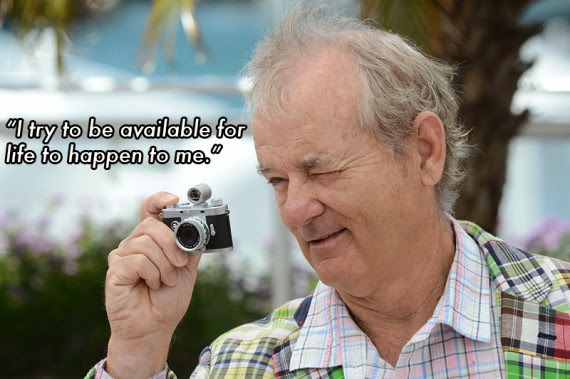 It helped that two of them were asleep and one of them was wearing noise canceling headphones. This meant she got to get the news later over ribs because I felt like giving ribs to people since I do that well. The other two got the news in the car on the way home.

As I’ve mentioned, it wasn’t an easy decision. It was one of the hardest decisions I’ve ever had to make. I mean, I was good at teaching. I had gotten all A’s in one of my classes except for the very first one, which I’m not sure what that means but hey… I got all A’s. I worked hard for my position as an intern, which included taking that damn Praxis test more times than I care to count (4) because the Praxis is totally a measure of how good you are going to be as a teacher and not a money making scheme were a standardized test is required by the state, then the people that graciously offer to run that standardized test (for a fee) also happen to offer… what’s this? They happen to offer classes, books, and anything else you may need to PASS said standardized test.

Wow, that sure is lucky that this company that graciously offers to run the state’s standardized tests (for a fee) also happen to offer all that stuff out of the goodness of their hearts and also for another fee.

Some people have noticed, too, in my many retellings of my time as an intern/student/teacher that I’m not always as upbeat as the experience as I may have talked about on the blog. One day, I may talk about the whole story. It involves casting some people in a not as good light. But for now, that’s kind of my decision, and when I’m a little further removed, I may talk about some of the other concerns that I have as someone who viewed the teaching world from the outside but on the inside for a little while. The problem is that it involves casting some people in a not-great light, and I know they do not frequent but visit this blog from time to time. I’m not afraid of offending them, I’m just sort of… done with them.

No, today’s post is all about… where are I now? (Also, I sometimes get people correcting my grammar on these posts, like human versions of the Microsoft paperclips that everyone hated. Yes, I know I wrote “are”. It’s a joke on the articles, “where are they now?” Yes, jokes you have to explain amn’t as funny. See what you made me do?)

I’m a pretty creative person. I actually have an entire novel written about Nicolas Cage trying to take over the world with magic to discuss that. But that’s neither here nor there. But part of this creativity is that I can’t always shut off my brain. From time to time, I’ll lapse into little moments where I try to think about whether or not something looks like a dragon, or whether or not that snow falling is actually little alien spaceships driven to take over the world. It’s actually pretty healthy. But part of this creativity, is that I wondered… what if I stayed with the teaching program?

I probably would be pretty burned out already… I’d be done with my Masters on the one hand, but I’d be stuck in a job I really didn’t enjoy. I wouldn’t have gone to England, probably not even for vacation, because let’s face it, I’d be too busy with finishing my masters and really wouldn’t be in a place to enjoy it. I wouldn’t have gone to see 11 plays, or seen London in so much detail that I can still navigate around certain parts of it like a non-tourist. (But will still take pictures of Big Ben if I get a chance to. Well, the clock tower around Big Ben, because… ok, I’ll stop now.) I wouldn’t be in my dream job advising students, I’d probably be stuck in a house I didn’t like. I wouldn’t have the time to get my creative endeavors done… little known fact is that the part that drove me over the edge was when I wrote my final Bad Shakespeare. Oh, yeah, this blog was ending. I wouldn’t have attended Awesomecon, met Billie Piper, and got her autograph on my arm. I also probably wouldn’t have had the courage to finally get my full sleeve tattoo that I love so much.

You see, the thing is, for a while I was held back, and the only person hold me back was me. I wanted to go out and do fun things, but I needed to stick with my full time job, save money responsibly, buy a house, have 2.5 children, save for retirement, then… then I could pursue my dreams? But, then, as I grew miserable in my full time job - and this I’ll point out had nothing to do with the job since I loved everyone there… well, not that guy who smacked his lips when he ate. He I just liked. Anyway, I needed a way out, because I was getting burned out and I hated my life. So, I jumped on the teaching thing because I thought it was what I wanted, and it was far more respectable than the “English Majoring” thing I’m doing now. I mean, I don’t have a real office job. I swim coach. I tutor. I advise. I do any of the million things that come my way. It wasn’t until I realized that I was holding myself back was the problem.

And we all do this. We take a look at people’s lives around us and we think, “why don’t I have a house? Why don’t have a job that pays a billion dollars a year?” The thing we never ask ourselves, “will this make me happy?”

Turns out that it took about eleven years, but I learned the very important lesson that being happy is way more important than fitting in any day.

So, it’s been a year. I’ve had some amazing adventures… things I never thought I’d do. I’ve made some decisions about my life. Important ones. I’ve been able to admit to myself all those things that I didn’t think a responsible adult would be able to admit to himself. Is some of it selfish? Hell, yeah it is. We need to get over the idea that all selfishness is bad. A lot of selfishness, as it turns out, is pretty awesome, as long as you’re not hurting anyone. But my point is that none of my adventures or growth as a person would be possible if I didn’t sit back and say, “oh. I don’t like what I’m doing. Let’s move forward.”

It’s been a great year. Now, let’s see what adventures the next year is going to bring.
Posted by Bad Shakespeare at 5:00 AM