Ladies and gentlemen, it is now December 24th. That can only really mean one thing: That it’s time for Christmas movie marathons! Everyone has their special movie that they watch over Christmas. Sometimes it’s an actual Christmas movie, sometimes it’s just something that means a lot to them. But I think it’s important that today of all days that we focus on those movies that impart to us the true meaning of the Holidays.

Some of you may be asking “Well, why just Christmas movies, when there are so many other Holidays this time of year?” Well, I respect all different holidays, no matter whatever you celebrate. But the fact of the matter is that a lot of people make Christmas movies. And the only non-Christmas Holiday movie I’m really familiar with is Eight Crazy Nights by Adam Sandler, and all due respect to the future Emperor of what was once Kentucky... no. I’m not going to recommend that. That is a stain on a brilliant career that does not include Jack and Jill and That’s My Boy. Plus, today is the day that’s actually before Christmas, so we’re going to focus on that.

So with no more gilding the mistletoe, here are the movies you should be watching for your Christmas movie marathon. Scrooged. There have, at the time of this writing, been roughly a billion different variations on A Christmas Carol. So much so that the last person to attempt to write another variation was visited by the ghost of Charles Dickens and told that if he did try to write it, he’d be visited by three other ghosts who would personally smack him in the face if he tried to write another version of A Christmas Carol. There’s a patriotic themed one based around the fourth of July, people... we need to let it go. Regardless, Scrooged features Bill Murray at his Bill Murrayiest. It’s the classic Christmas Carol theme, but with the added bonus of Bill Murray and the dated 80’s references, but still holds up as one of the best movies ever made. It also proves my Bill Murray Theory that there is a Bill Murray movie for every occasion. Halloween? Check out some Ghostbusters. New Years? Ghostbusters 2. Summer’s here? Why you get to fight between Meatballs, Caddyshack, or What About Bob?. Found out from a long lost love that you might have a kid you never knew about? Broken Flowers or The Life Aquatic with Steve Zissou. The combinations are literally endless. 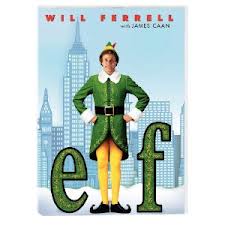 Elf. Of course this is on the list. You see kids, in the midst of Will Ferrell movies slowly becoming “Will Ferrell playing (insert job here) during (insert time period here)” he played a human that grew up in the North Pole with Santa and the elves. As an added bonus, this features Zooey Deschanel back when she was still a little quirky actress who was in quirky little movies, but before hipsters and critics decided that it was ok to hate her. The only down side to the movie is that it forces Ed Asner to blow his cover as the real Santa, as we all know he is. But Bob Newhart is in it, too! Really it’s the only combination of Will Ferrell, Bob Newhart, and Ed Asner that makes kids say, “Hey... I want to check that out!” 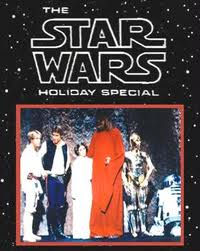 The Star Wars Holiday Special. While not technically a movie, watch it. Watch it and remember that Jar Jar Binks is not the worst thing to happen to the franchise. 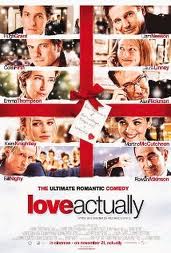 Love, Actually. This one is actually a pretty much the most balanced movie on the list. This has some great love stories while featuring actors that have appeared all over the types of movies that are not Love, Actually. What it’s about? Well, Professor Snape is worried about his marital troubles with Nanny McPhee while Rick Grimes is upset that Elizabeth Swann has married the Operative from Serenity while Laura Linney (I know she did some stuff... I don’t remember what) is interested in the Paulo half of Nikki and Paulo, Arthur Dent/Bilbo Baggins is filming a nudie scene with this chick he likes while the Minister of Magic writes the number one song in the UK for that year, and Liam Neeson pre-wolf punching family avenging days is the widowed father of Ferb from Phineas and Ferb and... you know what... I’m going to leave it to you. Just watch. Those of you who enjoy love stories can go, “awwww...” as someone stands out in the snow and declares his/her love, and those of you who don’t care can just go “Rick! Don’t stand outside so long, Rick, the Walkers will get you!” 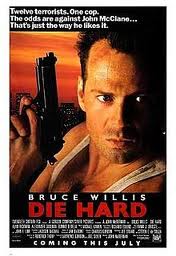 Die Hard. This is perhaps one of my favorite Christmas movies. What do you get for the estranged wife who has everything and has been kidnapped by terrorists in a high-rise building during Christmas? You get her Bruce Willis. What do you get the terrorist that tries to attack Bruce Willis in a high-rise on Christmas? Body bags! It embodies the spirit of every other Christmas movie ever made. Enjoy the hijinks of Home Alone? This has hijinks and cool traps to stop even bigger stakes. Miserly old man doesn’t understand the true meaning of Christmas? Well, this terrorist didn’t understand Christmas, an paid for it by being Bruce Willised all over the place. Love story? We’ve got that too, husband and wife to boot!(that’ll help the prudes that get all up in arms when a non-married couple kisses.) Spirit of giving? All over the place. Redemption? That disgraced police officer saves the day. And while Bruce Willis doesn’t greet people with a “Ho-Ho-Ho” he does have his own jolly catchphrase that has become a staple with society.

I want to take this opportunity to say thank you for taking the time to read this blog. Thank you to those of you who have liked the Bad Shakespeare page on Facebook, and thank you for those who have taken the time to comment. Whatever you celebrate, whatever you are doing, I wish you the happiest of Holidays, and I’m looking forward to another great year of blogging on Bad Shakespeare.