The Spirit of James Franco Lives in Our Hearts

Six weeks is a long time. On this blog, I try to comment on everything from silly science fiction to education to writing to just whatever is on my mind for the day. (Squirrel!), but obviously for six weeks... four weeks plus two where I didn’t really feel like writing anything... I didn’t cover anything. I have a few options here.

Thusly, here’s a list of a few things that have happened in the news or around the world that would have warranted full Bad Shakespeare posts in the month of November and early December, but I didn’t get to because I was dedicating my blog to other things.

-Cow and Boy is officially ending! As you may recall, this is the hilarious strip that is like Calvin and Hobbes but with a boy and his cow instead, and was cancelled so that more digital room could be given to reruns of Peanuts, or other comics where the creator died years ago and now they’re just coasting on jokes that aren’t funny anymore. (There’s a new comic that’s just about a circle. Hilarious.)

Sadly, as Cow and Boy went to web comic form, it was limited to three days a week. As of the end of the year, it’s going to be relegated to zero days a week. Before it’s over, go over and show some love at www.cowandboy.com. It’s funny.

-Core Common Standards for Education are out, and now one group hates it and then the other group that is always against the previous group likes it, and there’s little reasoning or evidence that anyone read anything having to do with it. Because everyone in politics is stuck in third grade where if one side likes it, the other side HAS to hate it, which will make the inevitable cure for Cancer awkward as one side is apparently going to have to take a stance against it.
Me, personally? I read the English part of it, and basically it focuses more on understanding the text rather than just trying to repeat a bunch of facts. Which I’m for. So I’m for that part of it at least. I won’t pretend I read any more of it, or understood it.

Quick note: Bad Shakespeare and it’s writer fully endorses any cures for Cancer, no matter who endorses it. Unless it’s Mike Myers. Where’s our next Austin Powers? Yeah, you focus less on Cancer and more on that.

-Another day, another high school teacher fired for something on social media. This teacher’s crime: she posted a picture of her at the beach, with her fiance holding her... girl part. Yep. We’ve reached that point, where apparently teachers can’t do anything outside of school except sit quietly and wait for the next school day to start.

Why am I bringing up this one when there are literally stories every day of teachers being fired or suspended for the crime of being humans who don’t shut off? Well, for one, it’s her FIANCE. Which means they were ready to be married. Also, there was the little fact that they were both coaches. (Suddenly, you might see where this is going.) She was the girls volleyball coach. He was the boys football coach. And only she was disciplined... Hmmmmmm.... Yeah, so once again sports rulez (with a z, that’s intentional) in public schools.

-This is the only other thing with a quasi political bent, and I have to admit it’s recent enough I debated giving it over to a whole post, but apparently we’ve entered a world where Santa’s ethnicity is a hot button political issue because we’ve run out of things to talk about. For those of you who haven’t been sucked in, basically some FOX News Anchor Lady said that Santa was white, then a bunch of people made fun of her, then she said she was joking (look, the debate is stupid but I saw the clip - she wasn’t joking, and if she was, it wasn’t funny.)

It’s really important to me that anyone seriously debating this issue starts off with the caveat that Santa isn’t real. That’s important for this debate: The magical, all knowing, all seeing, obese man that commands an army of elves while riding in a sleight pulled by flying reindeer (one of which has a red, glowing nose) is a fictional character. That means he’s of no ethnicity. Oh, he can be described, but he doesn’t exist. Just as Bilbo Baggins doesn’t look like Martin Freeman “officially”, Hamlet has been played by more actors than you can shake a stick at, and James Franco’s appearance is left up to everyone’s imagination, Santa is part of our imaginations and looks just like however the person imagining him wants to look. We live in a world that has TWO different Captain Kirks, people. Two. Each one dreamier than the last, but they’re also both not real. (Unless your last name is Kirk and you joined the military. In which case... I’m sorry for all the jokes at your expense. You kinda brought it on yourself.)

Why is this a real issue anyone is discussing? The whole thing came from a harmless article that just suggested what I just said: Santa is imaginary and can look however we want.

-I’m disappointed I didn’t get to do my “Bad Shakespeare Black Friday Shopping Guide” this year, which I had planned since last year. It would have included such great tidbits as:

Whew, I think that just about covers it. Happy Thanksgiving, everyone!
Posted by Bad Shakespeare at 9:12 AM No comments: 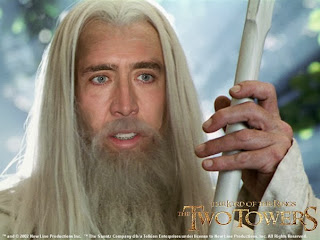 At this point, it’s been about two weeks since I finished the first draft of my Nanowrimo Novel, Mars and Kaplan Save the World. Which is being changed to The Third String. I’ll probably go back and forth on it. It’s also been about six weeks since I’ve done a regular Bad Shakespeare post. I know I promised to restart last week, but I was sort of in a major groove in my editing, and then it was suddenly Wednesday, and I figured I’d give myself an extra week of creating new creates.

I’ve been a busy little bee, editing some of the parts I didn’t like (and, unfortunately, some of the parts I did like) to make it a better novel. The goal has always been to post the first, mad-cap, make-no-sense “proto-novel” (Thanks for the term, Chris) to my blog as a way to hold myself accountable to actually writing the thing. Now I need to finish it up, with the hopes of having it sent to publishers by the Summer.

However, it’s lesson time, because I learned a lot about myself, the writing process, and other people during the whole month of November while I was putting this together. Also while I was active on the Nanowrimo forums, talking to other people and learning things about the other writers out there participating in this event.

-Sadly, the first thing I learned is that a lot of people really want to kill other people’s fun. I mean, I always knew this, but unless some people were really deluded into thinking that their silly first draft written in a month suddenly constituted something that could be sent to publishers (more on that in a moment) this is really harmless fun. I made a few comments on it over on the ol’Facebook page, and here’s a quick clarification:

“Wow, Nanowrimo is stupid” not directed to anyone in particular just ensuring that you want to make sure everyone knows you’re apparently above all this: I can shake off. You’re being a jerk, but I saw plenty of comments on that, and I don’t really care. I mean, I was a little surprised at how much hate was out there, but hey... everyone is welcome to whatever they want to say, really.

“Hey, your protagonist is really week” or other constructive criticism directed towards me: Great. I want to know that stuff. Tell me.

“Wow, Nanowrimo is stupid and your novel is stupid and why are you focusing on demons instead of the glory of Christ you’re going to hell.” That’s a condensed version of an email directed to me by a now thankfully former friend. That’s the stuff that is a little difficult to ignore. Like I said, the first one, directed at all potential writers is just a little immature. The second one is helpful. This one shows a special brand of hatred. Someone  I once considered a friend took the time to sit down at a computer, read part of Mars and Kaplan (or the Third String... Holla!) dissect it, and then offer nothing other than I, personally was an idiot for doing this and that I, personally was going to H-E-Double Hockey Sticks for writing about demons... fake demons, mind you, and Nicolas Cage. I know I’m going to have to deal with this forever, especially as I put my writing more and more out there, but seriously? From a “friend?” Good riddance.

So, to those wondering what had me all riled up that one day, it was that hurtful email, from a very former “friend.”

-I learned that my characters want to tell a different story than I do sometimes. There were plenty of points in my writing where I really wanted things to go one way, but then one of the characters would pop up, say, “nu-unh!” and then make me go off in the other direction, blissfully aware that they decided to change the course of everything. For example, Tyler was just going to be a throw away character that was going to get Mars to the bar. I was surprised when he came along, and more importantly I was more surprised when he was killed! None of that was in my original outline.

-Not everyone is a crazy, “DECEMBER IS PUBLISHING MONTH READ MY 50,001 WORDS ON UNICORNS.” Oh, there are plenty like that, and generally they’re corrected by people. I’d say about 50% of people doing this do it just because at some point they had a dream to be a writer, and somewhere along the line that dream went away, so they use this month just to have fun. Their novel may never see the light of day. They just had a good time writing, and they’ll file their novel under some folder to look back on some day. Even those that fall into the “hey we’re going to publish something at some point” are cool people who are realistic about getting their stuff out there on day.

-The “DECEMBER WILL SEE MY BOOK PUBLISHED ON UNICORNS” people really are crazy. And scary. And people to avoid. Big time.

-It was a lot of fun. Yep. I had a really good time doing it, creating a little world and getting to play in it. And a lot of what I did: Making one of the main characters Nicolas Cage, throwing in the real life Hamlet the Wondercat, etc... some of that was fun, just for me. I don’t know how much of that will survive the editing process. So far it’s all still around, but the first draft not caring about editing or making sure everything lined up perfectly... that was just a good time.

Ultimately, National Novel Writing Month served it’s purpose for me: It fulfilled the promise I made to myself a long time ago to actually complete some type of writing. It allowed me to stretch and get out of my comfort zone. It allowed me to just enjoy myself, more than anything.

I hope you all enjoyed reading it as much as I enjoyed writing it. Hopefully, I’ll have a second draft to play with very, very soon.
Posted by Bad Shakespeare at 9:02 AM No comments: