Goodbye to One of the Greats... 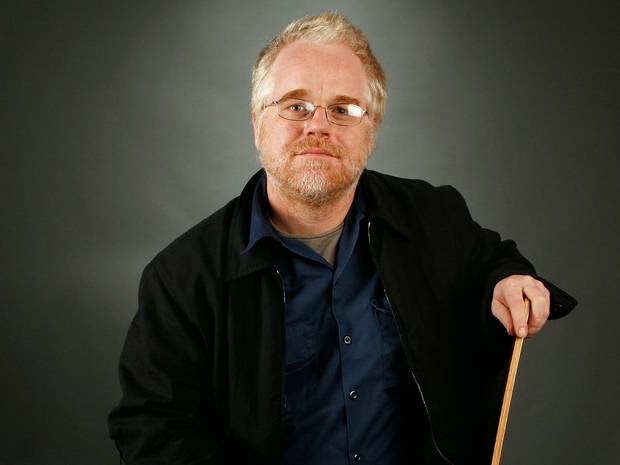 I’m a visual person, so when I read a book I generally take some time thinking about what the characters look like. It’s important to me. This way, I can follow them through the book, usually following them a little too closely, and getting a little too involved. There’s nothing wrong with that. That’s what makes books important: Getting involved with the characters.

I can remember reading a book called Empire Falls. It’s a good book about a small dying town in Maine and a house that was built by a rich, eccentric short dude named Charlie Mayne. While reading that book I thought to myself, “if they ever made a movie of this book, he should be played by Philip Seymour Hoffman.” Then I proceeded to imagine Philip Seymour Hoffman every time the writer mentioned Charlie Mayne, including those times the writer didn’t explicitly mention it was Charlie Mayne, just the hint that it was him. Spoilers, I guess.

Then, they went and made a movie about it. And the director cast Philip Seymour Hoffman as Charlie Mayne! I was excited. They screwed up literally every other aspect of the casting, but hey... they got one of the characters right.

I don’t make a habit of writing about celebrity deaths. But I was really saddened to hear that Philip Seymour Hoffman died yesterday. I know it was a drug overdose and some people are going to focus on that, but I don’t really care. Philip Seymour Hoffman may have been troubled, but he was a man who enjoyed his work. He was a man who looked like he was having a blast in any movie that he was in, whether he was being serious in The Master or hamming it up with Ben Stiller. This was a man that was having a good time, and we could all learn something from that.

I don’t often even think of it when a celebrity passes on. But I have to admit... I was really sad when I heard that he was gone. He was a great talent. Apparently, one that was a little more troubled than anyone knew. But one thing for certain, he’s a man that is going to be missed. He’s an actor that has had an influence on me. I’m going to miss that influence. I really feel today that the world has lost something important today.

RIP, Philip Seymour Hoffman. I hope you are at peace. You’re going to be missed.
Posted by Bad Shakespeare at 4:30 AM