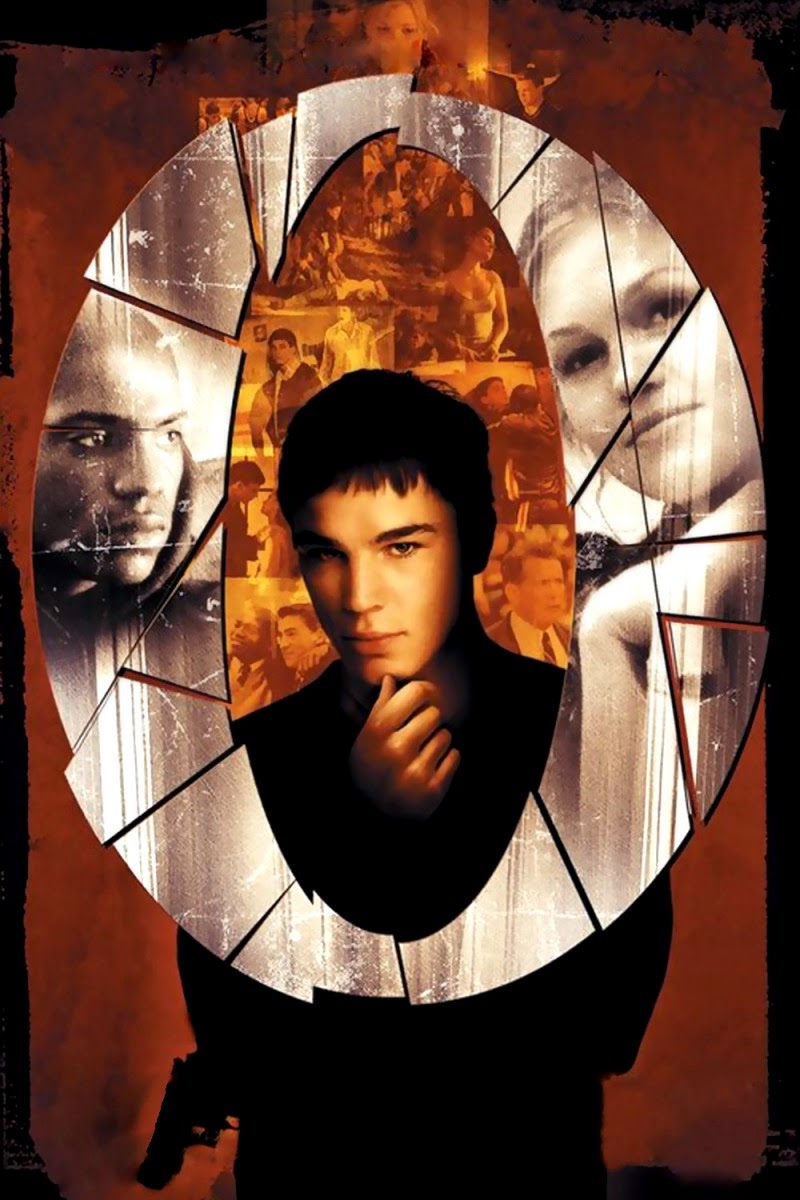 This week we are looking at adaptations of William Shakespeare’s work’s that have appeared on the big screen (or in the case of one, on the little but increasingly getting bigger screen.)

Shakespeare’s works have been modernized, reimagined, rebooted, sequelized, blended, comic-booked, sci-fied, and been redone in so many different ways, sometimes it’s difficult to keep track. Some of them are obvious, like anything that takes his iambic pentameter word for work. Some are stealth, like the Lion King which tricks everyone into watching Hamlet through the eyes of a cute lion that totally wouldn’t have a meerkat or a warthog for lunch.

Why are his works done and redone in this way? The magic word here is themes.  Shakespeare’s themes are universal, even today. So, even though Hamlet is set in a castle back when being set in a castle was normal, the story of betrayal and father/son relationships is recognizable even today. Or The Tempest, which on the surface is about a magic island where weird stuff happens, but is about a father letting go of his daughter and finding himself not needed in the world. (But more on Judith Shakespeare later.) Or even Titus Andronicus, where... you know what, the deeper themes of honor certainly hold a place in life today but... ew. Just... ew.

Othello is the story of well.. Othello a Moor in Venice back when Moors didn’t happen to be very common in Venice. O shifts the story to a boarding school where the one black basketball player is Odin James or “OJ” (sigh) played by Mekhi Phifer. Everything else is there, Hugo played by Josh Hartnett as the scheming, steroid using coach’s kid who wants to take down OJ (Iago.) Julia Stiles plays Desi, the barely recognizable Desdemona character that is WAY too strong and proud to be an analogue for the Shakespeare character. (maybe the director didn’t remember that she has to let herself be killed by Othello/OJ. Other note, I’m going to stop calling him OJ, because it’s stupid, and the writers who put his name down as OJ are stupid.)

There’s also the Duke of Venice as “Duke” the basketball coach, Roderigo is Roger, Cassio is the creatively retitled Michael Casio, and Emilia is Emily, rounding out the characters.

Adapting Othello is a tricky feat. It’s a very popular play to adapt because the themes of race are still relatable today. Othello, because of his race, is a mysterious figure to the people of Venice, who for the most part don’t care about it because he manages to get the job done on the battlefield. The problem is that when people adapt Othello, they tend to focus solely on race, when the play has about fifty billion other moving parts.  That was the problem with O. Essentially they put a black student at a mostly white prep-school, show that he’s really good at basketball, and then play up the racial/jealousy angle while trying to keep it as modern as possible. There are three main problems that I didn’t like with this adaptation. (With bonus fourth reason!)

The first is Hugo as Iago. Iago, is one of my favorite Shakespearean characters. Mostly he gets painted as “racist” because he goes up against Othello, and that’s the easiest way to portray him. He also gets labeled as “liar” because... well, he’s been known to stretch the truth a lot. However, Iago really cares little about race, and he’s really a very honest character. He doesn’t lie to the audience at all, and he wants Othello out of the way because not only does he not trust him, but he believes that’s what’s best for the army. Also rare for Shakespearean villains, he doesn’t do much of the killing himself. Remember, Othello kills Desdemona. (This is an interesting side note.)

Hugo, here, has been relegated to the spoiled rich kid who takes drugs, isn’t as good as he thinks he is, and extremely selfish wanting the job of best basketball player ever solely for himself. He also has the bonus fourth reason I don’t like this adaptation of sitting in a classroom while an English teacher talks about Shakespeare, and he whispers, “I thought he just made movies now.” Why? Why would you do that, writers?

Secondly is Desi. I have no problem with Julia Stiles for the most part, and tomorrow we’re going to explore her in comedy, but everything about this character was wrong. Look, I realize that in the early part of his career, writing women wasn’t William Shakespeare’s strong point. (Again, more on Judith Shakespeare later.) But Desdemona wasn’t a strong character. She was defined by her relationship with Othello, and she was defined by her feelings toward him. At the end of the play, while being strangled by him, she accepts her fate. Desi, in this, fights him every step of the way. She challenges him. She is a strong character here. There’s nothing wrong with strong characters - none. But Desdemona herself is NOT a character that is strong enough to fight him. Plus, you take away the fact that they’re married, and here you have someone who should have broken up with him and left him around the time he accused her of cheating on him. Again - not in the play as everything was very hush-hush behind the scenes implied.

There’s also the death scene in general, where they have a nice conversation before O strangles her, when the whole point of the scene is O’s cowardice in dealing with her, and approaching her at night.

Finally, the issue of race in the movie is what takes me out of it. The easy way out of Othello is to play up the race factor, as I’ve mentioned before. While important, it’s not the only reason. Iago uses race as a factor, but he does not only hammer away at the issues in front of us. O wants us to only think of race as the reason that Hugo wants to be rid of him. The final speech... his famous, “It is the cause...” speech is relegated to a passionate display of how they shouldn’t use race to judge Odin before he kills himself. None of the other factors are easily there... jealousy. Othello’s often mentioned past. Nope. Just drugs, basketball, and the rich white kids ganging up on the black kid.

This is an example, to me, of taking a Shakespearean work and not doing the work needed to really pull what is important out of it, or just pulling something superficial out of it. There are adaptations where both Othello and Iago are Moors, which then shifts the focus onto Iago’s sense of entitlement. There was a race flipped version a few years ago starring Patrick Stewart as Othello. These picked up on the different themes running around these plays, not just, “ok, here’s one about race, let’s just do that.” It’s important to remember when adapting this, or any other play, to really dig down deep into what it all means.

Posted by Bad Shakespeare at 7:51 AM