SOA Fridays: It's Hamlet, but with more Leather 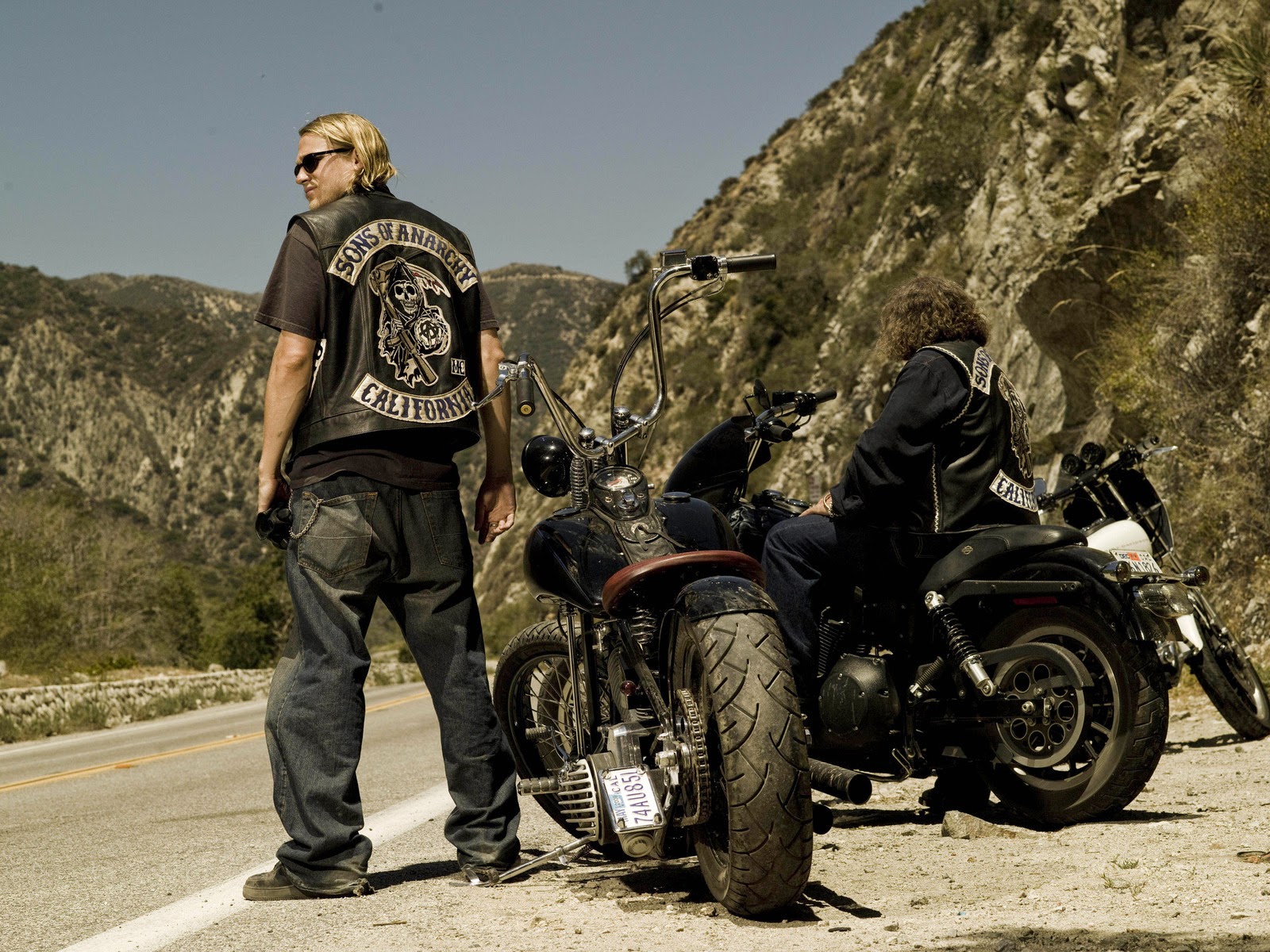 Recently, I explored the world of Breaking Bad. The fact that I felt because of the symbolism, the characters, and plot, not only was it literature but it had a Shakespearean bent. Of all the posts I’ve written on this website, that was the most visited, and something I’m proud of.

It’s important to keep in mind that while exploring that, there was no direct parallel to any of the bard’s works. There were some things we could compare, but Vince Gilligan, the writer of Breaking Bad, at no point said, “Walter White represents Macbeth.” It just sort of turned out this way.

A few people pointed me to a show I hadn’t watched before called Sons of Anarchy, which is a Hamlet story. In this event, yes, the show is exactly that... the story of Hamlet, with some parallel characters, themes, etc. So I decided to give it the same treatment that I gave to Breaking Bad, and I’m going to start during this, the celebration of Shakespeare’s Birthday.

Welcome to the first installment of Sons of Anarchy Fridays, here on Bad Shakespeare.

If you would ask anyone what the most adapted Shakespearean work was, you’d probably come down to two answers: Romeo and Juliet, and Hamlet. The label “Romeo and Juliet in a...” gets thrown around a LOT, and is essentially used to describe any story that features two star crossed lovers, (or parents who hate each other. Or rival gangs. Or rival monster groups. Or... you get the idea.) while ignoring the deeper themes of death, life, mistaken identity, and war. But for true adaptations that try to capture the theme, that would have to be Hamlet.

It makes sense, too, believed to be written following the death of his own son, Hamlet explores a father/son relationship as well as the ideas of loyalty, family, revenge, madness, action vs inaction, fate, ghosts...

So Kurt Sutter, the creator of Sons of Anarchy (SOA) said, hey, let’s set it all in a biker gang!

SOA tells the story of Jax Teller, the Vice President of the Sons of Anarchy Motorcycle Club Redwood Original (SAMCRO or Sam Crow). As the story opens, his junkie ex-wife prematurely gives birth to his son, Abel, and he finds a storage unit containing the diaries of his father, John Teller. SAMCRO has been in the gun running business and generally owns the town of Charming, California (including having a complicated relationship with the law... sort of love/hate.) and the diaries indicate that this isn’t what his father wanted. But more on that as we go along.

Running the club is Jax’s Uncle-father, Clay Morrow, who was John’s best friend, and now married to Jax’s mother following the death of John, Gemma. So yeah, there’s your Hamlet/father connection right there. There are other characters as well, including Clay’s right hand man Tig, middle of the road Bobby Elvis, Not quite a member Half-Sack, Horatio stand-in Opie, Club co-founder Piney, Juice, and Chibbs, all plaing very specific roles. There’s also Tara, the doctor who left Charming, and is the main love interest.

Let me start out by saying that this show is incredibly violent. Not Titus Andronicus violent mind you, but you are dealing with a biker gang. One of the things that always amuses me when looking at things like this and Breaking Bad are the little ways the writer gets you to look at something like a violent biker gang and say, “hey... these are the good guys... I want them to win!” But we will explore this as well, and the brilliant way it is done.

Now, this is a Hamlet story, so it’s important that we remember what that means. We are talking about a story that has Hamlet-type elements, in this case a strong focus on father/son relationships as well as revenge, death, and a few other themes. This isn’t a shot for shot remake of Hamlet with people wearing biker helmets and getting into turf wars. This has elements of Hamlet in it, the most obvious being the mother marrying the “brother” type situation and the prince/VP/cool biker dude. (Who is referred to as a prince several times.)

Take Gemma for instance, which we are going to explore. Gemma is clearly the Gertrude character, the mother of the hero who married his “brother”. However, while Shakespeare never really answered that question, “What did Gertrude know?” Gemma clearly knows just about everything, and manipulates everything behind the scenes, just like Volumnia in Coriolanus. Fine, just like that one chick in the scottish play. You happy now?

I mentioned earlier that one of the the things that’s so great with some of Shakespeare’s works is the ability to set them in just about any time. Some of them. Some of those themes are universal. Hamlet is one of those stories that has a timeless appeal to it. Father/son issues will remain a good story narrative until the end of time. When I started SOA, I was curious as to how that would play out, and it has been an interesting ride. I’m looking forward to exploring more of it as the show continues (for me, at least, I’m only up to Season 4, I hope to be up to season 6 by the time I write the next Sons of Anarchy post next Friday.)

I look forward to exploring this show as a Hamlet narrative, and thus justifying why you should be watching it instead of doing your homework.
Posted by Bad Shakespeare at 9:39 AM