Banned Books Week: The Absolutely True Story of Calling The Police When You Don't Get Your Way 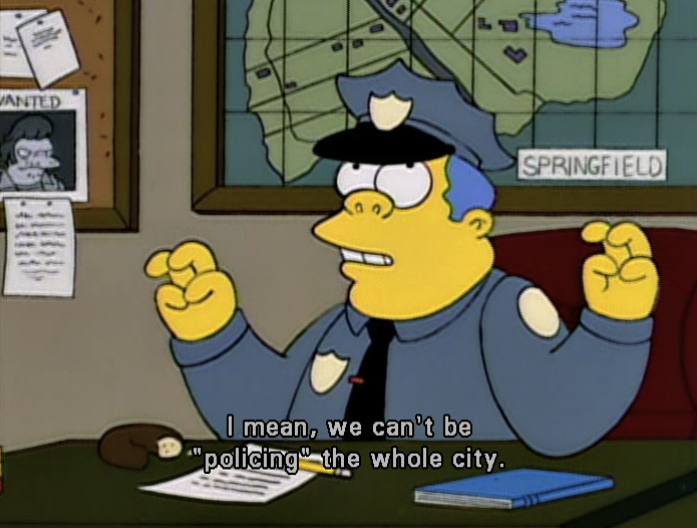 As we continue with our important week, I wanted to discuss one book in particular. The Absolutely True Diary of a Part-Time Indian by Sherman Alexie.

I was first introduced to this book while taking a class on Young Adult Novels. Or Methods. They both had the same professor, so the classes tend to run together a little bit. But they were both fun and I’d recommend them to whoever reads this blog and gets a chance to take a class with this particular professor. (Now you get to guess who. It’s not hard.)

The Absolutely True… (I’m not going to keep tying that out, no matter how long I want to make these posts) is about a Native American kid nicknamed Junior, who lives on a reservation and in extreme poverty. During his first day of class, he finds his mother’s name in a history book, realizes that his situation is so poor that the school can’t afford books, throws it at a teacher (never recommended) and get suspended. The teacher is cool about it, and tells Junior he has to leave the “rez” if he wants to get anywhere. So he does. The book deals with poverty, racism, bullying, and because it’s a coming of age novel, those three letters that scares everyone, sex. (I think we all tend to forget how much puberty sucks, which is why we get so touchy about sex in young adult novels.)

Naturally, this book is challenged in a lot of places and banned in a few others. One place it’s banned under the criteria from one parent, “it uses language that we do not use on our household.” No word, really, on whether other households use that language and why it should be banned from those, but I wasn’t wiling to do that much research. But despite the fact that it’s an award winning book that many kids enjoy reading, it’s banned.

Also, going with the naturally theme, I think this book is important, it shows some unpleasant things (such as the narrator’s sister getting drunk and setting fire the her mobile home and dying) but if we all had the same experiences then we would be living the same life and there would be no need to write books. I don’t know that I can add more to what I’ve emphatically said about every other book that I think shouldn’t be banned, but should. I could type just about anything else here, but I’m not certain you really need to hear me say again that books shouldn’t be banned.

No, I bring up this book because of something far scarier. It has a happiesh ending, but it’s scary to me. You see, when this book was banned in Idaho, where it had been used since 2010, the students decided to take action. The students - the ones reading the book - decided to take action. That’s not a typo, that’s me repeating myself for effect. Three Hundred and Fifty Students signed a petition to get the book back in the curriculum, because they didn’t want their education censored.

But, naturally, to protect those kids, the parents continued their crusade until the book was banned.

Won’t someone please think of the children?

Anyway, this is the point in the argument where someone usually says, “It was just banned from the classroom. It’s still perfectly acceptable in libraries!”

Here’s where the story gets scary/happy/scary. So, two nice individuals took that list of 350 names, and decided… hey… let’s raise money and purchase books for these kids to read. So they did. They raised money to purchase The Absolutely True Diary of a Part Time Indian, and distribute the book, free of cost, to anyone who wanted to pick up a copy.

And then someone called the police.

Someone picked up the phone. Someone dialed the police. And then they complained. Because kids were getting books. In America. In 2014. (This happened in April.)

Now, where this is happy is that when the police showed up, they were all like, “what are we doing here?” and then they walked away, hopefully to give the people that called a stern lecture about what the police are supposed to do.

This story bothers me. A lot. It’s one thing to not want your kid to read a book. It’s even another to get it banned. Those are things I can wrap my head around, even if I disagree with you on this. But to call the police because kids are getting a free book? What? This isn’t some mind altering book where they have to join a cult or pledge their lives in the service of Dumbledore for eternity. It’s a book about a poor kid, living on a reservation and wants to better his life. (And maybe… just maybe… Idaho with it’s 5 reservations would find this timely and appropriate.)

The response to call the police is not just taking the book out of your own kids’ hands, it’s ripping the book out of anyone’s hands… anyone who wanted to read the book. No longer are you making a parenting judgement, you are trying to criminalize a book, and seriously, that’s messed up. That’s the epitome of censorship. That’s a story that should be coming out of North Korea, not 2014 Idaho.

This is an extreme example, yes, but I use this story to show a real overreaction when it comes to kids reading. Keep in mind, this book was banned, and the parents could have simply told their kids not to read it. But instead, they chose to actually attempt to have people arrested for distributing the book - which had been banned in the classroom but not in the town, forever.  There were literally a million other ways to handle this… the book had already been removed from classrooms. You wanting to ban the book… you won! To call the police to a free book giveaway so now NO ONE could read it. That’s just some comic book super villainy right there.
Posted by Bad Shakespeare at 5:00 AM