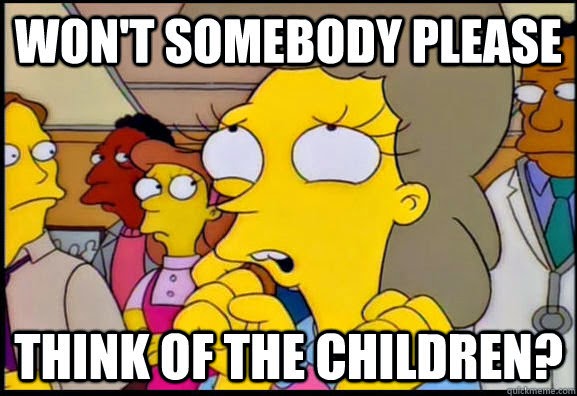 It’s the time of year again. That time when I dust off ye olde soap box and pull out ye olde megaphone and start dropping some awareness and knowledge about something that’s near and dear to my heart.

That’s right, everyone it’s Banned Books Week. Depending on where you stand on this issue, It’s time to bring out the pitchforks and torches, or to bring out the high fives and supermodels. Either way, it’s going to be an interesting week.

Since I first typed out the first few pages of Bad Shakespeare, I’ve talked about Banned Books, not just during this week, but whenever I find a particularly amusing story about book bans (or attempted book bans… more on that later this week) that have gone through for whatever reason. And the response has been interesting….

Disloyal readers, feel free to browse the archives. Also, I’m not going to really apologize to you because I feel if I repeat myself to you, it’s at least new.

You see, because I was raised not to just believe something and then roll with it (Thanks mom and dad) I actually don’t just do research by finding the five people who think like I do, read what they have to say, then congratulate myself on a job well done. No, I actually do research and I’ve heard some of the arguments in favor of banning books. Some of them are reasonable. Some of them are downright terrifying. And while I can respect the point of view of some of the book banners, I’m afraid we’ll have to agree to disagree.

For today, I want to discuss the go-to for people who want to ban books (and one of the things that I’m really passionate about) and that’s “We just want the book pulled from the classroom, not from the school! The other students can read it in the library.”

I’m going to pull the curtain back for a second, and get real with all of you for a minute. (If this were a movie, this were the point that I’d prop my leg up on a chair, non-menacingly to let you know that I’m your buddy while you roll your eyes because I’m not your buddy.) I want to explain one of the frustrations I had while trying to get my teaching degree.

Imagine you’re at work. You worked very, very, very, hard to get where you were. Now, imagine that your job requires you to take extra training. In fact, part of your training requires you to do the job itself while being evaluated by three different people and not getting paid. When you’re done with your training, and you get a job in a field that’s rapidly losing funding, you have to re-new your training once every couple of years.

With all that training, including the current stuff, you should consider yourself pretty knowledgeable.

Now, one day, someone comes into your work and tells you that you can’t do something. The have no training, and their knowledge of what you are doing is limited to a few TV shows, some things they read online, and maybe a form letter they were asked to fill out. They don’t know what you do. They just want you to stop doing it, because it offends them.

That’s pretty much what it’s like to be a teacher in some places, especially ones where a book is being removed from the curriculum.

Teachers already have a limited resources when they pick a book. Is it a book being used in the county/state/area? Are there enough? Has it been through a vetting process already?  Which teachers are going to use that book? That doesn’t include the fact that books being used in the classroom, even if they are approved through everything else and being used, have to be justified to the school board, and plans to use the book have to be made well in advance.

But people want these books pulled for a variety of reasons. And (I’ve made this point time, and time, and time again) rather than discussing these reasons with kids, some parents just want to bury their heads in the sand. They want to yell at teachers. They want to teach their kids that teachers aren’t to be respected, and then wonder why test scores go down or kids act out in class. That’s what it comes down to. Respect, or lack thereof, that a teacher who has been through this training is unable or unwilling to pick a book “correctly”.

People (not just kids) need to be challenged. They grow and prosper when new things are thrown at them. But here’s the thing: It’s ok to disagree. It’s ok to sit your kids down and say, “we don’t use this word because…” or “we don’t believe this because…” Any GOOD teacher will take that into consideration when assigning a final assignment or grading. If there’s a problem with a teacher mocking your kids’ beliefs, THEN you should get involved. But what’s wrong with having some kind of challenge?

There’s also some book banning based on the “appropriateness” of the content. The thing is… who decides what’s appropriate for all students? I still laugh when I think about the documentary Bully that was rated R, keeping kids (the target audience) from seeing it… because of words that the kids used in the movie! If you want to teach your kids what is appropriate, then why not use this as a jumping off point? “That’s not something we do.” Discuss. Don’t bury.

Plus, remember the point I keep making: don’t teach your kids to disrespect teachers, and that’s what you do when you say, blow up at  school board meeting because the kids are reading something you don’t like. Don’t teach your kids that teachers are the enemies, then sit around and wonder “why aren’t they learning?” or wonder what happened to test scores or the American Education System. 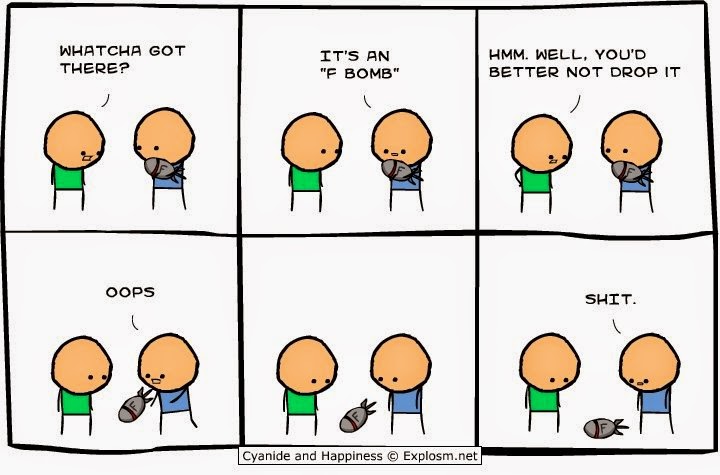 Trust and Respect. Important things to remember.
Posted by Bad Shakespeare at 6:00 AM