Banned Books Week: "Challenged Books"... Not Quite Banned Enough For Some 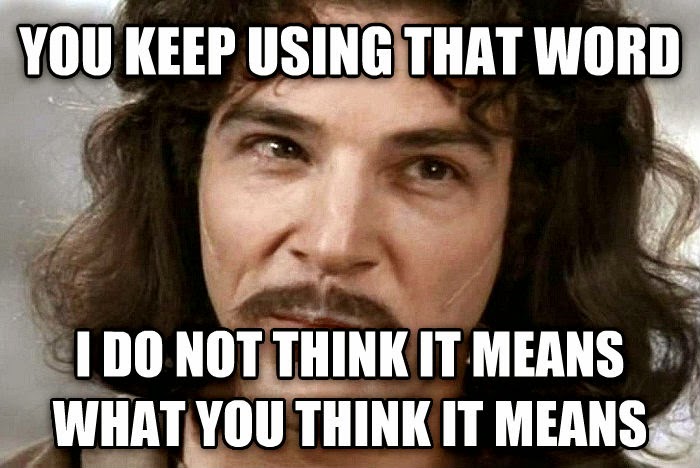 Yesterday I mentioned that I had two issues I wanted to address when looking through blog and the thoughts of the people that wish to ban books. One was the lack of respect for teachers and kids. The other one is today, and that’s the word “challenged.”

"Challenged" is a fun word. It can mean many things. It looks like a powerful word. And Banned Books week champions (another fun word) books that are banned or challenged. But few people have jumped on that word in a specific kind of way that makes me a little sad inside.

This is not a direct quote, but sort of a paraphrasing of what I saw when I was doing research on Banned Books week and trying to address those that wish to Ban Books. There were many variations of this line: “Banned Books Week raises it’s numbers by showing not just books that were banned, but books that were ‘challenged’. Challenged doesn’t mean that it was banned, just that people were asking questions.”

I’m going to pause for a moment and say that asking questions can be a good idea, when you want to learn something. I believe that everyone should be informed. But there’s a difference between, say, asking a question to learn something like, "hey, what's so bad about this book that you want it to be banned," and "hey, why do you hate all kids and America as well by allowing this filth to be strewn about our schools." One wishes to know an answer. The other has an answer already in mind, and doesn't want to learn anything. In this case you aren't asking questions, you're being a jerk.

“Challenged” books need love, too. Sometimes, it’s just one vote that stands in the way of a book going from “challenged” to “banned.” For Challenged books, someone did take the time to highlight the passages that they didn't them, then took it to the (hopefully proper) place to get it removed. Sometimes it just means that one person found a problem, found a group sympathetic to their cause, and sent out a form letter asking for everyone to support a book ban. Such in the case of The Diary of a Young Girl, by Anne Frank, which was once challenged by a group that once said, and I'm not making this up (apologizes to Dave Barry) "I heard it's a real downer."

Challenged still means that someone wanted it removed from the curriculum or library. Even if it wasn't successful once, it's on the radar now.

It bothers me a little bit that someone would want to exclude challenged books. Yes, they were successful in stopping a ban in some places. But that doesn’t mean they are teflon, and can never be banned again. How many times has Huck Finn or Beloved been banned and unbanned? It’s been a lot. So many to the point that I remember we had a discussion of banned books when I first read that one, oh those many years ago. (This was back when the internet was in its infancy, and Wikipedia was housed in large buildings called “Libraries.”)

Because a book is challenged in one school district doesn’t meant that something won’t happen in a another, and the outcome will be different. It’s important to keep those books on the lists, so people can know what is out there being challenged, and people can stand up for it. It’s not “raising the numbers” or trying to promote some kind of scare tactic, it’s addressing the fact that these books will possibly at some point become one of the banned ones.

Yes, wins on the side on the right to choose what you read are important. But they can be fleeting, and there’s a matter of time before they are challenged again.

Challenged books are the very close cousins of banned books. Very close. To the point that they stay over on Friday nights and everyone in school thinks that they are actually siblings. You know those cousins. Everyone knows some cousins like that. And if you don’t, well, then, at least you have my cool analogy to go off of.

Challenged Books aren't suddenly safe. It doesn’t mean that some final battle was fought and the book will never be challenged again. It just means that in one instance, the book wasn’t removed. And that’s not just raising a number as a scare tactic, challenging books so they can be removed from a curriculum or a library is part of the problem, and not one we should face in America today.

Banned Books Week isn't some great plot from the ALA to drum up awareness for a fake issue. Including Challenged Books is important; it shows that the struggle is very real. To even suggest a book should be banned is a dangerous one, it removes ideas from the classroom. Very real ideas and issues that may need to be explored. When I was in Teacher-School, one of our lessons was a reminder that the assumption that we all come from the same place with the same values is a bad one. We took half an hour in this class on this issue, because one person couldn't grasp the fact that someone might not be rich enough to have their own car, and thus we couldn't assume that they would have access to one. Banned Books Week is a little like that. It's a reminder that we are all extremely unique, and we can't ban that uniqueness from the classroom because it's unpleasant. We can't challenge it because we think it's wrong.