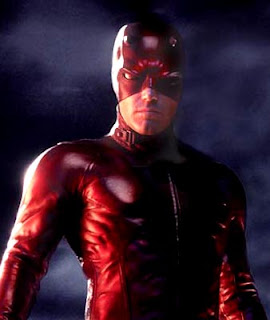 Many people don’t remember, but there was a time when the Internet wasn’t just to spread 1980’s and 1990’s nostalgia while new social media is slowly absorbed by the Facebook Monster. (I call him FACBOAR and he ate one of my friends. Now we fight nightly in a dream world once known as “Myspace” with my good friend, Google Plus.) No, once upon a time, it allowed people to share unused Star Trek scripts. In fact, one of my earliest experiences with the internet involved this new show called “Star Trek: Enterprise” and it was going to star that guy from Quantum Leap and HOW DARE HE TRY TO GET INTO STAR TREK!! NERD RAGE!! REALISTIC CHEWBACCA ROAR!!!

Lately, we’ve seemed to return to that mindset on the magical internet. We hear about a great new movie being cast... let’s say it’s Con Air 2: Con Air Harder. We find out that Nicolas Cage is returning (yay) but the bad guy is going to be a tough guy type... a former boxer that spews catchphrases and kicks explosions into submission. Immediately everyone’s minds turn to the only man who can do that: Bruce Willis. However, it’s been proven by Action Movie Scientists that putting both Nicolas Cage and Bruce Willis on the same screen at the same time will lead to a collapse in society itself, devolving us into a feudal society where we’re ruled by king with no electricity, and instead it’s going to cast Channing Tatum, who can still spin kick explosions but sadly lacks a catchphrase. Well, not really a catchphrase so much as a look that says, “Hey baby... how you doing?”  But the internet explodes. “NAY!” it screams. “NAY YOU SHALL NEVER SEE THIS MOVIE BEING MADE!” And explodes, vowing never to see it until the first trailer, whereupon it makes a billion dollars and earns Nic Cage another Oscar.

This is a reminder that Nicolas Cage Oscars = 1. Leonardo Dicaprio Oscars = 0 Just sayin’.

That’s been happening a LOT lately. It happened most recently with the movie based on the “book” Fifty Shades of Grey, which, being based on Twilight Fan Fiction (That sentence made me sad. Know that there’s an hour gap between this sentence and the rest of the post where I’m sobbing into a bottle of scotch.) meant that everyone wanted it played by the “actors” who were in the other Twilight movies. It also happened with the recent casting of a certain Oscar winning actor, Ben Affleck.

As many of you may have heard, Ben Affleck has been added to the pantheon of actors to portray the Dark Knight, actors that have included Adam West, Val Kilmer, the one guy from Newsies, Beetlejuice, and George Clooney. And maybe you heard there may have been a little bit of backlash. Actually saying it was a little bit of backlash is like saying that Wooly Mammoths sounded just a little bit like Ray Romano. No, the internet itself threatened to explode, but thankfully a 20 year old woman danced in her underwear and everyone moved onto that for a little while.

So.. here’s my confession. I jumped on the bandwagon pretty early of the “I hate Affleck”... but I think he’s going to do a pretty decent job.

Now, before the internet explodes again, and I’m forced to show another picture of Miley Cyrus twerking to draw attention away from that, let me explain. He’s going to do a good job because of the good job he did in Daredevil.

Wait... no... listen to my argument... I have a picture of her twerking and I’ll post it again, I swear to Tom Hanks... (We’re in Prestige Season, remember.)

I think people tend to forget that back when Daredevil first graced our screens, movie studios weren’t legally obligated to release a comic book movie every other week, and the mere idea that someone could be nominated for an Oscar for playing the clown prince of crime was scoffed at. SCOFFED! We were treated to X-Men, which contained such wonderfully serious lines as “What should we wear, yellow spandex?” Hilarious. There was also Spiderman which changed the basic powers of the main character, and changed one of the defining moments that made Spiderman who he was. (That final scene was Gwen Stacey, and Spiderman killed her.)

But Daredevil... Daredevil stayed so true to the original source material, which is pretty dark. Take a look at Daredevil’s past, he’s kind of the hero that gets dumped on. He’s a lawyer, who works grew up and now works in the “bad part” of the Marvel Universe and tends to team up with Spiderman from time to time. (And once Batman, in this really cool crossover.. never mind.) He’s not a really “happy go lucky, quippy” kind of superhero, he’s dark. And Ben Affleck actually played him kind of well. Maybe a little over the top melodramatic, but that’s Daredevil. That’s the character. I’m not saying it was 100% perfect, but I’m saying that I enjoyed the movie. Most of it. The training montage was a little very unnecessary. (And of course, we know that Evanescence is still going strong to this day...) (Yes, I know that it still exists. But it never did hit that level of fame post-Daredevil. I credit Michael Clarke Duncan with all their success.)

The big defense a lot of people are going back to is the casting of Michael “Mr. Mom” Keaton in Tim Burton’s version of Batman, which looking back, was just as horrifying as you’d expect. (Not horrifying as in bad, but horrifying as in, “wow, if a guy is going to dress up as a giant bat to scare criminals, then Tim Burton should design most of the stuff.) With all the defenses now, Michael Keaton was the perfect Batman (and Bruce Wayne) for the director. Put him in Christopher Nolan’s “Hey Batman is real! Let’s invent a perfectly logical reason to put Anne Hathaway in black leather despite the fact that the best reason to put Anne Hathaway in black leather is Anne Hathaway” world and we’d be having a completely different discussion, one that involved how much Batman Begins sucked.

(Instead he cast the guy from Newsies. Who has as many Oscars as Nicolas Cage. These are facts.)

I’m just saying: We need to stop with the armchair casting director. The truth is, we don’t know who is going to be capable of what. For all we know, Channing Tatum is waiting for that big break as Hamlet. And Patrick Stewart just hasn’t gotten a chance to play a kickboxing rocket scientist just yet. Yes, sometimes that faith fails. Sometimes we get Tom Cruise playing what’s supposed to be a six foot tall former Marine playing him with all the intensity of a four year old playing space man. My point is... we don’t know how Ben Affleck is going to do as Batman until a few years from now, when he dons the pointy ears and hopefully the nipple-less bat suit.

My dirty secret: I’m looking forward to see what Ben Affleck is capable of. Now a message to him, as I’m sure he’s a big fan of my blog: Don’t Reindeer Games this up.
Posted by Bad Shakespeare at 10:22 PM