Book vs. Film... The Fault in Our Stars 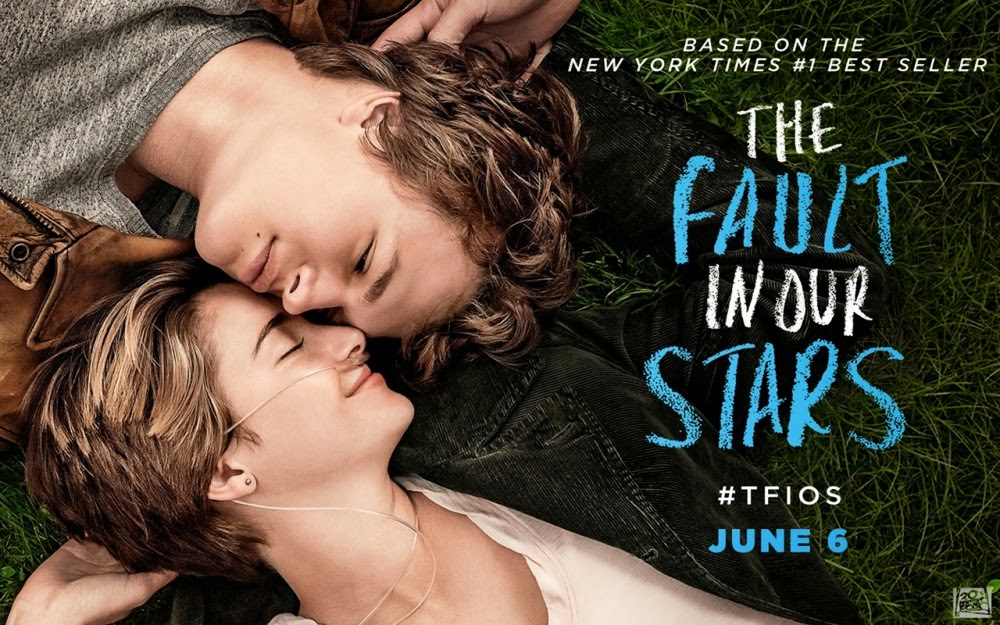 A few months back I did a post that was about the Willem Dafoeing of one of my favorite books of all time, The Fault in Our Stars. Now, this was back in September, well before the movie premiered and the only thing we had were rumors and some filming reports. The good old days. I talked about how desperately I wanted the movie to be good, to recapture the feeling I had when I read the book, but I was still wide-eyed and full of hope, like I am now that Star Wars, Episode VII is going to be excellent despite all evidence to the contrary.

I really wasn’t disappointed. In fact, this was one of the rare movies that made me fall in love with the book all over again.

Watching a movie or TV show based on a book is always a tricky prospect. Firstly, the book is always better. A book is sort of infinite in a way, without much limiting it beyond the ability to keep the reader interested and material for the book to cover. Some books can do that quickly, like The Ocean at the End of the Lane or Shopgirl which covers a lot of emotion and plot in a relatively short period of time. Some books can keep going, like the Historian, Jonathan Strange and Mr. Norell, or The last Harry Potter book, which I’m relatively sure is actually finishing up sometime in the next two years.

With a movie, that’s harder. For every Lincoln, which enthralls us every minute it’s on the screen, there’s Sandra Bullock yelling in your ear so much that even George Clooney can’t stand being attached to her for very long. (He got to leave the movie early. The rest of us not so much.) You can’t spend as much time in a character’s head because we need action and plot moving forward and things happening. Except, arguably, for Fight Club. Since most of the inner monologue is the main character going crazy on the outside. Oh, yeah, spoilers for a movie that’s been out for a very long time and you should have seen already if you haven’t. And read.

There’s also the fact that when you have a book that’s told in the first person perspective, like The Fault in Our Stars, there are two ways of handling it. You can do a voice over, which, if used incorrectly, can weigh down the story, or you ignore it completely and completely change the entire meaning of the movie. (I’m looking at YOU, Hunger Games.)

It’s an odd feeling. I wasn’t planning on loving the movie quite as much as I did. Not that I walked into expecting to hate it. No, I’ll save that for Leprechaun: Origins as part of Bad Shakespeare’s Summer movie coverage. (and the final: Let’s dump a movie on Labor Day movie.)

It was never going to be an easy sell. You sort of had the Manic Pixie Dream Girl (Guy) in August Waters, who was there to shake the sad, depressed, waiting-to-die Hazel out of her funk. He was a little more grounded than your typical MPDG(uy), further stealing the term coined by Nathan Rabin a few years ago. (It was to describe Natalie Portman in Garden State. The magical girl sent in to save the depressed guy.) You ale have dying teenagers, which is never an easy sell, because, well, we typically go to movies to get some kind of lift, not watch the chick from Divergent get berated by the Green Goblin just before she goes to make out with a guy in the Anne Frank House.

I have to say, Willem Dafoe really sells his part, and is pretty spectacular in the way he manages to make an unsympathetic character - a drunk, lonely writer who yells at two dying teenagers and tell them that he refuses to help them even if they are dying - a pretty cool character. He’s never apologetic, but exudes someone who desperately wants to spill everything on his mind but can’t communicate it.

That’s not to say the other actors don’t do well, particularly Shailene Woodley, who, as I mentioned earlier, had to do a lot of the heavy lifting as a result of the fact that Hazel is the main character, and the entire book takes place through her eyes. I just needed to point out Willem Dafoe, because I most interested how they were going to bring his character to life.

When I walk into a movie or a television show that has been adapted from a book, I really try to treat it like it’s separate from the source material. At the end of the day, it is different. Even though it’s based on a book, someone took that source material and had to re-write it into a new medium. And, as a book isn’t a play isn’t a movie isn’t a musical isn’t an interpretive dance… (I could go on but I’m assuming you get the point) it’s a separate thing. That’s why the great Game of Thrones debates of late have been disturbing me… too much gloating over knowing what’s going to happen by some of the readers, up until something unexpected happens that surprises everyone, then complaining that something was changed. A Song of Fire and Ice is like a billion pages long. There will be some differences between the book and the show. But for some readers, it seems it’s almost impossible to just enjoy the TV show, you have to jump into the dense tome to fully gain their trust.

That’s another post, probably best saved for when I get up to the Red Wedding.

My point is I walked in expecting to enjoy it like any other movie, and treat it like that. I underestimated how much the book meant to me, and I found myself comparing and actually enjoying the movie just as much. I’m glad I was able to experience both. I’m glad the filmmakers didn’t shy away from some of the scenes that I’m sure a lot people would prefer being cut. (I do wish they hadn’t cut my favorite line from the book, though. It summed up everything perfectly… including me.)

Regardless, if you haven’t read the book already then you should. If you have, then go see the movie. If you’ve done both, then I recommend doing both twice.

Email ThisBlogThis!Share to TwitterShare to FacebookShare to Pinterest
Labels: Book vs. Film, Summer movie season, The Fault In Our Stars