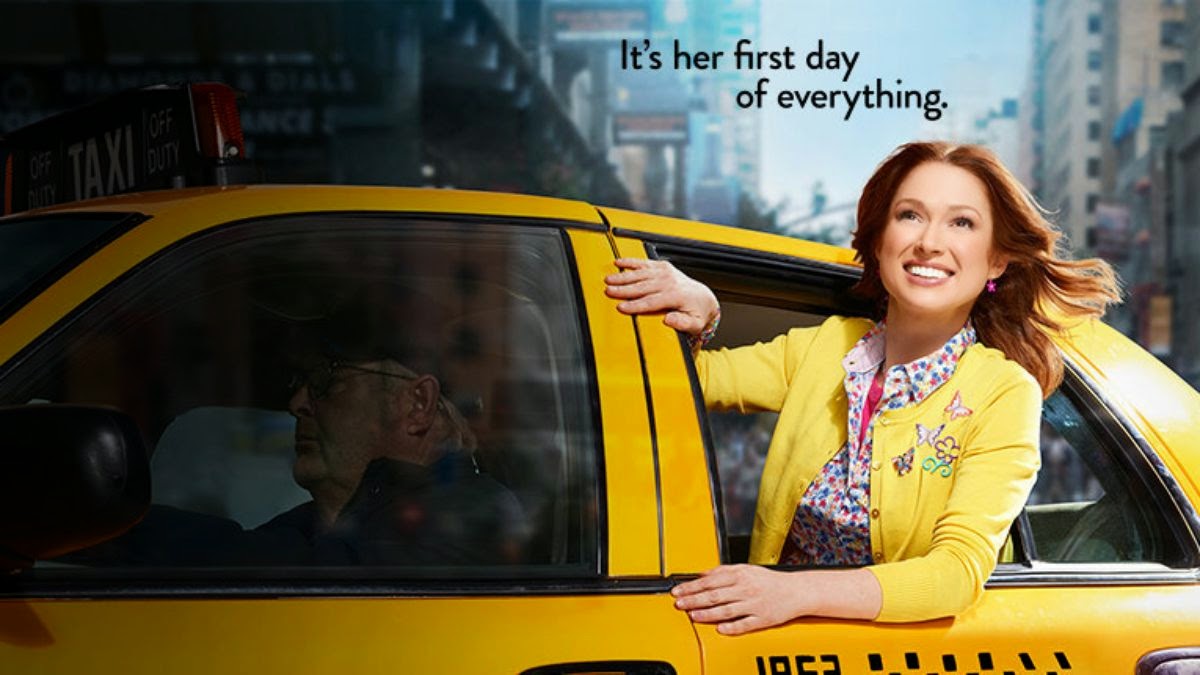 I don’t talk a lot about television on this blog. A lot of it is because I’m a Graduate Student who primarily works at night, so most of my television viewing is narrowly defined to episodes of The Amazing World of Gumball and television shows that aired a while ago that everyone says that I should probably we watching. Like House of Cards. Which is a great show, but if I write about it, at some point I’ll have to admit that I don’t really know what’s going on.

However, this past week we had a snowstorm in here in Northern Virginia. And I don’t know if you know what snow is like in Northern Virginia, we don’t get a lot of it. Which means from the time the first flake falls, we go into lockdown mode, schools get shut down, we raid the grocery stores, and the only law is that whoever has the biggest SUV that they have no idea how to drive wins. No looting, but that’s only because people are too afraid to go out into the ice.

I have to fortune of having two of my jobs cancel, and since it had just snowed and it was cold and I didn’t really feel like “venturing out” (I’m much more of an indoor boy) I decided to sit down and check out what the magic of Netflix was willing to provide to me. By that I mean old episodes of Futurama, but then I saw they had a new show recommended to me because I also like 30 Rock called The Unbreakable Kimmy Schmidt.

Oh, I’m going to call it Unbreakable from this point on, because that’s a long title and while I’m usually about upping my word count, I’m not typing that a bunch of times. Try not to confuse it with the last great movie produced by M. Night Sham....Shayma... the Sixth Sense Guy.

The show is about a young woman named Kimmy Schmidt  (Ellie Kemper, the only real reason to watch the Office in the last season) who was kidnapped when she was 15 and forced to live in a doomsday bunker with four other women, freed, had the news story autotuned, and on a trip to New York has decided to stay there to make something of herself. Yeah, I know, sounds like a laugh riot, but the show actually manages to be a laugh riot. Along the way she gets a job being the nanny for a woman who is played by Jane Krakowski who is totally not playing her 30 Rock Character Jenna Mulroney but ANOTHER out of touch rich blonde woman. She also finds a place to live with her gay best friend roommate, the hilariously named Titus Andromedon (Tituss Burgess) and boozing landlord Lillian, played by Carol Kane.

What I really like about the show is that this could easily be a dour drama about a young woman finding herself, wallowing in self-pity at having 15 years of her life taken away by a dark event. I mean... kidnapping isn’t really funny, as Horrible Bosses 2 taught us all those many months ago. And Doomsday Cults, while having the ability to be funny, typically aren’t sources of wacky comedy. But what works about this show is the fact that Kimmy isn’t about trying to mine her time as a “Mole Woman” for fame or money.... she looks at the events as a dark time in her past, and wants to make the next couple of years her best.

The show manages to avoid a lot of the random things that could easily take it down. For instance, it constantly addresses the fact that Kimmy has lived in this bunker and hasn’t really experienced the past 15 years of pop culture. But the show doesn’t rely too heavily on this gag, with only a few moments where she has come kind of shock. (The best being when she tells Titus that one day he’ll sing with Michael Jackson and Whitney Houston.) And it could play off their time in the bunker a lot darker, but rather, focuses on the fact that they made the best of the bad situation, going on fake “dates” in one hilarious scene, or coming down with “Hulkamania” as part of their illnesses.

I guess that is what drove me to watch the first season of the show all in one sitting: the fact that it was optimistic, no matter what the setback. The show, for outlandish as it can be, is at least is aware that these things take time. Titus, wanting to be up on Broadway, doesn’t just do it in a few seconds, and is very aware of his zany personality. But the show, even when dealing with these darker issues, is a reminder that at times we all have to take a step back, and remember to find the good in the bad, even if it is the worst thing in the world. Another great line from Kimmy, very early on, “The worst thing that ever happened to me happened in my front yard” as she tries to justify moving to New York City. This is a very subtle moment, but it’s a reminder that we often find just about any excuse to not take risks. Here’s a woman who had her life taken away from her and had every excuse to coast from this point on. But she wants to make the most of it.

Before I end this review, I really have to talk about the theme song. The theme song is what I had mentioned before... the autotuned first few moments of the first episode, where the neighbor who witnessed the women being rescued gives his interview. This is just hilarious. Firstly, it’s catchy. Secondly, it’s a nice little commentary on how we, as a society, tend to make light of everything. Thirdly... it’s pretty damn catchy. I know I said this twice, but you underestimate how catchy this can be. Fourthly, when you think about it, it’s a nice metaphor for the series in general... the something bad happens. Then someone makes the best out of it.

Like I said, at 13 episodes running about 25 minutes each, this takes up a nice afternoon. Like, the Length of a Hobbit extended edition or something. Or time you were going to spend doing something less important than watching this show. But give it a shot. After the first few episodes, you’re probably going to be hooked.
Posted by Bad Shakespeare at 5:00 AM