The Fast and The Furious Week: Point Break, With More Cars! 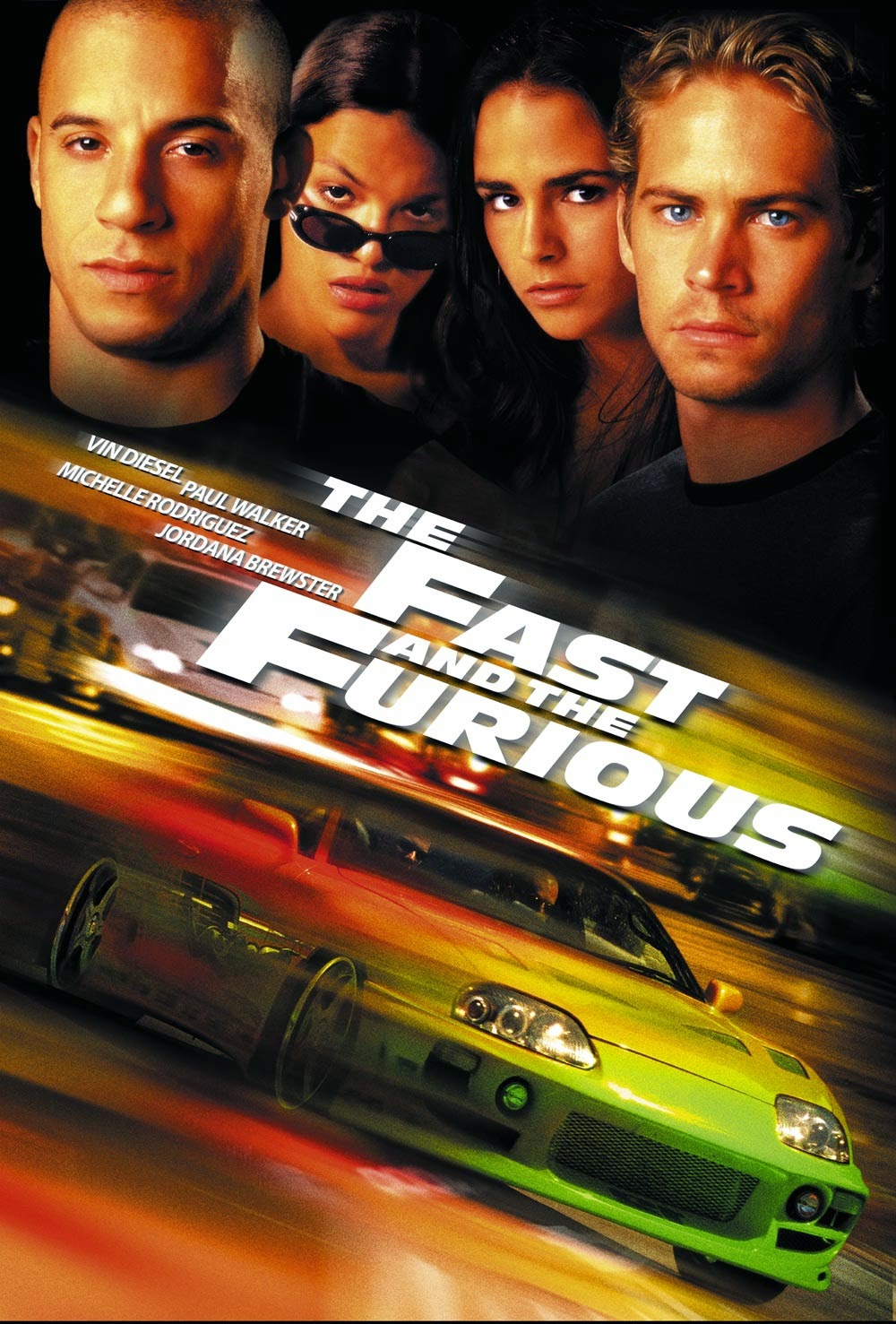 I’ve always been kind of fascinated with the Fast and Furious movie series, as a movie lover, as a writer, and as a guy that just generally enjoys watching fast cars drive around. And sometimes turn into robots. And then doesn’t last too long. And doesn’t involve a protracted argument for statutory rape. That being said, why hasn’t Fast and the Furious crossed over with Transformers yet? Seriously? I can’t be the only one who has thought about this.

Regardless, I’ve always been fascinated with this franchise. It came out in 2001 and was pretty much a fun summer movie that involved fast cars and all the PG-13 violence and sex that just allowed their target audience to get in without adult supervision. Then it spawned a sequel where literally only one star - the star made famous by the movie - came back. Then another sequel came out, and literally NO ONE returned. It didn’t even focus on the same thing: fast cars with a bit of heisting on the side. Then everyone came back for four more movies, including one character who was killed off and came back, and former WWE Champion and Tooth Fairy, Dwayne Johnson.

Quick note, I’m going to be making a lot of jokes here, but one I won’t joke about is Paul Walker. Everything I heard is that he was a classy guy, and when he was killed it was coming from a charity event. RIP, man. I’m going to make fun of some stuff, but rest assured, I respect what you did here.

But think of another franchise that has lost literally EVERY cast member, and then gained them back and arose, phoenix like, from the ashes of a franchise that everyone said was pretty much done after the second episode. And keep it somewhat interesting? As a film lover, this just… there’s no other word for it. It just intrigues me. And Iv’e never seen them. I didn’t avoid them, I just sort of skipped the first one, then by the time the Rock was kick-punching his way through Vin Diesel, I was too far off to understand he complicated plot of race car driving while looking as cool as possible while heisting and living life a quarter mile at a time. (Which is actually kind of a sweet story.)

The Fast and the Furious, the first chapter in the franchise, introduces us to Brian O’Connor (Paul Walker), trying to infiltrate a group of racers who might possibly be performing daring heists, led by Dominic (Vin Diesel). Also on this crew is young Jesse who screams “I’m going to die” pretty much five seconds after he’s introduced, Jordana Brewster as the hot sister that Brian is going to fall for, and Vince, some dude who of course suspects Brian of being a cop from day one. You see, the FBI and the Police REALLY want to stop these heists because the truck drivers, tired of having cars steal their precious cargo, are going to start arming themselves, and rather than, you know, trying anything else, they put Brian deep undercover, then proceed to not listen to literally his every word as he falls more and more in with the criminal element.

The first movie is interesting, as it…

Anyway, the first movie is interesting as it frames the story clearly as behaving in the grey area that doesn’t adhere to constructs of right or wrong. Brian, clearly wanting to do what is right, does want to stop the thieves mostly because he wants to stop to further violence that is going to occur by the escalation of violence. The cops are pretty much useless, working for their own agenda, and at one point ignoring Brian when he says that they don’t have the proper evidence to move on the original crew, then blaming him when things go wrong. Then, they pretty much vanish for the rest of the film as it shifts focus to Dominic’s crew.

Dominic and his crew, however, live by a strict code, and Brian has to learn to accept that. Rather than just driving in and racing, then being accepted, he has to learn this code. In fact, it is this code that allows him to turn on the police at the end (spoilers for a movie that came out 14 years ago. We’ve had two Spidermen and three Batmen since then) and let Dominic go, fulfilling his debt from earlier in the movie having finally brought him a “10 second car” (or, a car that can cross the finish line in 10 seconds, in the parlance of the movie.) But it’s an interesting mix of philosophies, both movies exist within these spheres that have codes of honor, and Brian has to sit in the middle of it, trying to stop further violence any way possible.

Some of it is actually Shakespearean. Most evident of this is the scene in which Dominic talks about winning. This is a flat out monologue given to the audience, it’s almost a Shakespearean aside. Dominic will be a tragic figure, having already fallen once, he would rather die that fall again, and this pride of his does him in, and at one point even costs him his “right hand man” (who literally has his right hand mangled.) It is not until he is able to rise above his pride that he is able to escape to a place that he can finally be free.

While I joke that this is a “heist zoom zoom movie” it’s actually a movie about relationships. Dominic wants to be the head of a family, and this is most evident in the scenes where they are sitting down to dinner. It’s a quiet moment, buried in CGI shots of how the cars get juiced up to go even faster.

As an entry, it’s an interesting one, and very disjointed in the way it plays with the idea of family and codes, but suffers from the fact that characters just tend to vanish at the proper moment. Also, the way Vince decides immediately that Brian, ordering the terrible tuna fish, is not on the level, is WAY too random, and pretty much put in so that the close member of the crew can pull him in while alienating the loose cannon. Fortunately with Dominic getting away and Brian having pretty much let a murderer and their get away (even with his newfound code) there can be a sequel!

2morrow… we get 2Fast AND 2Furious, minus all the other cast members.
Posted by Bad Shakespeare at 10:10 PM