No, These Fools Are Not to be Pitied... 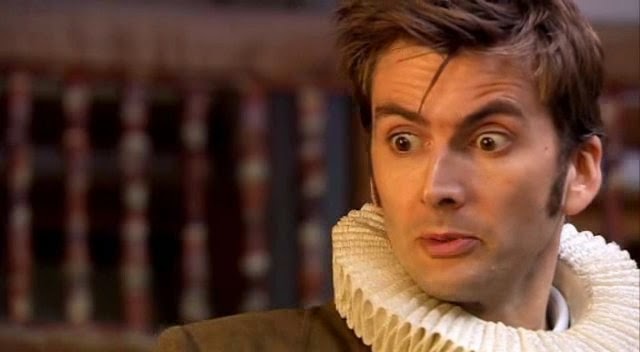 Happy April Fools, Day, everyone. For most people, it’s a day of pranking, jokes, and changing the font on your website so everyone knows how whimsical you are. For those of us that pull pranks professionally, such as hiding little pictures of Paula Deen around someone’s office or slowing moving two parallel desks closer together, we tend to avoid days like this because it’s too commercialized.

Today for Bad Shakespeare 450, I do want to talk about fools, though. Specifically, Shakespeare’s fools. William Shakespeare LOVED his fools. Like most writers during his time period, he wrote for a specific acting troupe, one that had actors that liked to play “the romantic lead” or “the guy that goes all crazy and kills himself.” Presumably.

But, Shakespeare DID have a clown on staff, by the name of William Kempe, who was Shakespeare’s resident “fool.” It is believed that William Shakespeare wrote many of his foolish parts specifically to ensure that Kempe was employed with him. Which would make sense, since Kempe was part of Shakespeare’s troupe, as far as we know.

The thing was, in many of Shakespeare’s plays, he enjoyed having the fool be the smartest guy in the room, and left the buffooning to the important people in the play.

For instance, Twelfth Night featured a fool named Feste, who was often called upon to sing songs. Of course, Feste is the only character that figures out early on that this strangely feminine boy that has come to hang out with the Duke is, in fact, a woman in disguise. (And in Shakespeare’s day would have been a boy, playing a girl, pretending to be a boy, and would have been hilarious.) Most of the comedy lines were given over to Malvolio, a Puritan and Steward of the House that keeps screaming for revenge for slights against him. Fun little role reversal there.

Then there’s one of the most famous fools of all, King Lear’s Fool. While King Lear is essentially letting his kingdom come crashing down around him by diving it three ways amongst his daughters, it’s his fool who is constantly trying to get him to think straight. He provides the most commentary about what is going on, and he does so without fear, despite the fact that no one else will do so.

There’s my favorite pair of fools, The Gravediggers in Hamlet. They get some of the funniest lines in the play, all while digging a grave for Ophelia who at this point has killed herself. They provide the commentary as to what is going on, and they have a brief, quick, wordplay with a character who up until this point has been kind of dour and full of self reflection.

Why did Shakespeare choose to make the fool such an insightful character? Part of it was the same reason we like Jon Stewart or Jimmy Fallon... they can get away with saying things that we can’t. They can get away with saying a truth that we either don’t want to hear or would get us into trouble. Fools are often looked down upon because there is a myth that they aren’t smart, or because of the “stupid” things they say, when in reality they have to be the smartest people in the room, and at times the most insightful because how else are they going to figure out what is going on. Plus, when you have a jester or a comedian in a room, you tend to let your guard down a little.

Remember that next time you’re alone in a room with Jimmy Fallon.
Posted by Bad Shakespeare at 4:00 AM