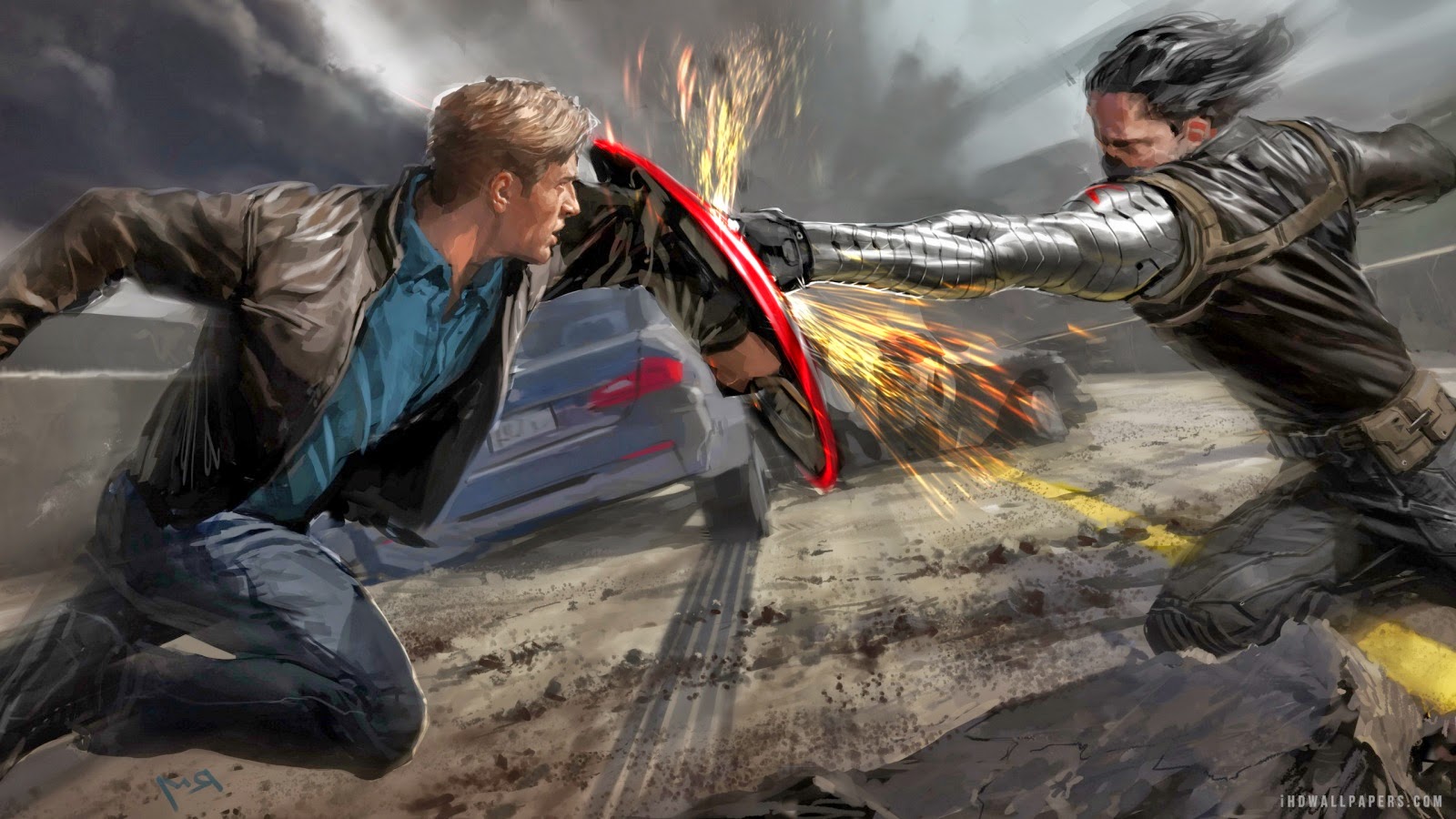 Tomorrow (or tonight for lucky people like me that have a ticket) the world will be amazed/astounded/nitpicking/hating/overanalyzing/generally mehing the newest superhero movie Captain America: The Winter Soldier. a.k.a Captain America: Those of us who read the comics already know who the Winter Soldier totally is, prepare to have your mind blown.

As much as the armchair commenters that have to write and go on the news a whole bunch because they need content like to constantly complain about how we’re being overrun with this new fangled phenomenon of Superhero movies, the fact is we’ve been interested in Superheroes since we first thought of stories. Wasn’t Hercules just Superman in a toga? Zorro and the Scarlet Pimpernel were early Spanish and English versions of Batman. Our early warriors were all people who could do amazing things, from Beowulf slaying Grendel to King Leondius holding off an army of 10,000 with only 300 soldiers. (And was turned into a superhero comic/movie/action-fest.)  And without the fancy car, I guess. We’ve always been obsessed with people who can do those special things we wish we could do.

What makes Captain America so interesting is that he’s not just a superhero, injected with a Super Serum that makes him super (that’s a little redundant...) but he’s also a solider, which sort of makes him unique amongst the heroes of today. Superman is just a guy who was on the right planet at the right time. The Hulk is someone that needs to learn the importance of using “lead” and “radiation suits” when testing “nuclear bombs.” Even those that chose to take up the mantle of hero, like Batman and Iron man, are driven by some kind of tragedy that causes them to take up the mantle of hero.

The fact that Captain America is a soldier is important.

You know who else was obsessed with the idea of the soldier superhero? William Shakespeare. (The name of the series is Shakespeare 450. Where did you think I was going with this?)

William Shakespeare seemed to have a respect for soldiers, even if they ended up with some kind of tragic downfall. Keep in mind the tragic flaw is a pretty big reason a lot of heroes end up falling in tragedies, even today. Walter White was free and clear until his pride stepped in. So giving these superheroes tragic flaws are just part of the job, and not so much a comment on heroes.

Yesterday I talked about Caius Marius, who went out and won a war, pretty much by himself in Coriolanus. Here was have a prime example of a super-soldier, loyal to a fault, willing to throw himself on the line not even for a cause or his hometown, but because he has a need to fight. (When asked to be domesticated, he runs to the front line to join the enemy!) His mother suggests that he shows off his scars to show how great a warrior he is.

There’s also everyone’s favorite general, Othello. He has almost magical powers. No, really, one of the charges leveled against him is that he managed to bewitch everyone into believing him. (Given the absence of witches, fairies, and wizards in this play, he probably didn’t. Shakespeare never had a problem using those.) Some people lived in fear of these magic powers to the point that they tried to kill him. But remember, before that he was a general loved, despite the fact that he was a Moor, living in Venice, which at that time didn’t go over to well. The fact that he was able to rise to such a power was... super! (I went there. Deal with it.)

Let’s not forget Macbeth, the cursed Scottish King. Again we have an example of a guy who does his best. When he meets the witches, he’s coming home from a successful battle. Let’s face it, he’s not the most heroic of Shakespeare’s characters, what with the murdering children and all, but he managed to work up a plot to kill a king, any of his supporters, and rise to power. Now there is some debate on whether he could have done this without murdering the king, but Macbeth is also a great Frankenstein story... the story of someone who is created, pushed into power, and then everyone wonders why it went south so quickly. But he makes the list because of his ability to lead an army, by force if needed. I’m also putting MacDuff on here, simply because when push came to shove it was MacDuff that commanded an army that destroyed the other guy, because he’s that awesome.

Lastly, I’m going to put on there Sir John Falstaff, the Fat Knight. Not really “super” at first, until you get to his death in Henry V, and you realize just how much influence the funny dude had on the King. They were estranged at the end, but he is felt so much in a play he’s not even in, it’s uncanny.

There are many other examples (such as Henry in Henry V.. that’s where we get the famous “St. Crispin’s Day Speech”) but I wanted to highlight these, because I believe them to be the most superheroic of all the soldier’s in Shakespeare’s play. They may not have done anything fancy like throw a shield, but they are pretty important as we look at Super-Soldiers in history.
Posted by Bad Shakespeare at 8:48 AM