So You've Managed to Survive A Viral Apocalypse 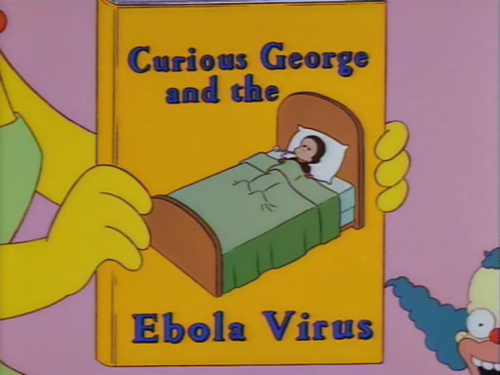 There’s been an outbreak of the Ebola Virus in Africa. As a result, volunteers from all over the world have headed over in order to help contain it. And because we are a rational society, we are touting these people as heroes, and working to help them recover if they’ve come down with the disease.

Naw, I’m just messing with you. Naturally reactionaries who are unable to do five minutes of research despite the fact that science has put a device in your pocket that can literally find you the answer to just about anything in your pocket, have decided to freak out. Yes, they’re basically saying that the brave volunteers should be left to die for fear that they might get a disease that’s not spread through the air.

Keep in mind, I’m not saying that it shouldn’t be taken seriously. What I’m saying is that people who are sending death threats to the hospitals treating the doctors that selflessly took the time to travel to West Africa to save lives, one of whom gave up medication to help someone else, well, maybe you’re some of the worst people on earth.

But what do I know. I mostly write a comedy/movie/English Blog. What is this blog about anymore?

No, this is very serious for the people of West Africa, which doesn’t have things like a large building in Atlanta called “The Center for Disease Control” that is specifically designed for the containment and study of diseases. Like Ebola. It’s very serious for the people of West Africa, who don’t have access to the medical care that we have here in the United States. Or people willing to go over and do something about it, rather than sitting at home, watching the news, and vilifying the people that wish to help.

In any event, as people freak out over a disease that’s so deadly it require the joint forces of Dustin Hoffman and Cuba Gooding Jr to take it down, that got me thinking… there’s a ton of literature on the subject of how to survive a viral apocalypse like the one that’s happening only in the minds of crazy people who care only for themselves. And I, being the caring blogger that I am, have decided to compile them all here for your reading enjoyment. So, make sure you print this out so you can read it while roasting that can of beans on one of the many car fires that have been set by panicking people once this Ebola apocalypse doesn’t come.

-It’s very important to take careful note of what type of viral apocalypse is upon us. Is it one of those rage virus deals that turns people into something that are zombies but not quite? Because if that’s the case you’re dealing with something completely different, and you’ll have to stock up on a completely different set of equipment. Also, hanging out with the evil military guys probably isn’t a good idea. Go find the good ones. You can tell the difference because the good ones probably have helicopters. Probably.

-Go read The Stand. I feel that’s a pretty good representation of what should happen in the event of a massive global pandemic that will kill us all. The short version is to set off a nuclear bomb in Las Vegas that may or may not be God. That should solve everything.

-Graffiti is important. But remember, you need to say something clever, not just “We’re all gonna die.” Make sure it’s funny, but ominous enough that anyone walking through your town knows that you have been hit with a virus the same as everyone else.

-If you get infected, just admit it. It’s not a cold. It’s not allergies. You caught the evil death virus that’s ravaging the countryside. Don’t fool yourself. In the books, you’re always the first person to go.

-Also, some of you may be clinging to your past life with the tattered remains of your old clothes. Don’t. Pants have always been useless. Now you can admit it.

-The one thing that always takes down the remnants of civilizations (except for talking apes): infighting. Remember, you’ve just survived against all odds. Does it really matter that one person wants city hall to be painted blue? That’s how the Civil War Started. I think. I don’t know history very well.

That’s not a lot, but I think it about sums up what you need to do. Since there are no zombies or fungus monsters after you (in an ideal situation, anyway) you should be ok to survive on pretty much what is left over. The plus side, you probably won't have access to WebMD, which will narrow all your symptoms down to ebola and cancer.
Posted by Bad Shakespeare at 9:58 AM

Email ThisBlogThis!Share to TwitterShare to FacebookShare to Pinterest
Labels: fun with writing