My Adventures in Fantasy Football Land. 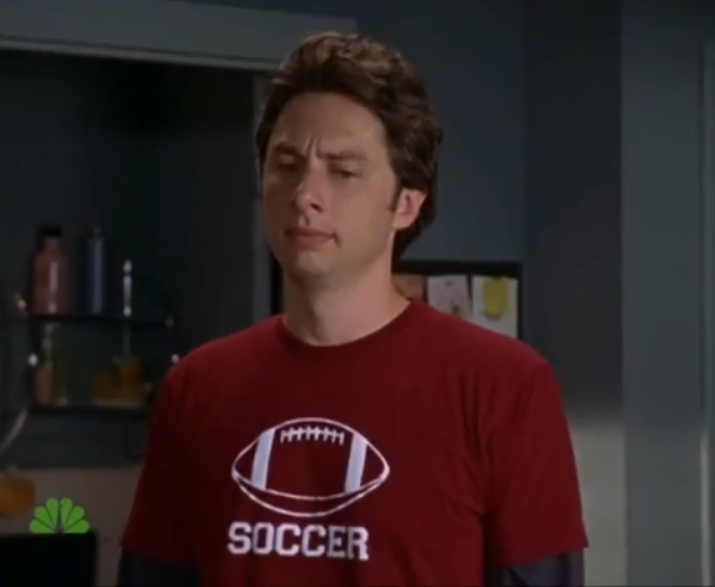 The leaves are starting to change color. The weather is getting cooler. The pitter patter of feet at the movie theater on a weekday has gone away, as I can go see a movie without additional commentary from the cast of Bring It On. And Sunday has become an even more sacred day for those who worship not only in church but with their team on the gridiron.

Ok, at least two of those things. Where I live, the weather has gotten even hotter since the pools closed, which is my proof that whoever controls the weather has a sense of humor that we have yet to understand.

But back to the Sunday thing… that’s right, sports fans, it’s Football Season. Or for Hipsters and British people, it’s American Football Season. And with Football Season comes, of course, Dungeons and Dragons for Sports Fans: Fantasy Football. (Only not as exciting, at least until I can get my Quarterback to a level where he can cast Fireball, which should cut down on the blitzes.)

Now, it may come as a shock to you that I don’t follow a lot of sports. I do from time to time, but being a Graduate Student for what feels like forever, Saturdays and Sundays are spent reading and panicking that I didn’t start a project sooner. That’s the life you lead when you’re leading the exciting life of an English Graduate Student. It’s less “Who are the Ravens starting this week?” and more “Who does the Raven represent in the poem.” Yes… the Ravens are named after poem by Baltimore’s most depressing writer, Edgar Allen Poe, who would have probably drafted Tom Brady in his fantasy league, then quickly had him driven mad by some torture device if he didn’t score enough points. I’m going to say a black cat with a pendulum on his tail. You do not mess with Edgar Allen Poe.

But for some reason, I keep getting invites to join Fantasy Football teams. And for some reason I keep joining them. Maybe I have a deep sense of wanting to belong. Or maybe I need to distract myself when I have a 20 page paper due and I don’t really feel like working on it. I normally join two leagues, but this year i paired it down to one, as I really do need to focus on writing that 20 page paper and not really focusing on who all be my starting lineup this week, even it was Cam Newton who didn’t perform like he should have.

I can’t keep sending Edgar Allen Poe after my enemies. I have to think about things logically.

The first step in having a fantasy football team wen you have no knowledge of the sport is having a clever name. Because, if you’re going to be looking at it every week and stay out of 11th place (there are 12 teams) I’ll at least want to appear witty. I really wanted to call my team Much Ado about Running, but there wasn’t enough space. Last year I was Merchant of Menace, which is nice, but a little too generic. I also considered Tight Endronicus, and offering freshly baked pies to my enemies, but that’s too obscure. Same with Corio-Running Back. I also considered Malvolio’s Revenge, but that’s only funny to a few people. I decided on Richard III and Long, because when you want to strike fear into your opponent, you pick the play that was the Live Free or Die Hard of Shakespeare’s Henriad.

Now maintaining a fantasy football team when you have only a rudimentary knowledge of the sport is an interesting task. On the one hand, there are many stats that you can look at, but like I said, English Major, so those stats might as well be written in Klingon, because numbers are scary. Especially Seven. Bad things are associated with seven. Sins. Dwarves. The Harry Potter book where Snape dies. (Spoilers!)

When I logged into our Fantasy Draft, late because I forgot we were doing a Fantasy Draft, the computer was making my picks for me, and probably because it was able to take those “stats” and turn the into “something meaningful” because that and arguing with a guy we’ll never meet about which Batman was the best are really the only reasons to own a computer anymore. But I had a quarterback with some great stats, but I still wanted to snag Robert Griffin III because it fit into my team name, and because I live in Washington, DC my home team are the Redskins. For now. Most of the off season has been spent trying to change their name, which is going to create a lot of vintage merchandise when it goes through.

Anyway, my strategy for picking the team was to look at the one stat I could decipher: The projected points, and saying “sure. I’ll pick that!” Which led to the computer, which provided a nice analysis, saying that I had a powerhouse few first rounds, then I started failing when I picked people with lower stats. Which I didn’t really understand, because shouldn’t the people with lower stats be picked last, anyway? I tried not to overthink it.

The Bottom Line is, it gave me a “B” in terms of drafting. So my first official grade of the semester is a “B” given to me by a computer, because I felt I needed a kicker at some point.

I think I have a pretty good team. At least I didn’t lose by quite as much as I thought I would at the end of the first few days. It was still a pretty hefty defeat, but both a blowout or anything like that. Not enough for me to cover my head and hide. The season is still young, plenty of time to make it up.

Of course that means a lot of tweaking my roster. Which means this paper can wait, right?
Posted by Bad Shakespeare at 10:38 AM