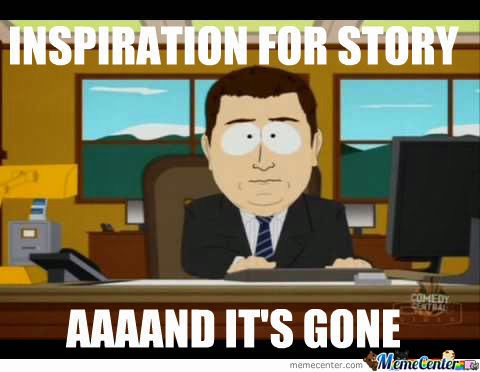 Some of my loyal readers may have noticed that posting here at Bad Shakespeare has been a bit… spotty lately. Disloyal readers may not have noticed anything, and can come back when I talk about their favorite topics, which may not be this particular post. I normally try to keep to a Monday/Wednesday/Friday type posting for the main reason that why not. Posting here lets me write pretty much whatever I want whenever i want to post it, and it allows me to stretch my writing muscles which should be stretched.

This of  course, doesn’t include my weeklong tribute to all things Summer Movie Season, but that was being written during the entire summer. Movies I liked would get the top spot (like Lucy… I loved Lucy but it didn’t fit in my criteria) or movies would crush my soul. Like Transformers. In fact, most of it was written to the point that when I made my favorites post, I really just had to do one tweak, and that was switching Begin Again and Guardians of the Galaxy, trying to decide which one I liked more, and ultimately Begin Again lost because of it’s lack of wisecracking CGI animals.

That’s neither here nor there. I’ve tried to blame my lack of posting on school, my usual awesomeness, or the lack of wisecracking CGI Animals in my life, but it’s been more sinister than that. My main problem lately has been crippling, horrible, writer’s block. And I’ve had writer’s block in the past. I’ve even talked about writer’s block in some past posts, and that usually it just took some time away, but this time has been bad. Like, so bad it was difficult for me to read, because I was unable to keep the characters straight in my head.

I’d sit down and face off against the blank paper. We’d spar for a few minutes, where I’d come up with some witty, hilarious line. Then I’d spin something off of that. Then doubt would sneak in, and let me know that everything I wrote was pure weapons grade craptonium, and that shouldn’t be posting, and does it really matter because only about 12 people actually read this blog anyway.

I tried to argue it’s 13, because I was under the impression that readers come in baker’s dozens, but Doubt didn’t care. Doubt is as mean as it is sneaky, trying to wrestle control of my thoughts. Then I’d eek out a few jokes about something, and I’d delete it, and hope that no one noticed that there was no Bad Shakespeare fo the day.

Writer’s Block is tricky as it is cruel. You see, I don’t like to write heavy, dramatic pieces on this blog. I will, but I generally try to keep it light. If you want to read heavy, dramatic pieces, just Google, “The News” and chances are (once you get past the part about what Huey Lewis’s band is up to nowadays) you’ll get something nice and heavy. It kind of sucks out there nowadays, and people don’t make it easy to lighten anything up, because again I don’t know if you noticed, but people do their best to make things worse.

Let’s take for instance, something that should have been light and a pretty much a puff piece for any day of the week: Apple introduced a new iPhone, pretty much like it has every year since 2007 (in fact the one year it decided to wait a few extra months most of the news stories were “Where is the new iPhone?”) and a new wearable piece of technology that’s pretty much a watch but with the ability to do more than tell time. (but still can’t send you back in time, or order a pizza to your direct location with telepathy. WHERE ARE THE FEATURES WE WANT, APPLE?)

People tended to go into two camps with this. On the one hand, there were people that looked at the space-aged Star Trek Technology and said, “pretty cool.” Then there were the others who felt that if you purchased this particular piece of equipment, you were king of the idiots and THEIR phone was so much better and somehow anyone else purchasing a damn phone somehow made their decisions less important in life. It’s a phone, everyone. If you want one, buy it. If you don’t, then don’t buy it. If someone is forcing you, at gunpoint, to purchase it, go call the police.

I don’t know why, but things like this have been affecting me lately, and it’s been harder to write and be happy as I watch and pay attention to this, and it gets me down a little bit. I’ve tried ignoring it, but even if you go watch funny cat videos, it’s soon inundated with people claiming that dogs are better.

It’s just been difficult for me to get past that lately. I know I shouldn’t let it bother me, it just has.

I’m trying to work past that now by pretty much typing whatever comes into my head, and trying to push past this crippling writer’s block. (Hence the two paragraph segue about people who are way to invested in a phone, and have become jaded about something even the James Bond writer’s didn’t think about. THE HEIGHT OF HIS PHONE TECHNOLOGY WAS IN HIS CAR, PEOPLE!)

I’m hoping on posting more. I originally thought of cutting back because of school, but that’s not really the answer… it’s a retreat. I enjoy writing Bad Shakespeare, and I enjoy trying to be funny. But this little bout with writer’s block is really bad. It’s dried up everything in my mind right now. And it really needs to be gone, since I’m an English Major and 90% of what I do is write. The other 90% is reading. (You read that right. They’re both 90%. Some people feel a need to correct things that are clearly jokes.)

The thing with Writer’s Block is that the more and more you try to get rid of it, the harder and harder it holds on. You can’t escape it, like so many dinosaurs in a special zoo that is supposed to be safe but really isn’t once things go haywire. And then you try to get to the helicopter, but then you’re surrounded by Velociraptors and it’s not until the T-Rex shows up that you’re really safe.

Sorry. Went really Jurassic Park there for a minute.

In any event, the best way through all of this is straight forward, and to post stuff that makes me laugh, and not really sweat the small stuff. And it’s what I’m going to keep doing. Because eventually, I hope to be writing for a living, and I can’t let something like a little Writer’s Block stop be from becoming the next big thing.
Posted by Bad Shakespeare at 5:00 AM