It's the Great Turducken, Bad Shakespeare! 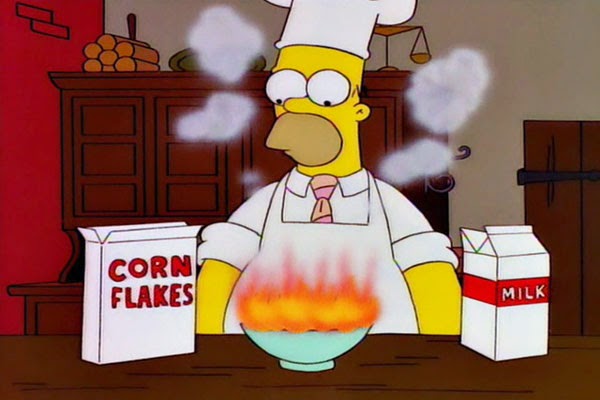 It’s the day before Thanksgiving, and all through the house, not a creature is stirring, except me, preparing a dish I’ve always wanted to do, and that is a Turducken!

First, some quick background. Let’s start with the fact that the previous sentence didn’t rhyme, and I think we can all agree that my written prayers to our Patron Saints of the Movie Seasons, Tom Hanks, Nicolas Cage, and Joss Whedon, all prove that I’m so-so when it comes to the whole poetry thing. I’ll stick to funny wordplay here and leave the rhyming to the professionals like Taylor Swift. and whoever writes for Ariana Grande.

Secondly, Thanksgiving is my second favorite Holiday behind Nicolas Cage’s Birthday, but just before Christmas. It used to be Christmas, mostly because I enjoyed the run-up to Christmas so much what with everyone pretending to be nice to each other for 25 days, but the “War on Christmas” and the people who freak out if you say “Happy Holidays” pretty much ruined that for me. Just be nice to everyone, people. If they say “Happy Holidays” they’re being nice, they’re not attacking your way of life.

Also, we need to celebrate Nicolas Cage’s Birthday this year. It’s January, but we’ll get a tree and all exchange insane movie roles that morning, and then we’ll have a big feast where everything is set on fire. This is after we steal the ceremonial Declaration of Independence, mind you.

In any event, I don’t talk about it much on this blog, but I like to cook. I’m actually part of an award-winning BBQ Team, the Crazy Rednecks. I should probably write those up sometime soon, my experiences in the world of BBQ Competitions, but that’s not what I’m talking about today, today I’m talking about Turducken.

For those of you who don’t know, Turducken is a magical creation where someone decided to stuff a duck inside of a chicken inside of a turkey, then allowed all the magical flavors to meld together during the cooking process. It’s actually quite a beautiful sight. I’m not really sure when it was invented, and I’m too lazy to look, but I’m going to pretend it was invented by Benjamin Franklin because, let’s face it, if it’s food related he probably invented. The man loved to eat, drink, and get stoned. The idea of cramming 3 birds together and cooking them all at once probably came from him after he’d gotten stoned while drinking and probably wanted a way to eat all birds at once.

But I’ve never made one before. The first trip the the butcher to get it prepared was a bit nerve wracking. I’ve been to the butcher before, but this was the first time I put in an order this special. You see, just cramming the birds together doesn’t really do much in terms of flavor, they have to be deboned, , then usually they’re layered with different types of stuffing. I was all prepared with my stuffing recipes and my full explanation of what it was when I approached the butchers. I had even done research on the best one around, and settled on the one that was really close to my house because I hate driving.

As I walked in, it was a magical meat paradise. I don’t know why I hadn’t gone in before, but there were nice, dry aged steaks, more sausages than you could imagine, and meat as far as the eye could see. There were even home-made rubs and BBQ Sauce, all lined up nicely. There was also a giant sign that said, “pre-order your Turducken today” which meant a lot of my planning had gone out the window in terms of what I was going to say and in terms of stuffing. Fortunately, my stuffing recipes aren’t really that good, so it was probably for the best that this place was willing to assemble all of the birds for me, like a giant poultry-frankenstein.

To prepare it, I’ll be cooking it in my smoker, because with the threat of snow coming nothing really sounds better to me than standing outside in the cold, cooking. That’s not as sarcastic as it sounds, there’s nothing better than getting the fire going, then sitting outside as the meat cooks to a nice temperature, all cuddled up in a blanket. Unless the other guys on my team ask, then I’m not “cuddled” anywhere so much as allowing the cold to bounce harmlessly off my more than masculine form.

I also enjoy the act of cooking, believe it or not. I enjoy taking something and creating something new. Back at the start of the year, when I was doubting my degree, my time in High School, my life as a swim coach, and by extension most of my existence, I could always fall back on cooking. I still remember the day I decided to quit, the first thing I did was make these steak and lobster sandwiches for my friends who were attending a movie marathon, then I promptly snuck them in, and they feasted. I didn’t. But being able to create something they still talk about today, when I was at my lowest, it really meant a lot to me.


I’m also making pulled pork, because I’ve made pulled pork before and let’s just say I’m also very skilled at making sure I’ve got a back up, and of course if it doesn't turn out we'll never mention this to anyone ever again. I'm adventurous, not crazy.
Posted by Bad Shakespeare at 4:00 AM