Where the Hell Have You Been? 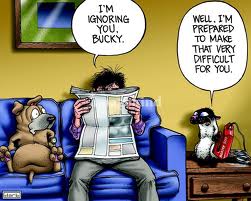 At this point, it’s been a little while since I’ve posted anything to Bad Shakespeare. The occasional movie review, maybe but not much substance pretty much since I got back from Ireland. And that was quite a while ago.

So… where has Bad Shakespeare been?

The rumors of me playing a video game so well that I was drafted into a secret war the military has been fighting with aliens have been grossly exaggerated. Also it’s the plot to a pretty good movie and a mediocre book.

The truth is, as much as I try to justify many different reasons why I didn’t write more… I just needed a break.

I wish it were more complicated than that. But I wrote almost every day while I was in Ireland. I posted pretty regularly while keeping up my grad school schedule over the past year. And I was just sort of burned out. I tired to write about twenty or so editions of Bad Shakespeare, all with the same result: me closing my computer screen in frustration and eventually deleting it while checking out funny YouTube clips of literary analysis. (Thug Notes doesn’t officially endorse this blog, but… one day. One day.)

I don’t know why it’s been so difficult to write this lately. It’s just seemed like a struggle to get word after word down. I realized just how much I wanted to write again when I saw Mockingjay Part 2 and the words just flowed off my fingers onto the page, and I realized I had something to say again. There would be nothing worse that I could do as a writer than to force words onto this page without me having something to say.  Also the idea that President Snow may be the hero of the entire series. There’s a story in that somewhere.

To be completely honest with you (I promise, Wednesday’s post will be funnier) one of the bigger problems has been that I haven’t felt like my posts are being read. It was a little rough… I haven’t had much feedback, no real comments, no post shares like I have. I realize now that I have something to say it doesn’t matter, I’m going to post what I want, and that’s all there is. But honestly, for a while I was a little worried that my words didn’t matter, and that’s one of the worst feelings I’ve ever had as a writer.  But then I realized I’m awesome, and all of my words totally do matter. Each and every one.

But that’s over now. I have had the desire to write more and more. I still don’t really have a definition about what Bad Shakespeare is about other than “Me” and my adventures and my thoughts. I have decided that I’m going to be writing a little bit more about what I want to write about, even if it won’t make everyone “happy.” I had a pretty good post about the Common Core that I deleted because, I was afraid of offending someone. And I have a few things to say on the subject of fear as we move into political season fresh off a terrorist attack. So, look out for those as they come forward.

I’d like to promise that I’m the same old Bad Shakespeare, but a lot of my writing has grown over the past couple of months as I’ve been struggling to find a voice. I can’t have that voice anymore that plays into only what people want to see. I’ve found a new voice that I think will move me forward a lot more.

So what can you expect? More regular posts, that’s for sure. I don’t like having that big a gap in my history… I want to post more, I want to write more, and I want people to read it. But I’m not going to get into such despair if no one does. I’m writing to get my voice out there, any way I possibly can.

Wow. That was a lot darker than I wanted my welcome back post to be. But maybe I am a little bit darker lately.  I’ll never pull off completely brooding. Maybe like Spider-Man when he wore the black suit for a while where he was slowly being corrupted by Venom. Yeah. That’s it. I’m still quippy, but a little more introspective and a little better dressed.  Maybe a little stronger. Definitely set to start making out with Mary Jane. (There I am!)