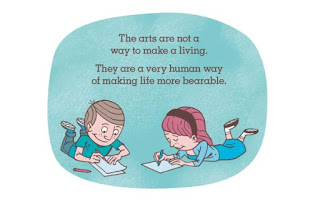 Well, that certainly snuck up on me. If I realized how close I was to my 500th post, I probably would have found a way to power through for a few weeks until I at least reach this milestone. it’s kind of hard for me to fathom. 500 posts. I’ve done this whole thing 500 times, each with varying degrees of success. Some posts were long, some posts were short, but I’d average that I’ve done about 1000 words average. That’s over 500,000 words on subjects ranging from evil robots to evil wizards to kittens to even things that aren’t evil. I’ve gone through teacher training, and found myself not teaching.

When I realized that this was the 500th post for Bad Shakespeare, I thought about it for a little bit. Do I come up with something witty and interesting? Do I make this an introspective post, that focuses on the blog? Or do I write something I’m passionate about.

Then I remember one of the things I tried to write about a while ago, and just couldn’t get out. now that I’m in a better place to write, well… I’m going to finally write about it. And it may be too late, unfortunately, but I’m going to get it out there.

Today, I’m going to talk to you about Arts in Public Schools.

I know, I know… I’m not a teacher! I abandoned Public Schools when I left the internship and cast off my teaching… well we don’t really get any special clothes while we’re teaching. I had to wear a tie for a bit, but that didn’t mean a whole lot since I’ve gone on to wear ties in almost three other places since then. But here’s the thing, a lot of the reason I left Public Schools was because I didn’t like what was going on inside of it, and I didn’t feel like being jaded for the rest of my life as I fought it, unable to do anything about it.

The concept of Arts in Schools has actually been a pretty hot topic around my tiny little burg of Fairfax County. I use that kind of ironically because for those of you who are unaware, Fairfax County is actually pretty huge, it’s near Washington, D.C. (And the current setting for The Walking Dead… stay safe, Glenn!) and it’s one of the richest areas in the country. Look up “richest counties” and you’ll see Fairfax County and it’s surrounding counties listed, including Loudon, a place so massive and rich yet underfunded that schools are cancelled when someone says the word “snow.” Seriously, typing that in the same sentence as Loudon has set them back about fifteen days.

About a year ago, the Fairfax County Public School Board released a brand new budget that naturally cut things like drama, after school programs, band… there was some talk of them cutting sports, but we were assured that part was just “alarmist.” After that they went ahead and voted on a pay raise for themselves for doing south a wonderful job. Congratulations on the pay raise after not having enough money to pay teachers and fund these after school activities that make life easier for students.

There’s two big issues at play here. One is the constant devaluation of teachers and education in general. That’s a pretty big issue that I’m not going to cover here, I’ve got an entirely different post prepared for that where I take on the two scariest words in education ever, and they rhyme with “Common Core.”

The other issue is the constant devaluation of the arts in general, which is the current trend in Education. Even at the college level it’s not just a removal of the arts or music or anything like that, it’s a fear of anything having to do with the Humanities. There are even Presidential Candidates… mainstream ones that get airtime, not the ones who live in their parents’ basements and run for President every four years… that say things like “We need more welders and less Philosophy Majors.” Presumably so there are more people to be out of work when those jobs are sent overseas or replaced by robots. There won’t be any robot philosophers until Skynet takes over, I believe.

My point is that it’s indicative that we’re spending way too much time devaluing the arts, writing, reading, drama in favor of things that people “think” are important because it’s… more practical, I guess? I guess we’ve created all the art we need to create, and so we can be done with making any more? I’ve long said that these things are the Humanities, they’re what causes us to look into ourselves and think about what it means to be human, and that’s just as important as anything else out there. It’s an examination of what it means for us to live on this planet, what it means as we interact with these new technologies and the capability of them.

My favorite example is Digital storage. Digital Storage devices have been around for a while. Someone eventually said, “hey, what kind of art can I put on them?” The MP3 Player was born. Another artist played with it a little more and showed it to Steve Jobs, and eventually the iPod was created. Now there’s a war over who can create the best, fastest, more powerful devices, all because artists got a hold of things and told us how we can use them to display art, from new television shows, to movies, to music.

And that’s the big picture, by the way. I got kind of carried away with the welder thing, so I’m going to pull it back in now, and why Art is important to schools. Being a kid sucks. I don’t know if any of you remember that. Oh, it’s great in the sense that you can play with Legos and less people really look at you if you spend time buying action figures (and if you take them out of the box… EVEN COLLECTORS SHOULD TAKE THEM OUT OF THE BOX) but ultimately, being a kid is hard. You spend all this time trying to find yourself. Maybe you’re smart. Maybe you’re not. Maybe you’re good at sports. Maybe you’re more creative. Maybe you’re good at everything. But how are kids supposed to find themselves if we not only take away the opportunity to do so, but tell them it’s not important.

Kids listen. We think they don’t, but they’re little sponges, picking up everything. This latest little budget cut from FCPS is more than a little bit of “well… let’s cut a few things and hope for the best.” It’s telling kids that some things aren’t important. It’s telling kids that may have a talent in band or art or drama that they’re not important. That they’re expendable when it comes down to it, and only those with that lofty description of “something to contribute to society” are the important ones. By “contribute” they mean scientists and engineers. And by “scientists” they of course only mean their approved sciences.

There’s a great line in Mr. Holland’s Opus that I love. If you haven’t seen it, the movie is basically Forrest Gump but with a teacher instead of Tom Hanks. But, when faced with the budget cuts for the band, Mr. Holland, played by Richard Dreyfus in one of his best roles when he’s not punching a giant shark, looks at the principal and says, “If you keep cutting the arts soon these kids will have nothing to read or write about.”

Again, i don’t know the status of everything right now. I know I was asked to send a letter talking about how arts saved me, and I turned it into a diatribe similar to this. What I do know was that having a theatre program to go to during and after school taught me a lot of things. Practically, it taught me how to read an analyze texts. Practically, it also taught me how to move my body, how to empathize with others, how to think outside the box, how to be creative in a second, and that anything in life worth having takes hard work. It also taught me to take pride in what I was doing. Take pride in my life and my choices. To not put anything on stage that I wasn’t 100% proud of.

I know that’s no math, science, or engineering, but it was damn important to me. A weird kid who wanted a place to be weird.
Posted by Bad Shakespeare at 6:00 AM