A Modest Proposal for the 2016 Election Season 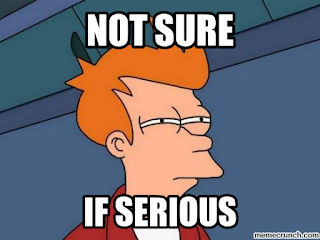 Note: If weren’t able to tell from the apology to Jonathan Swift, this is satire. No one really knows what satire is, except that it’s supposed to be funny, but it usually isn’t, but it makes a point. I’m just trying to make my own little point.

I have a lot of Facebook friends. I don’t say that to boast or brag, and a majority of these friends are actually people that I’ve met, been able to work with, and I know on a personal level. I have a lot of friends with a lot of different opinions, and in these politically charged days, they’re all expressing them on Facebook, a website primarily designed for college students to keep in touch with each other so they didn’t have to pretend that they’d keep in touch, then fall off the face of the Earth like they did back in the old days.

Hey, I think I realize why it’s called Facebook. (Hey, I warned you satire wasn’t funny.)

However, with many different people all expressing many different opinions, I get to see all of the arguments. From all of the arguments, I can gather that the Democrats want to gut the Constitution while killing all of the babies, while the Republicans want to gut the constitution while killing everyone else. Like I said, this is just a rounding up of everything I’ve seen, but that’s where we keep moving into all of this hyperbole. Opinions expressed in the form of “you enjoy a different television program than myself” or “my local sports team is way superior to your local sports team by virtue of the fact that I associate myself with them” are perfectly acceptable; encouraged even, but the moment you associate yourself as a “Democrat” or a “Republican” or even “an Independent” suddenly, the friendly rivalry is over, and one man’s name keeps getting brought up.

If we were to listen to all of the hyperbole going on between Democrats and Republicans right now, Adolf Hitler’s policies are more popular today than they were back in 1936. (And, if you’ve picked up a real history book lately, you might realize that his policies were not, in fact, very popular in 1936, it was more along the lines of “things are terrible…  what else should we do?”)

Yes, Adolf Hitler, the one man that we can really agree on, no matter what your political party, that is a man of pure, unadulterated evil. The one man that when lampooned, no one really has to apologize to anyone for doing so. The one man that is so terrible that once his name is invoked, you know someone has done something epic.

Or at least that’s the way it used to be. It used to be that Hitler-like comparisons were made to those who actually deserved it. To those who actually suggested detaining people in death camps. But now we throw that term around so much, I’m afraid it’s really starting to lose all meaning. Pass a law you don’t like? They’re like Hitler. Disagree with you politically? Hitler. Once made a pass at you at a party and won’t stop texting you? Hitler. Hitler Hitler Hitler. We’ve turned Hitler into a catch all, to the point that this man’s evil deeds are still horrific, but overshadowed because you didn’t like the President’s new proposed spending cuts.

While this is satire, I am not kidding. I have seen no less than four articles about how both President Barack Obama and several of the GOP Nominees for President are in fact, Hitler Like. I’m afraid it doesn’t work like that, everyone.  Not everyone is Hitler. I mean, Hitler was Hitler.

(This is the most I’ve typed Hitler, ever.)

But you see, we’ve typed out Hitler so many times, the name itself is starting to lose it’s meaning. He’s become a bit of a joke now, while still maintaining to be the standard upon shorthand for evil. So, we need to do something to reconcile this.

My proposal is that we change this true vision of all evil. To someone more… I don’t’ want to say appropriate. I really hate to think that some of these people might have supporters of their policies, which is why I suggest going way back. I mean all the way back.

For instance, we could call someone an Elizabeth Bathory. She was a countess who left an impact on history that can only be described as being “The Inspiration for Dracula.” If you’re going to do hyperbole, go big. Your candidate’s policies are so bad, they are literally going to leave young girls in a giant prison, waiting for their blood to be consumed to maintain your candidate’s youth. See? That’s how you do hyperbole.

Or go a little more international by referring to them as a Maximlien Robespierre!  He was in charge of the French Revolution, which means his favorite pastime involved sticking people’s heads in a machine that was designed for nothing other than removing those heads from the person to which they are attached. Think about it. Swords? Axes? All child’s play compared to a machine that was literally designed for no other purpose than to kill people and ensure they were as frightened as possible during that time. And he loved to put people into it. Young people, old people, children, parents, his friends… didn’t matter. Chop chop as someone making an inappropriate joke about him might say.

Let’s go even older. Elagabalus. If you want to show… well, not evil, but more whimsically not right, just tell someone that their candidate is like a little Elagabalus. I’ll be real honest, he came up on a list of really evil people, but he was just known for marrying a lot, trading sexual favors for political ones, and using whoopee cushions at parties. I’m not really sure why he showed up on the list. But I guess if you want to show them as ineffective?

What about Ghengis Khan? He’s an oldie but goodie. Well, oldie but badie. Maybe instead of comparing your least favorite candidate to Hitler, we compare them to the cruel tactics of a guy who tried to take over the world, and punished his enemies swiftly?

My point being to all of this, in my modest proposal, is that you may not like the candidate that doesn’t represent “your views.” But it seems lately that we don’t even have a buildup before we start comparing them to history’s greatest monster, we simply just throw out there that they’re apparently Hitler. So, if you’re going to do it, then do it right. Throw some culture at people. Compare them to one of history’s other greatest monsters, because when it comes to politics in the U.S. lately, rational talking and research just won’t do, apparently. 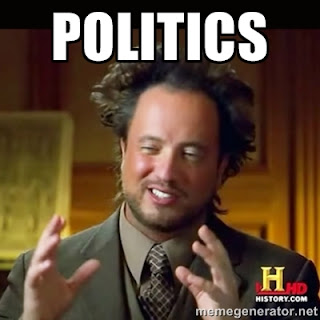 Posted by Bad Shakespeare at 5:30 AM

Email ThisBlogThis!Share to TwitterShare to FacebookShare to Pinterest
Labels: fun with writing, politics