How I Met Your Ending 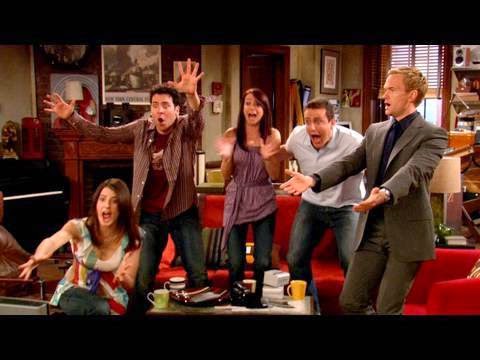 I mean... spoilers for a television show that everyone was mad about for a while... the titular mother died. Everyone was waiting for the big reveal and her appearance was kept secret up until the final season, which was a little silly since she was a character we never saw before. And then, despite the fact that the lead up to the last episode featured a million “Is the Mother dead?” articles, a bunch of people seemed shocked when it was revealed that, yes, she was in fact dead, and the main character was telling the story to his kids to remember her, then about getting permission to move on with another character who’s meeting started the whole show.

I thought it was cute.

Of course, since some people didn’t like it, and this is 2014, one of the first things that happened was that someone took the art that someone else created, and altered it because that’s what they wanted to see. Then it hit the internet, and everyone liked it, and the end.

I have a problem with this.

I don’t have a problem with someone deciding they don’t like something... that’s pretty much what the internet is for. It creates a magic identity shield so people think they can say what they want without the fear of people actually hearing what they think. That’s why if you go into a Youtube comments section about an adorable puppy sneezing, it will eventually devolve into a racist rant against the President or a poorly cited conspiracy theory about how all puppies were waiting for the mother to die on How I Met Your Mother.

I have a problem with the recent trend to take someone else’s art and change it because “you didn’t like it.”

One of the final scenes of How I Met Your Mother featured the two kids that have been listening to the main character, Ted, tell the story for 9 years. Despite the fact that we have been watching for 9 years, through the magic of television time, these kids have only been listening to the story of how many women his father had sex with before meeting their mother for an afternoon. As a result, the adorable kid actors aged to adorable adult actors. So, the scene that featured the kids had to be filmed years ago, before they started aging. Which means this ending, that everyone hated, was the ending the writers of the show were building to since day one. (Or day whatever they did to film that particular scene. Which also means those kids knew the whole time, and didn’t spoil it... good for them.)

So, here we have creators of a show that worked hard for 9 years to build a narrative, and because someone didn’t like it, they decided to change it.

But that’s what seems to happen lately. An entire internet industry has been built on taking art that someone else creates, and either changing it or pointing out flaws that don’t really exist in their minds. We have the “How This Movie Should have Ended”. “Honest Trailers” that point out the “flaws” in each movie. It’s getting to the point that putting something out there at all is a brave act, because people that can’t create are going to take it and mess it up to their own liking.

Let’s also take a little movie that Disney released that was kind of obscure, you may not have heard about it. It’s called Frozen. I know, I know... there hasn’t been much press about it so bare with me. About halfway through the movie one of the characters sings the big show stopping number called “Let it Go.” Now, I joke about the obscureness of the movie, but there’s a real chance you have never heard the real “Let it Go.” Why? Because there are literally a billion parodies of the song out there. Everyone has tried to not only cover it, but some clever people have added their own lyrics, voices, and whatever, changing this song to whatever they want. The first million were amusing. Now it’s time to stop. Please. Everyone.

Also, on that, there’s only one guy who did parodies well, and that was Weird Al. All of you, creating the Frozen Parodies... you’re not Weird Al.

Creating something is difficult. Putting out there was a hard thing, because it’s going to be judged and not everyone is going to like it. Believe me, I know, because I try to do it a lot, and I know that not everyone enjoys these posts. I know not everyone thinks I’m as cute as I think I am. And I’m pretty damn cute. But it’s gotten scarier, because of that constant threat that this work will be taken and changed because someone dislikes it that much. Or likes it, in the case of Frozen, and wants to be the person discovered for creating the one funny “Let it Go” parody.

As for something like How I Met Your Mother... the idea that she was dead was floated around years ago. And I liked it. And I was impressed with the fact that they thought ahead to film scenes years ago to make sure everything fit together. But here’s the thing, if I didn’t like it, I’d chalk it up to, “oh, well, these guys who worked hard on a show for 9 years went in a different direction than I would have” and I would have picked up a book or done something where I created my own art. Not taken someone else’s away from them. I'm not saying you can't like it. I'm just saying you don't have to change what the artist wanted.
Posted by Bad Shakespeare at 4:00 AM

Email ThisBlogThis!Share to TwitterShare to FacebookShare to Pinterest
Labels: Art, artist intent, How I Met Your Mother