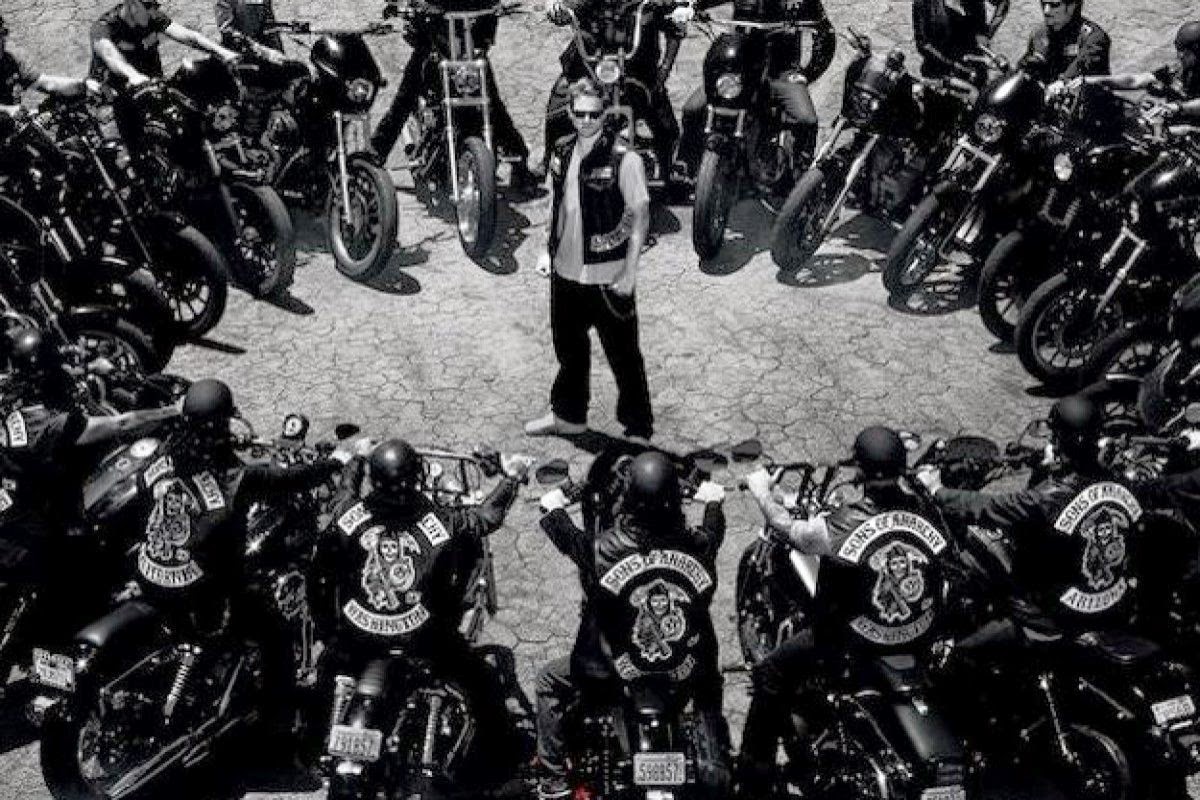 I had heard about Sons of Anarchy a long time ago. It wasn’t that I was uninterested in watching the show, it’s just that for all my talking about TV shows and movies on this blog, I don’t actually spend a whole lot of time watching TV Shows. Movies is another story. I could go to the movie theater right now and spend the entire day there. I won’t argue that with anyone. But my point is that it wasn’t snobbery or anything like that kept me away from what is turning out to be one of my favorite television shows... just time.

Anyway, I was told about Sons of Anarchy and that I should be watching it if I liked Breaking Bad . Not just the Netflix “if you liked” random generator that isn’t always accurate, but by real live people who know and love me. Then I was told by a friend of mind that Sons of Anarchy was a Hamlet story, and I had to jump on it. I still wasn’t sure I was going to write about it for this blog, mainly because of what I had written previously about Breaking Bad.

Remember, I wrote about Breaking Bad because I felt it had Shakespearean Elements, not because it was a direct adaption of anything. Walter White is the perfect character that Shakespeare would have written about: a defeated man who finds strength and his taken down by his tragic flaw. I mean, that’s classic Shakespeare right there. And there’s a ton to explore: themes, characters, etc. I’m not jus comparing to something original, I wanted to very much tell a story about how if William Shakespeare was writing today, he’d probably have written Breaking Bad. (And probably Two and a Half Men. His comedies were very formulaic, and he would have loved Charlie Sheen.)

But SOA was a story that was very rooted in Hamlet. It also didn’t have the same framing device of a season where the characters were all doing good things to ensure that we were on their side - these are gun running bikers that will turn a blowtorch on people for having the wrong tattoos. (More on that later.) I was wondering how I would do that. Yes, Clay is clearly Claudius? Hey, Jax is Hamlet. Horatio is any number of characters a season, most of the time it’s Piney, Opie, and sometimes Tara. Gemma is the anti-Gertude, more Lady Macbeth than anything else. There! Hamlet is SOA, and vice versa!

I’ve said this before: behind Romeo and Juliet, Hamlet is probably one of the most adapted Shakespearean plays. Like some adaptions of Romeo and Juliet, some adaptations of Hamlet tend to leave out some of the bloodier moments to focus on the father/son dynamic, and give more of a happy ending, or give satisfaction with the whole revenge you killed my father thing. So, I should say, while Hamlet is a pretty adapted play with little room to explore many of the themes in a new way, GOOD adaptions of Hamlet that explore themes in new ways is pretty rare.

Sons of Anarchy is pretty rare.

SOA uses Hamlet as a jumping off point. Rather than slavishly stick to the ideas of Hamlet, it uses that almost as a “what if.” What if there’s a prince, who discovers that his father was murdered by his Uncle... what happens next?

As mentioned, the big three of Hamlet are pretty well represented: Clay, the current president of Sons of Anarchy, was Jax’s father’s best friend. He’s our Claudius, calculating, cruel, and guilty. (While in Hamlet it was about 50/50 that Claudius was guilty or innocent for most of the play, this makes it pretty obvious that he’s guilty.) And he’s married to his mother, Gemma, who’s very much not even close to Gertude. (More on that later.) And Jax starts out as our indecisive Hamlet, who has discovered a book filled with the ideas of his father... and is now a father himself... but changes into something completely different.

There’s also another interesting aspect of Sons of Anarchy that hasn’t been discussed much. Hamlet, the play, is pretty much left up a lot to interpretation. Yes, we’ve all seen the stories of a ghost appearing, but a lot of that is how the people putting on the play feel about the story. The original text of Hamlet is vague. We never know for certain if he see the ghost or even if Claudius and Gertude are guilty of anything. Shakespeare casts the entire audience as Hamlet, basically. So it’s interesting to watch something like Sons of Anarchy and see how Hamlet is interpreted. Clearly the creator of the show, Kurt Sutter, appreciates Hamlet and has studied it, but he’s telling his own story now. The idea of this really fascinates me.

Next week we’re going to get a little bit more into the characters starting with my favorite: Gemma. I want to study her first because, as mentioned, while Jax starts out as the perfect Hamlet, and Clay is pretty much Claudius throughout, this character is a radical departure from the Hamlet derived narrative of the show.
Posted by Bad Shakespeare at 4:00 AM