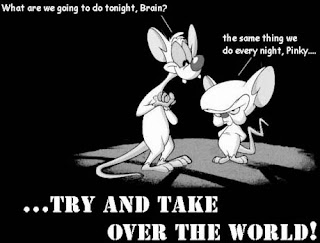 At the time I’m writing this, It’s been about two weeks since I last stepped food in the green fields that made up Ireland. And I have to say… it’s hot. Like, seriously. Muggy, too. I’m not really sure how I survived in the past, because I’m a lot more indoors than I want to be right now, but, man, that heat.

Heat aside, when I wrapped up my Ireland trip, I wondered how it was going to affect my experiences writing about London. After all, this is an entirely new trip, and for one glorious month I thought about Ireland, I wrote about Ireland, taking only a brief break to also write about Nicolas Cage taking over the world. (By the way, I’ve changed the name of the actor to someone fictional. It gives me more freedom. Nicolas Cage is heavily referenced, though.) I mean, will the experience dilute my travels across the world?

It hasn’t. When we left England, there was a quote Professor Davis asked us to consider. He asked us to think about the quote, “When a man is tired of London, he is tired of life.” The thing is, I have to agree. I loved my time in London which was different than my time in Ireland, which will be different in whatever country I end up going to next. (I’m thinking Australia. The spiders in America aren’t terrifying me as much lately.) They’re just different places.

My trip to London featured a very spiritual element in that I got to walk along the same streets that William Shakespeare walked along. At one point I know I actually stepped on stones that Shakespeare himself would have stepped on. And, as Rick Davis may have said, “I don’t claim that the stones themselves reverberate with the spirit of Shakespeare” I did feel it. Ireland, too, had it’s spiritual element, in that I was more connected to a land that believed in spirits and fairies. It was easy to see that connection there. It is easy to accept that their is an element of magic when going to those lands, and believing that there’s more there than what you actually see. Plus, the Celtic rituals we took part in really hit me in a way I didn’t think was possible.

So, for a while I did have a bit of a worry that Bad Shakespeare Takes Ireland would somehow change my view of Bad Shakespeare Takes England. The thing is, they’re two very different experiences. And I’m not really sure where to start with either now that I’ve re-started my blog to include a lot of different things, not just Ireland. And to be honest with you, there are still a few things I want to write about that happened in Ireland, I just never got to. (I was there for class.)  which is why this post is a little self indulgent, but I’m announcing the launch of a brand new Wednesday Series:

It’s going to cover both of my overseas trips, as well as anything else that may pop up between now and when I no longer write this blog. It may be nothing. I did travel overseas for a month twice this year. I can say I’ve spent more time in Europe this year than I have in America. It’s kind of crazy.

Anyway, let’s start with that quote I threw out above “When a Man is tired of London, he is tired of life.” That was the first quote that Professor Davis threw out to us well before we took our trip to England. He wanted us to keep it in the back of our minds, and think about what it meant to us. And he was right, the trip was bigger than just checking out a few plays and thinking good thoughts about them. (Or talking about Shakespeare and other stuff for 20 minutes, as we did.)

London is a big city, and it’s filled with a lot of people. Like most cities. What makes London so unique is the fact that it’s an older city, but the old and the new are so wrapped up together it creates something completely unlike anything else I’ve ever experienced. A modern designed building near something that’s been there since the dawn of time itself (that’s when England was founded, right? I’m fuzzy on my English History.)

I pondered the question “Tired of London/Tired of life” while I was there. I can see why getting tired of this city, where anything could happen at any moment, It just has a unique feel to it. I could tell just by walking through it that it felt different. It “felt” like London. The thing is, it was impossible to walk through Dublin without experiencing the same sort of “Feel” that it was different. To me, a lot of cities seem the same, but London just had a different feel to it. And the surprising thing was that by the end of my journey, I could actually navigate the city like I owned it. It was incredible.

So, what to make all of this? I just threw out a lot of information, some of it conflicting. I think what to bring out of it is the education that I received went beyond “plays” and “writing” for these particular trips. I think the education I received is a reminder that I’m more a citizen of the world than I like to admit, and that I like to explore more than I’d like to think about. I need to get out there. Find out what is waiting for me. And I have to grab it soon, because I know it’s not going to wait for very long.

I don’t know about the rest of you, but I’m curious as to what my next adventure is going to be…
Posted by Bad Shakespeare at 6:00 AM