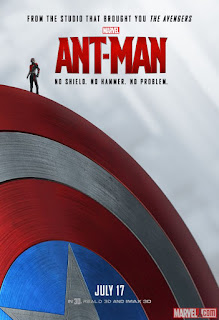 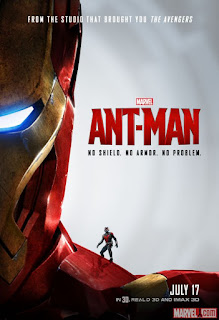 Settle in Boys and Girls… this will be long, but worth it.

Once upon a time, Marvel Comics had a plan. They released a movie called Iron Man which featured a pretty popular but not well known outside of comics superhero played by the awesomely awesome Robert Downey, Jr. It should be known at this point that when cast, RDJ was known as that once high profile actor guy who had been fired from Ally McBeal.

But, they had a plan! What if, instead of just having Robert Downey, Jr. play Tony Stark, billionaire industrialist playboy who built a suit of armor to atone for his sins, what if… WHAT IF… they introduced the OTHER people he shared a team with? And they made fun little references to the properties own by Marvel Studios (who owns who is tricky business, kids. I went over it once, but the bottom line: Marvel Studios doesn’t own everyone in the comic books. Don’t think about it for this post.) So at the end of Iron Man, Tony Stark meets up with Nick Fury, who tells him about the Avengers.

Then, not knowing if that little trick would work, Marvel took another gamble. They referenced Nick Fury, Avengers, and Tony Stark in the front of The Incredible Hulk… THEN HAD ROBERT DOWNEY JR SHOW UP AS TONY STARK. This happened a little over a month after the Iron Man movie, which meant it was filmed well before they knew that Nick Fury's one minute cameo went over well with everyone. Audiences went pretty nuts for this. Here was Iron Man in a non-Iron Man movie, telling us that the Hulk was going to be in the Avengers! This was incredible.

It kept going like this: Iron Man 2 featured heavy references to Captain America and Thor. Nick Fury and Black Widow were characters. Thor, despite being off-world still managed to throw in sly references to Ant-Man (Henry Pym), Tony Stark, and the post credits sequence tied in directly to the Avengers. Captain America set the rest in motion which brought us to the Avengers, an action packed movie that brought everyone else together and hinted at even more danger. That was Phase 1.

But that’s all history. Why am I bringing this up here?

Because Phase 2 blew it all to hell, and got rid of half the fun.

Iron Man 3 was along slog about how Iron Man doesn’t want to be Iron Man anymore, how he’s got PTSD, and all at a time where we were supposed to be blaming Man of Steel for being too dark. (When one of your characters asks “When are we going to talk about the Avengers?” that’s not cute, it’s what the audience is thinking.) Thor 2 made a quick reference to Captain America and Guardians of the Galaxy.  Of course, that movie had no interest in being associated with the Marvel Cinematic Universe, despite a lot of table setting for the way long off third and fourth Avengers movies, and all attempts to get references to it (The Hulk and Iron Man were both supposed to show up at different times) were removed in favor of funny shots of Groot dancing and Howard the Freakin' Duck. Captain America 2 made the most references to the other movies, leading into Avengers 2 and with a brief mention of Steven Strange (that elicited way too strong a response because we’d just watched three movies not want to talk about anything Avengers or larger universe) . But overall, the series was more interested in re-establishing the heroes as single characters instead of a team, removing all those fun references that sucked us into Phase 1. Even Avengers 2 cut out it’s end credits scene! We live for those end credits scenes. Basically Marvel said, “You know what worked in Phase 1? Let’s remove all of that from Phase 2.”

This is a long way to tell you what I thought about Ant-Man, technically the end of Phase 2 of the Marvel Cinematic Universe.

Ant-Man is the story of Scott Lang (Paul Rudd, in his most Paul Ruddiest role to date.), former thief who, after a stint in prison, is given a second chance by the first Ant-Man, Hank Pym (Michael Douglas, spouting dialogue he never thought he’d have to say.) He has to don the suit of Ant-Man, a shrinking hero who was active during World War 2 and had to retire and hide his suit because well... THE WRONG HANDS! (seriously, though, so much time is spent thinking about how these advancements in these movies might fall into the wrong hands, maybe they should stop inventing them at some point.)  He needs Scott to steal a suit being developed by his protege, who wants to build an army of shrinking super-soldiers in a world that needs super soldiers of any variety. This takes place post-Avengers 2, so a lot of references are made to the fact that a freaking city was just dropped by an evil robot.

Let’s get the good out of the way first, because there’s a lot of it: This movie is not afraid to reference the fact that it is taking place in the Marvel Cinematic Universe. It starts with Hank Pym quitting SHIELD, along with appearances from Peggy Carter and Howard Stark. That’s the first five minutes. Later, when Hank is describing the problems with having a shrinking technology out their, Scott doesn’t hesitate, he says “bring in the Avengers.” The DNA of the Marvel Cinematic Universe is all over this movie. There are references to the events of the Avengers 2, Spider-Man, and even a fight scene with an actualAvenger, which is likely to happen when someone else with superpowers shows up on the scene. An actual, honest to goodness, “hey this is the first time we’re meeting so let’s fight” scene. Remember how much we all enjoyed that in the first Avengers movie? We do. Did Marvel remember? No. But Ant-Man remembers.

This movie avoids a lot of Phase 2 problems by simply having fun with the premise. There’s the initial issue with the fact that this main character’s power is to shrink and control ants… what’s the point? The point is that he can sneak into anywhere, and is pretty powerful, despite the jokes about his name. There’s the heist factor, where he’s got a pretty funny team with him. Michael Pena as his old cellmate Luis stole every scene that he was in. I’m not the first person to claim that, I know, but that’s because it’s true. Michael Pena is the type of actor who’s funny, but is interested in making everyone around him look good. The movie is better for having him in it. I can’t say that about every character in every movie, even ones I love. But he’s simply perfect.

There even is a dramatic sub-plot. Why, you may ask, does Henry Pym simply not ask his daughter, Hope (Evangeline Lily) to don the Ant-Man suit? (Spoilers). After teasing us for a little bit, it was revealed that Hank had a partner (as he did in the comics): The Wasp, who sacrificed herself for the greater good, and Henry needs someone “expendable” in Scott Lang if something goes wrong. He can’t sacrifice his daughter.

It’s that attention to detail that makes the movie perfect. It’s that moment of drama that pulls us into the movie, but then gives us enough humor to take us back out and remind us that it is a superhero movie about a guy that controls ants.

I could go on. The special effects weren’t just great but unique, giving us a look into a shrinking hero that uses his power to fight crime. The pacing was spot on, not spending too much time in one location for us to get bored. It doesn’t take itself too seriously… it’s a movie about a shrinking hero. It establishes a history not just within the story itself, but in the larger Marvel Universe. And the post credits scenes are used to establish upcoming stories for Hope, Ant-Man, AND the Marvel Universe as a whole, rather than making a joke or trying to distance itself from the larger world being created.

I’m VERY proud to announce that Ant-Man is my first 10 out of 10 for the Summer Movie Season.
Posted by Bad Shakespeare at 5:12 PM