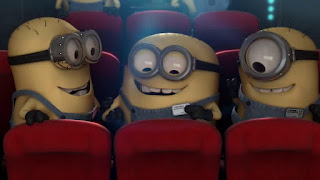 Sequels are a funny thing. Everyone wants to find a way to duplicate success, particularly if it can help their eyes turn into dollar signs and build them large Scrooge McDuck Style vaults in their backyards. This has resulted in some funky sequels, like Highlander 2, which took the central premise of the first movie “there can only be one,” threw it out, and decided that there were many, and screw it give us money to see this again, please. Then there’s great sequels, like 22 Jump Street, which decided, “we’re making a sequel, and you can all just deal with it” and then made a sequel about a sequel.

Then there’s the elusive spin-off movie, which isn’t really a sequel but takes things that are really, really, really popular from the first or second movie, and then makes it a completely new movie with new characters. But this is a tricky prospect; for every The Wolverine there’s a Wolverine Origins. Everyone remember the last Marvel Cinematic Universe attempt with Elecktra? No? Great, better for the rest of us.

So, naturally, I was wondering if the Despicable Me spinoff Minions was going to be worth it. Walking in I wondered, will I be treated to the moral complexities and action sequences in The Wolverine? Or would I be treated to another, less Despicable Me movie that used the B-list of all the characters in an attempt to replicate the success of the others as in X-Men Origins: Wolverine?

The result was somewhere in the middle.

Minions is about those yellow gibberish spouting creatures that worked under the care of Gru, the titular “despicable” character in the Despicable Me movies. First as minions of evil as he decided to steal the moon, then as the minions of... well, not quite good, but “less evil” as he found love and decided to settle down. So, how did they come into the care of Gru?

That’s right, kids, settle in because it’s a prequel!

The movie begins as the characters are nothing more than single celled organisms working to serve the other, bigger single celled organisms before they climbed out of the primordial ooze. Apparently the Minions have always wanted to serve the biggest, baddest master out their, which is a little dark when you think about it. These cute little cuddly creatures are essentially pre-disposed to evil.

Soon, after some mix-ups in a hilarious montage narrated as if it were a nature documentary by Geoffery Rush, they find themselves building a civilization in a nearby cave where they can no longer do any damage to anyone. But, this life, while fruitful, bores them. Once again, we’re treated to the darkness that is if they’re not doing evil, then they’re just not doing something worthwhile to them. Dark.

Eventually, three brave Minions decide to go out and find a new dark master for them to serve! Margo, Edith, and Agnes Kevin, Stuart, and young Bob head out into the world, and find themselves in 1960’s New York. They eventually learn about Villain Con, an international meeting of Villains designed smartly like Comic-Con, and the biggest, baddest villain of them all, Scarlett Overkill, voiced with enthusiasm by Sandra Bullock, and her husband Herb Overkill, voiced with less enthusiasm by John Hamm. It’s ok, though, the character calls for it, so it’s actually quite funny.

From the she asks them to steal the crown jewels. Hijinks ensue.

Minions overall isn’t a bad movie. It has some genuinely funny moments, such as when Bob pulls the sword from the stone, when they encounter a family of bank robbers, or just about anything Herb Overkill does. (Seriously, you want another spinoff? I’d watch him just lazing about England as his wife tries to take over the world.) But part of the problem is that it hasn’t decided what kind of movie that it wants to be, and just throws everything against the wall to see what sticks. Which is impressive as it’s one of the shorter movies I’ve seen this summer, clocking in at about an hour and a half.

The movie starts, interestingly enough, with that nature-like documentary narrated by Rush. This could have been expanded and really made to shine, especially as it is revealed that the Minions served a T-Rex, Dracula, and Napoleon. Yes. The General. But these are all glossed over so we can get right back into what we’ve seen in the first two movies: Villainous hijinks.

This means rushing to Villain Con, and rushing right toward getting these guys in front of a bad guy to be bossed around. Which I get is the purpose of the characters, but we don’t spend enough time with them.

The movie itself is very episodic in nature, moving from one moment to another very quickly, not spending much time establishing itself. Part of the charm of the first two Despicable Me movies was a heart at the core. Gru was Despicable, yes, but he was mostly harmless. We don’t get that as much with Scarlett, an over the top villain who hides rockets within the folds of her fancy gowns. (Of course, this is one of the better parts of the character. And it’s pretty awesome, I’m not going to lie.)

That being said, the movie is funny in little moments, like when Kevin is raising his exploring crew, or Bob with his little bear Tim that he carries around. Even Stuart gets in some good moments as the very laid back, guitar playing character that doesn’t really want anything so much as he’s just going along with whatever people are asking him to do.

Bottom line, the movie is amusing overall, but would have probably worked better as a TV Series. Of course, it’s currently raking in Elevenity Billion Dollars, so what do I know?

Six and a half out of Ten.
Posted by Bad Shakespeare at 6:00 AM