An Ode to Prestige Season... 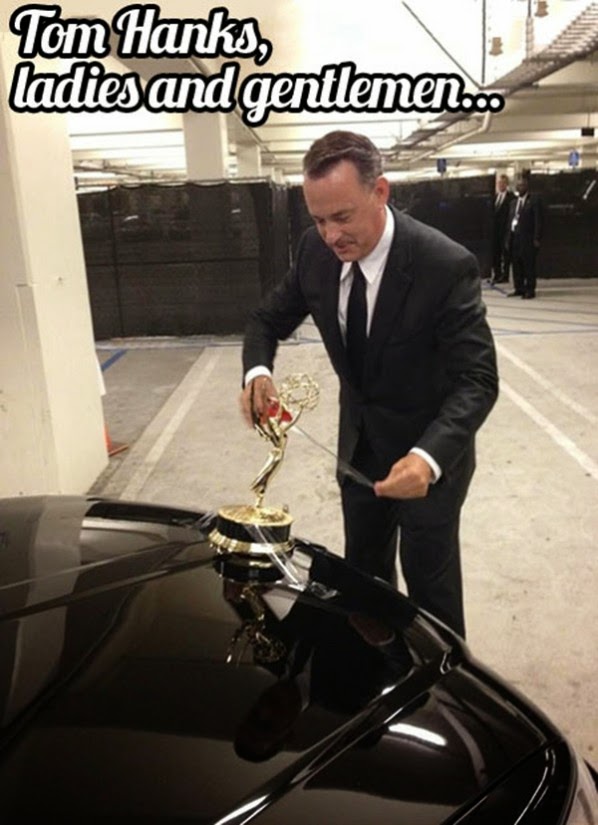 The few weeks after Labor Day are the hardest for us movie junkies… er… I mean, enthusiasts. Gone are the flashy big blockbusters of yestermonth, and now we have to sift through the remains of the Labor Day Dumping Ground… because I’m sure your horror movie released in August is going to be pretty good… and the quieter movies that are slowly starting to creak back into theaters after a loud, loud summer. I mean, the big releases this week include what’s essentially a “Jackie Jorm-Jorp”  Elvis Story.

(Quick side note, Jackie Jorm-Jorp refers to the television show 30 Rock. One of the side plots involved an actress getting hire to play Janis Joplin, then the movie slowly losing the rights to her song, then her names, and the producers desperately trying to still pull off the movie. It’s hilarious, but it’s what I think of when I see a movie that’s about the twin brother of an Elvis sounding guy impersonating said Elvis sounding guy.)

Anyway, we need to thank Joss Whedon, the patron filmmaker of the Summer, for a fantastic movie season. I’ve mentioned with my recap, we’ve had some great highs that involved dancing plants, fake cops, and love letters to music, and we’ve been assaulted by realistic origin reboots, unfunny comedies, and giant robots. We’ve seen teenagers die, we’ve seen dragons get trained, and we’ve seen apes take their rightful place as in charge of this world. (That last line was just in case they do take over. I want my bases covered.) And we have a lot to look forward to next year, already, roughly about 90 superhero movies in the works, including a directorial appearance from our own patron filmmaker, so I’ll be interested in seeing how that turns out.

Thank you Joss, for presiding over a fantastic Summer Movie Season. I look forward to your graces next year.

Prestige Season is difficult to navigate. Rather than the giant blockbusters, we have smaller films, or films that are more focused on winning awards. And for a brief period in October, we have a bunch of horror movies that studios have not decided to just dump in August, randomly, figuring you could use a good scare before a trip to the beach.

The other tough part is that these are the movies most likely to appear in the Annual Oscar Movie Showcase from AMC, which as loyal readers know (and disloyal readers can glean from my archives) Bad Shakespeare attends, blogs, and tries to go into as fresh as possible. So do I avoid those movies? Or do I risk it. Remember, I ran the risk of watching Gravity twice.

But Prestige Season and Tom Hanks are not about hatred. They’re about looking at a different type of movie. Tom Hanks, from what I can see, is all about the love. So, it is with that, we have to offer our prayer to Tom Hanks for a successful and enjoyable Prestige Season.

So… what do we have to look forward to for this very Tom Hanksian Prestige Season?

We will be running mazes with Young Adult Adapations anew
And once again, we visit Peter Jackson’s Middle Earth
With Hobbits, Elves, and Orcs of Blue.
Christmas Brings us both sadness and mirth
As Robin Williams’ graces us final times
With a Merry Friggin’ Christmas and
Museums at Night, this time with London Chimes.
Don’t take this time to bury your head in the sand
As Christian Bale releases his people with an Exodus
Kevin Smith returns to the big screen with a tale
About a man, turned into a walrus
And let us hope that he doesn’t fail
As Simon Pegg becomes Hector, in his search for Happiness.
An all star cast decides This is Where I leave You
But I must confess
Interstellar is the movie that’s already in my queue.

For the kids there are Boxtrolls and Big Heroes of Six
Although I’m not really sure what a Boxtroll is.
And let’s not forget the big kids in the mix
With Equalizer, Gone Girl and A Walk Among the Tombstones…is….

Speaking of movie remakes being all the rage
Left Behind will rapture us again
This time with Nicolas Cage
That should drive Kirk Cameron insane.

Brad Pitt Trades World War Z for World War 2
Batman Michael Keaton becomes Birdman
And Bill Murray teaches us all as St. Vincent, who
tells the story of a kid, and his best friend a man.

Daniel Radcliff puts on some devilish Horns
Laggies has Kiera Knightly using her American speak
While Annie brings us musical horns
And Keanu plays a hitman past his peak.

So we ask you look over these movies, Tom Hanks
As the Patron Filmmaker of Prestige Season
And bring the horror movies into your ranks
And the movies I didn’t name for some reason.

There you have it. Our brief prayer to Tom Hanks, the Patron Filmmaker of Prestige Season. I won’t be covering it quite as much as I do Summer Movie Season (which has a better place in my heart for more nostalgic reasons.) But I hope you enjoyed this, and our look back on the Summer movie season that was.
Posted by Bad Shakespeare at 10:17 AM