Wrestling with some Good Theatre 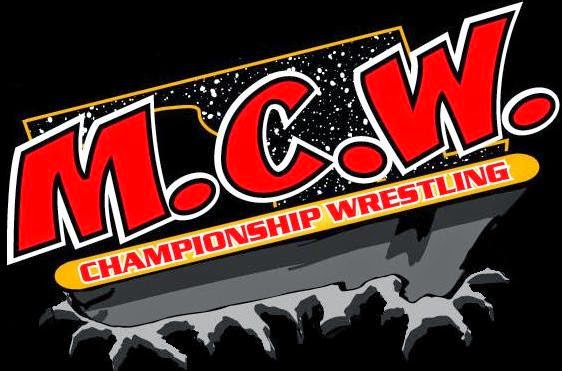 As many of you know, I rather enjoy theatre. To me, at times there’s nothing better than seeing what is going to end up on the stage, how something is going to be interpreted, how it’s going to look when thrown up there, what we as the audience is expected to see. So, naturally, I enjoyed my trip to go see Maryland Championship Wrestling’s Autumn Armageddon Show that I recently attended.

I should back up. Like many children, I grew up with WWE wrestling back when it was WWF and not about a bunch of pandas, and Hulk Hogan and Rowdy Roddy Piper were going at it. I stopped watching around the time I go into high school, but when I got into college, I started watching it again because one of my very good friends was considering going to wrestling school to learn how to be a professional wrestler because dreams come in all shapes and sizes. Some people want to be teachers. Some people want to be police officers. And some people want to put on tights and pretend fight for a shiny gold belt and the adoration of millions. No dreams are really stupid.

Sadly, my friend did not go on to wrestling school, (but is very happy and successful now) but we have fun nonetheless watching the pretend fighting of some very skilled people doing stage fighting, but because some other people take it too seriously it doesn’t get the respect it deserves.

Back to the present, I’m not sure if any of you have been to a smaller wrestling show, but I highly recommend it. I don’t mean when the WWE takes time out of firing off fireworks and making you pay $60 to watch a bunch of matches that, let’s face it, probably end in John Cena doing something cool, but I mean a small little house show that can take place just about anywhere, including hotel ball rooms, or in the case, a gym just outside of Fredrick, Maryland. I really recommend checking something like this out, because it’s a blast and a half.

Firstly, all of the wrestlers come out into the audience when they’re not wrestling, and you get a chance to talk to them, meet them, and get your picture taken with them. (For a nominal fee. Wrestlers have to eat, too.) So it’s a fun thing, especially for kids, because they get to meet the guy that was doing flips and we were booing literally minutes ago.

Secondly… it’s kind of interesting to watch because these are developmental people still learning the craft of fake fighting. Yes. I am aware that Wrestling isn’t “real” in the sense that two people enter, and one man leaves with the belt as destined not so much by skill, but by what some writers thought would be more interesting. But like I mentioned before, it’s a play. Two guys are fighting for a reason given to them - maybe over a belt, maybe one of them dissed another, or maybe it’s because one doesn’t like the other one’s face. They’re all playing characters… some good, some bad. They’ve got props, they’ve got “rules” they need to follow, and some of them are improvising what’s going on just on the fly.

Now, if this sounds suspiciously similar to theatre, that’s because it is. Yes, one is seen as a “lesser form” because… well, reasons. But the wrestlers getting up there have to tell a story, and often times they do it in crazy and unique ways. Just because Shakespeare uses a sonnet to declare his love while The Bruiser uses his finishing movie, the Bruise Bomb, does it make one “better?” They both have to get their point across in some way. I’m not really sure it does. Just watching people throw fake punches would get boring without some kind of story.

Yes, there are those that take it too seriously. The event my friends and I attended did include at least one person being escorted out because he believed that the people in the ring were really fighting. Here’s the thing with that, though, even though it’s “fake” and the real better wrestler doesn’t always win, these guys still have to work out. Let’s just say the guy doing the taunting wouldn’t exactly be able to stand up to the 6 foot guy with muscles on his muscles. So maybe it was best the smaller security guards managed to throw him out before the bigger guys managed to get his hands on him.

Overall though, it’s just a fun time. The event we attended, sadly ended badly as Blackwallstreet managed to maintain their dominance by retaining all of their titles, setting up another exciting adventure later for the good guys to win them back from the bad guys.

Like I said not the best stuff in the world, but even Shakespeare wrote a play where a bunch of guys are baked into a pie and fed to their mother, so even he understood the importance of a heel turn every once in a while.
Posted by Bad Shakespeare at 5:00 AM