Exactly three years ago, I did my first post. It was about bunnies, gritty origin reboots, and a host of various other things you’d expect this blog to be about. Looking back, it was about my decision to just go for broke and go be a High School English Teacher, a quest once derided by someone who sarcastically told me to “reach for the stars.”

The blog has evolved a lot since then, originally wanting to focus on only teaching and education issues. It’s grown to be pretty much whatever I want it to be (which is probably why I don’t have a very large audience. Even my family members have admitted they don’t read it anymore.) But a lot has happened in those three years since I first sat down and said, hey... why don’t I start a blog?

I really debated about WHAT I should make this post about. Should I make it a mad-cap recap of everything that’s happened to me in three years. (Which is a lot.) Should I make it a solemn occasion, one in which I reflect about the past and what it means for the future? Or should I simply write a few words, and then move to Wednesday’s post, which is all about that Shakespeare?

It’s been three years. I’ve decided that I’m going to do the madcap recap. It’s more fun that way.

So, the road so far (imagine “Carry On My Wayward Son” playing while you read this. It will make you think that I’m in Supernatural. I don’t talk about it much, but I’m a big fan of the show Supernatural. Dean rules. And Jared Padelecki really messed with my mind being in a second show where there’s a “Dean” and he doesn’t play “Dean” but he did in Gilmore Girls. Jerk.) 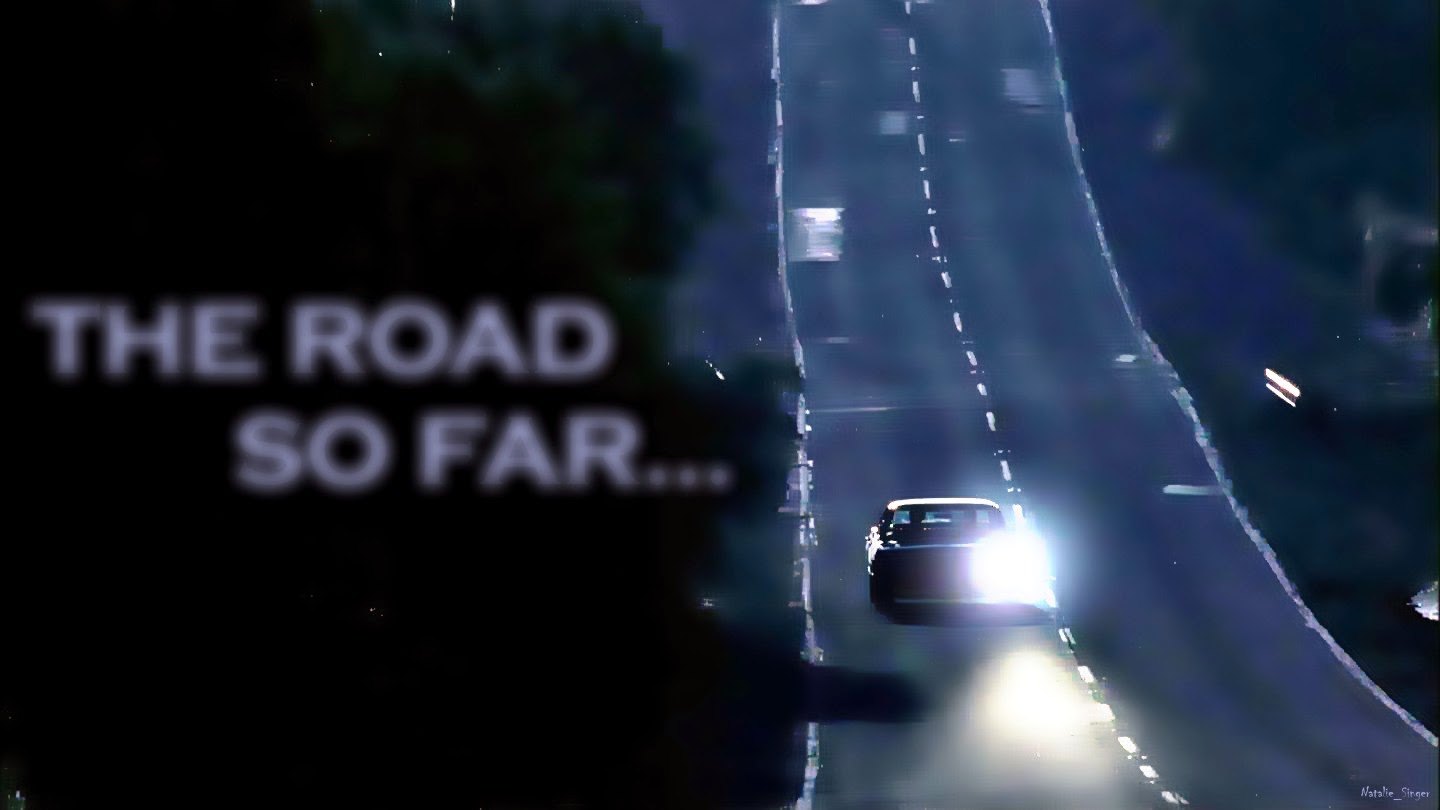 Anyway... so back in 2010 I decided I was going to be a teacher, mostly born out of the fact that I was the world’s most okayest Government Contractor, and I was must more interested in literature, Shakespeare, and less interested in form 11B that needs to be filled out in accordance with regulation D, subsection Q in the official handbook. That I helped put together. Badly, but I helped put together.

Around 2012, I decided to start a blog about my adventures in teachering! Or becoming a teacher. I had been accepted to George Mason University, which originally accepted me on the basis that I wanted to be a teacher, and then somewhere along the line I strayed a little bit from that first path because, well, I get easily distracted. But there I met some cool instructors, including Professors Pellegrino, Zenkov, and Burtons-Peters, whom I still speak with today. Also who’s names I don’t really discuss names on here a lot, but I really wanted to point them out, because they’re three totally awesome people who continue to help me, even if they don’t have to. (Two of them wrote letters of recommendations; which put me into English Graduate School.)

Around 2013 I started to move the focus of my blog to be “whatever the hell I felt like writing that day” because education issues are important, but it’s a lot to take in, and as I learned, way more political than it needs to be. Seriously, folks, want to improve education? Let the experts deal with it.

One of the better changes was the focus on something that I love which are movies, and I started focusing on the AMC Best Picture Showcase, and of course, my dividing of the Three Movie Seasons and their Patron Saints... Joss Whedon for Summer Movie Season; Nicolas Cage for Good Bad Movie Season; Tom Hanks for Prestige Season. Good times.

Around 2013 I started having problems with the Praxis 2, which is this big test that once you pass, it means you’re going to be a great teacher and be able to solve all the world’s problems in one hug. Of course I’m kidding, it’s a standardized test that everyone who wants to teach in their field needs to take because the teaching classes focus on how to teach rather than the content in the field you’re teaching, and oh, good there’s a test you can take that will prove that you know everything. If you have trouble passing, fortunately, the company that makes the test and sells it to the local Government has classes you can take and materials you can buy for a small severe markup. How lucky.

I continued to take the test, going so far as to get yet another job back as the world’s okayest Government Contractor (I want to point out that the problem was with me, not where I worked. I still loved everyone I worked with... well, most of them... but the problem was that I wasn’t very good at my job, it requiring very little need to interpret Shakespearean plays. So... you’re awesome, guys. I wasn’t.) while I continued to use those materials to take and re-take the test, eventually falling back on a source that taught me how to game the test and eventually pass.

I passed. That officially meant I was ready for my internship.

From last class to internship, I made roughly 999 Nicolas Cage references on the blog. This is number 1000! Yay! Also, during this break, I took the time to write a novel for National Novel Writing Month, focusing on a slacker and his buddies trying to take out an evil Nicolas Cage with the help of James Franco. It was pretty awesome. I’m looking forward to expanding it later.

Anyway, I started my internship, bright eyed and ready to take on the world, knowing I’d be the best teacher ever. Then, I started to realize that I wasn’t enjoying it as much as I thought I would. As someone pointed out, this is the honeymoon time, and if you’re not enjoying the honeymoon, then why are you doing it. I got low. Got dark. And eventually, started seeing a therapist because I really wasn’t myself. It was bad, people. Very bad. Eventually, I realized that I wasn’t following what I wanted to do, which was a lot more Shakespeare interpretation, so I quit my internship in a not so dramatic manner, but still applying to be an English Major.

That’s where we are now. I’ve been to England, I’m getting ready to go take Ireland in what promises to be an awesome program involving writing and hopefully Lucky Charms, and I’m still watching movies at a professional level.

3 years, four jobs, two graduate programs, a house, an apartment, three countries, (four if Scotland had voted for independence), three Spidermen, more movies than I can count, and one dream later... here I am. It’s been a long road. It’s been a weird road. But it’s been an interesting road.

So without further ado and no more gilding the lily, I raise a glass (metaphorical if you’re reading this really early in the morning. Or do. I’m not here to judge) to you, Bad Shakespeare. The Blog I’m using to chronicle all of my various adventures.

Also, I mentioned three names up top, but I also want to thank all of you who have helped me through this time. My parents who keep letting me dream and as Tina Fey put it "Gave me a confidence that far outshines my abilities".  My wife, Marissa, who puts up with "I'm a teacher, no I'm a swim coach, no I'm a [insert crazy idea of the week]…" To my very good friends, Jake, Melissa, Jerome, Kimothy, Beppe, Jeffrey, Emma, Kati… you all rock, and thanks for hanging out with me and making sure I don't go do things on my own I probably would be doing. Particularly Jerome and Kim, who go see all the stupid movies with me, and yes, putting up with "BUT IT'S NICOLAS CAGE". Thanks to Rick Davis and EVERYONE who went to London for making the "old, English Major Graduate Student" felt welcome and didn't have a single meal alone. (Except in Stratford, but that was by design.) Thanks to Kumutha and Beej, who understand my complex Doctor Who fan-ness, and ensure I get my daily dose of it, even though we've met in person maybe once. Or twice. Thanks to Sharon, Leslie, and Laura for helping me with jobs on countless occasions. My successes are possible because of all of you, and I'm aware of that.

And also, a special, heartfelt thanks to ALL of you who read this blog. I wouldn't be doing this without you. 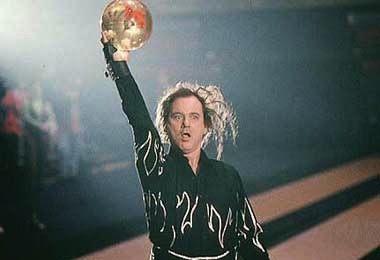 With all that I’ve done in three years, it’s incredible to think about where I’ll be in three more.
Posted by Bad Shakespeare at 5:00 AM