The Fast and the Furious Week: The Conclusion 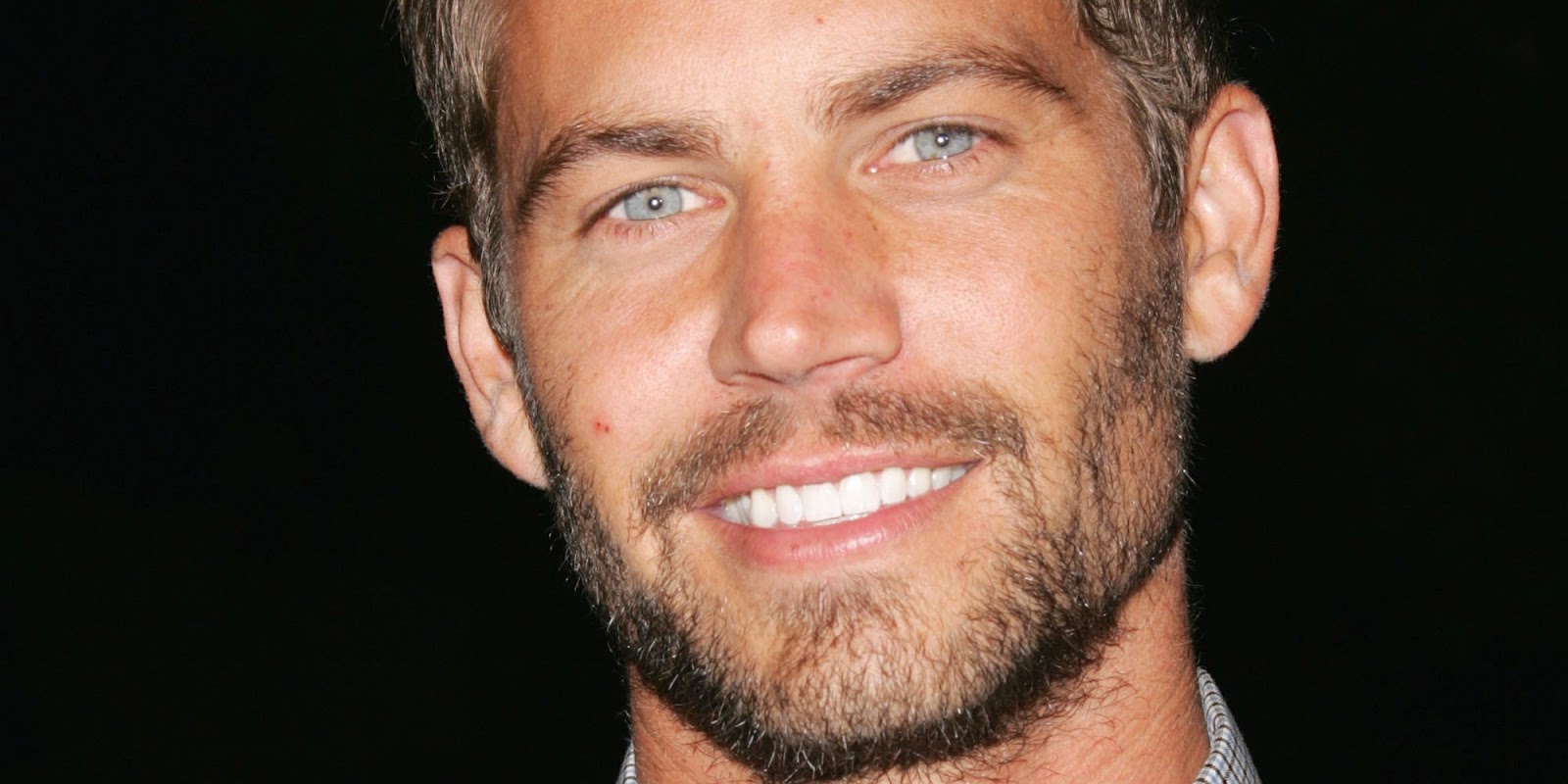 Let’s talk for a minute about the Rocketeer.

For those of you who don’t know, The Rocketeer was a Disney movie that came out in  1991 about a daring pilot who found a jetpack. It had action, it had Nazi-Punching, it had bankable movie stars (Including Timothy Dalton doing his best Errol Flynn impression) and it was set to build a new franchise. Literally, this was tailor made to go up until The Rocketeer 9: The Rocketeer Takes Las Vegas.

It bombed. Horribly. People are discovering it now so I wouldn’t be surprised if we got a reboot in a few years.

My point is, most movies don’t really have a chance to make one impression on an audience, much less 7. The Rocketeer, by all reasons should have made it. And I’m sure a lot of people, seeing it today, would wonder why it didn’t do better. A million think pieces have been written as to why, but the thing is, no one can really tell you “why.” The audiences weren’t ready for it. The actors, who were somewhat known at the time, weren’t known ENOUGH. But it just didn't have “it”.

So it’s kind of amazing that a movie about street racers who do a little heisting on the side made it this far. Not only to movie number seven, but after re-inventing itself three times, shifting it’s cast around, adding characters, subtracting characters, and even managing to build an entire movie that has a tenuous connection to the others, no matter how much Han says, “let’s go to Tokyo.” Lesser movies didn’t make it this far. Greater movies didn’t make it this far. But the Fast and The Furious managed to.

(Obviously spoilers from this point. If you’re worried about spoilers, go watch the Rocketeer.)

Furious Seven (dropping the Fast and…) picks up just a little bit before Fast and Furious 6 ends. Deckard Shaw (Jason Statham in his Jason Stathemiest role to date) is in the hospital room with his brother, Owen Shaw (Luke Evans, doing his best coma acting) and vows revenge on the people who did this to him: Dominic and his crew. Meanwhile, Dom is trying to get Letty to remember her past by taking her to Race Wars, allowing Iggy Azeala to have a cameo in the film. Brian is trying to adjust to life as a father (in a great minivan scene) and doesn’t yet know that Mia is pregnant again.

Deckard wants information on who took out his brother, so he hacks into Luke Hobb’s computer, and a fight ensues, putting Luke in the Hospital, presumably so the Rock can go film one of the many other movies he has to go film. It’s at this point the movie picks up from the end credits scene in Fast and the Furious 6, with Deckard killing Han and sending a warning bomb to Dominic.

Hobbs, from his hospital bed, clues Dominic into what’s going on, Deckard and Dom have an epic showdown until it’s interrupted by Kurt Russell playing a super-secret spy type guy he just calls “Mr. Nobody.” He’ll help him get the jump on Deckard if they can help him boost some kind of super secret surveillance program because everyone else in the CIA is busy or something. Naturally the movie, from this point on, features cars jumping out of a plane, a busy busy heist, Dominic and Brian jumping a million dollar car in between three buildings, a fight in L.A., a collapsing parking structure, the Rock flexing out of an arm cast, and enough property damage for a Marvel Movie.

Really? No one calls the army in at this point? Someone was firing missiles at cars, people.

I’m of two minds when taking a closer look at this movie. On the one hand… I really think they lied to us about how much of the movie Paul Walker made before he died. The Fast and the Furious movies aren’t really about cars or fancy heists, but family. This message is pushed more than just about anything. Letty can’t stand being on Owen Shaw’s crew in Fast and the Furious 6 because he doesn’t run it like a family Fast Five is about Dominic wanting to provide a good life for his family, which includes Brian. Fast and Furious (the fourth one) starts out by showing us how weak they are when they are apart, not a member of a family. Even Han dies as a result of being out on his own, having rejected being part of the family, even has he builds his own in Tokyo Drift. It is that sense of family that first brings them together in the first movie.

So Paul Walker’s absence is felt hard in this movie.

At the core of this family is the Brian/Dominic relationship. It’s strong, and it’s something you root for. I can throw all the bromance jokes I’d like, but that’s the core of these movies. It’s felt in 2 Fast 2 Furious when Brian is working with Rome. Sure, they have great chemistry, but they don’t have the chemistry between Paul Walker and Vin Diesel. It’s really lacking in Tokyo Drift. I realize that they had to shoot a lot of the movie around Paul Walker’s death, but when Mr. Nobody is talking to just Dom, or they send Brian off into the background… that’s felt. It takes away from what separated these movies out from being generic action pieces.

However, the way they dealt with Paul Walker’s Death is important. The last five minutes of this movie are some of the most emotional minutes in any film, where you get the idea that Dominic isn’t saying goodbye to Brian so much as the cast is saying goodbye to Paul Walker. He is given a happen ending to live with his wife and kid, away from the lifestyle of street racers turned international thieves turned… spies now, I guess. But it’s a powerful moment, and one that is not glossed over. I’m glad they gave him a happy ending, even with the heavy handed symbolism of having the two characters drive in different directions. I’d like to think they’d end it this way, even if they weren’t forced to.

As for the rest of the film… it delivers, that’s for sure. The first few moments clue us into the fact that we are going to be watching the consequences of the last movie, where Deckard Shaw is busy monologuing to his comatose brother about “the future.” As the camera slowly pulls away, you can see the damage has already been done, and he has clearly fought his way into this location, and spectacularly so. And there are some excellent action sequences, such as a car diving through three different buildings in Abu Dhabi.

Once again the franchise manages to reinvent itself, transforming into a revenge piece. Think of this more of the Titus Andronicus of the Fast and the Furious Franchise: bloody revenge without much need for apologies. There’s even a little epilogue where the Rock and Jason Statham pretty much promise they’ll be coming after each other again. And once again, even with the heavy weight over it, it’s just a fun movie. Not the best the franchise has to offer. But boo one can accuse it of not being a lot of fun.

So, thus ends my look at all 7 of these movies. I’m not sure what I’ve learned by doing so. Maybe it’s the fact that they did have to reinvent themselves for each individual movie is the reason they managed to survive for so long. The weakest, the second, didn’t, and it clearly shows. Maybe they were around because the deliver on what they’ve promised so many times. Mostly, it’s just fun.

As for the future, it will definitely be Paul Walkerless, and that is sad as he is one of the faces of the franchise, and an all around good guy.  Seriously no one had anything bad to say about him. The fact that he was in six of these movies should tell you all you need to know. He wasn't a big star. He was just a guy that people liked, and wanted to keep working with. That's important. He will be missed.

I’m a little disappointed they didn’t do more with Lucas’ Black’s character, originally brough in to be a new Paul Walker for the franchise, but he pops up here for a minute to remind everyone that Han trained him at one point. No offense to Mr. Black, but he doesn’t exactly have a busy schedule right now, he could have shown up for more. Helen Mirren has expressed interest in playing the bad guy in the next one, and Vin Diesel has said he’d like it to be in New York. I think that opens some interesting possibilities.

Either way, we know that once again they’ll find some over the top sequences to show us, and they’ll reinvent themselves. Again.

Also, I’ll be watching.
Posted by Bad Shakespeare at 2:07 AM

Email ThisBlogThis!Share to TwitterShare to FacebookShare to Pinterest
Labels: movies, Paul Walker, The Fast and the Furious, Vin Diesel