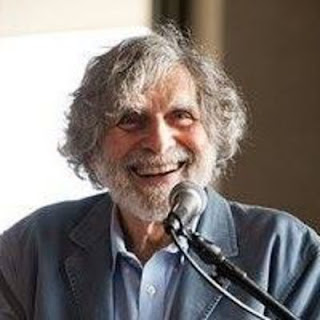 A lot of the many places that are covering his death are going to post it like that. Alan Cheuse who did a lot of these things, is gone. Off this Earth. I was in one of his final classes, and I have some perspective I’d like to throw into all of this.

Let me start by saying that I know this man was loved, and that there are a lot of people who will have stories about him. This one is mine, which is why I’m sharing it.

When I initially signed up for Alan Cheuse’s class on what the Novella is, I signed up for the very noble reason that I needed the extra literature credits for my degree, and I had no idea what else to take. I was taking one required class, and the other one wouldn’t be offered until September so... I decided to take a class on the Novella. I didn’t know who Alan Cheuse was other than that he was a contributor to NPR, and I only knew that because I Googled him the way I Googled every other professor.

The first day he walked into the class, in retrospect, told me everything I needed to know about the man. He walked in with a folder, wearing a wrinkled shirt and hair that probably hadn’t been combed that week. In the other hand he had a cup of coffee. His first comment was to ask us if we had all done something wrong in a previous life to deserve the terrible room we were currently in.

In fairness to him, the room was very, very terrible. More storage closet than classroom, complete with CRT Television with a VHS player off to the side.

Professor Cheuse was right to the point. Very little introduction, he had us tell us our names and what we were studying so he could help put things together for the semester. But that was kind of the point: Professor Cheuse was a smart man, and he knew what he wanted, which was for the rest of us to start thinking, too. Not much time for pleasantries.

The Friday prior he had sent us all his syllabus with the expectation that we would read two novellas and come to class to discuss them. He acknowledged that we may not have time to explore them the way he wanted, and he didn’t care, this was his way of feeling us out. I think he questioned literally what everyone in the class said at some point, even if this point contradicted another point he had literally just made.

I remember walking out of that class wondering how I was going to make it through that semester.

And that’s the thing... it was a tough class. Probably one of the toughest I’ve ever taken. Not in terms of workload... having to read two novellas and a few random one page papers here and there isn’t that tough compared to some of the sheer workload I've taken on. But in terms of actually being questioned and making me think. Professor Cheuse had a way of phrasing things that on the surface may have seemed harsh, but he was actually trying to bring out the best in your argument. If you couldn’t justify it, then what was the point of speaking? If you couldn’t game out the little details, then what was the point of making that argument? Professor Cheuse didn’t want you to read the material and say on the surface what you thought. He wanted to you to form an opinion on things to define the indefinable, to present the world through a new lens that you were creating.

I was miserable in that class while I was taking it. I’d live in dread that I’d get called on, and that I’d have another discussion that I would walk away feeling like I’d lost, despite the fact that there wasn’t winning and losing in his class, but that he just wanted you to be “better.” I'd never been happier to be miserable.

And I realize that, now. I realized that as class was wrapping up. Before this class was over, I’d already signed up for another one of Alan Cheuse’s classes. I spoke with him before I left for Ireland, and he gave me a few books to read so I could keep up with classic Irish Writers. I never got to tell him that I was one step ahead of everyone at the Irish Writer’s Museum because of the books I’d read that he’d given to me. I was proud of that.

I won’t lie and say I knew the man better than I did. I knew him through class, and through is writing. I knew him as a man who challenged me for a semester, and someone who I was looking forward to challenging me again through another semester. I knew him a man who was perfectly willing to lend me some books so I was well read. And who told me that I probably wouldn’t want to come back from Ireland. I'm going to honor him the way he would have wanted, by picking up some books and reading.

So, rest in peace, Professor Alan Cheuse. The world is a little less well-read because you’re gone.
Posted by Bad Shakespeare at 12:13 PM