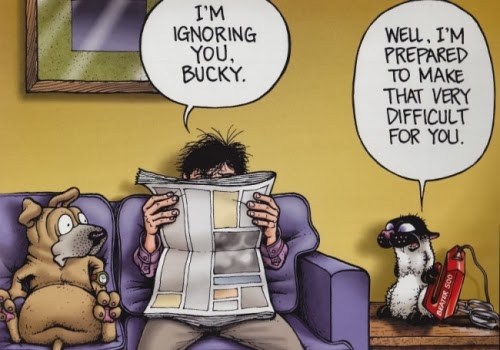 A lot happens with the changing of the new year. It forces us all to look back and reflect on the things that happened, everything we’ve done, our hopes, dreams and accomplishments, and everyone makes their “best of” lists that include the same seven movies, unless you’re the A.V. Club and you want to “stand out” by saying that crap was good.

More on my hatred for the A.V. Club is coming up in a future post, kids. Man of Steel, worst movie of the year? Seriously? Worse than Movie 43...

In reality, the changing of December 31st to January 1st is about the same as going from February 28th to March 1st (on non-leap years. I use this mostly because my birthday is in March, and I like presents.) But the calendar flips, just in this case the Calendar-Industrial Complex is forces you to drop another 10 dollars on a Get Fuzzy Calendar like I’m made of Hamiltons or something. It’s all a scam.

Normally, I treat the turning of the calendar from one year to the next with a lot of fanfare. Hats. Drinks. Noisemakers. Those funny glasses with the year in them that made total sense in the 2000’s because the eyes would be “zeroes” but now they just seem awkward by trying to make them fit your face with a number other than “zero” “eight” or “nine.” (I can’t WAIT for 2020.) This year, I sort of treated it a little bit differently.

Some of it was forced. I had a nasty case of bronchitis and a sinus infection over the holidays, which meant that my head felt like it was going to split unless I coughed, then it was my lungs that felt like they’d split while my head gave up and wanted to explode. Fun imagery. But it made for little fun with the drinking or noise makers, so I spent the day on the couch, watching The World’s End and pondering the New Year.

The thing is, you can’t ignore a New Year, lurking around the corner. The start of the year is when you make all your promises, and the end is when you realize that despite the fact that you have 365 days, you don’t get around to all of them. Not all of it is procrastination, either, but eventually you fill those days with stuff you’re “supposed” to do, getting to the stuff that you “want” to do is difficult. You’re “supposed” to go to school, work, or other things that make life easier for you.

So, I took a new approach to making my goals this year as I lay on the couch, laughing at the latest antics of Simon Pegg and Nick Frost, hopeful that they realize that there are many other types of Ice Cream they an put into movies. I decide that this was the year that I was going to just go for it, and start doing what I want.

That, on the surface, is a vague goal. But in reality, it isn’t. See, I know what I want to be doing: I want to be teaching, I want to get Mars and Kaplan Save the World Published, I want to lose weight, I want to enjoy finer things... these are all things I have every intention of doing, but they get lost in the: Well, the laundry needs to get done and when I’m done with that I need to finish this book while I’m...

I guess the better idea is that this is the year that I’m not going to let excuses stand in my way. For just about anything.

Too often, we take our goals and we put them in a little box that says, “Someday.”  And the box starts off small. Then it gets bigger, filled with our “Somedays” which is going to be a glorious day, because then that’s when everything is going to happen.

Look, I’m well aware this is the same stuff that goes around all the time. Carpe Diem! (Which was a classier way of saying YOLO.) But the thing is: It’s good advice. Rather than finding excuses, if we want to live the lives we want to live we need to start taking chances.

I’m well aware that it’s not easy. The easiest thing to do is to stick with that job where you have seniority, return to your house each night in a nice routine. Trust me as someone who has shaken up his routine over the past few months: Routines are nice. They’re safe. They get us from point A to point B, and they require little risk other than what the weather might end up doing which we can’t control. (Yet.)

That’s what I’m planning for the new year. It’s not just risk taking, it’s going out, realizing what I want, and doing it. It seems so simple, but at the same time, I haven’t really done it for 34 years. I let fear and complacency let me sit on my couch, worried about a million different things.

Email ThisBlogThis!Share to TwitterShare to FacebookShare to Pinterest
Labels: 2014, Carpe Diem, Get Fuzzy