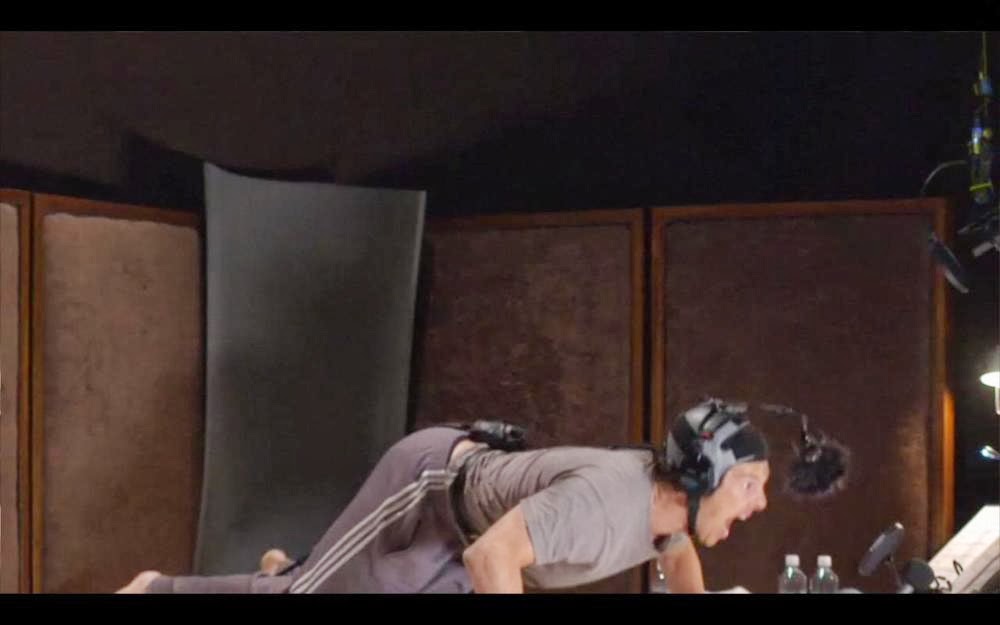 I recently went to go see The Hobbit: The Desolation of Smaug for the second time the other day. For those who don’t know, The Hobbit: The Desolation of Smaug, is the second part of Peter Jackson’s prequel trilogy to the Lord of the Rings Series, and a brief lesson on how to do a prequel trilogy that doesn’t involve having to then make changes to the original movies, but shows us plenty of Natalie Portman midriff. (Plus: Dragons with the smooth silky voice of Benedict Cumberbatch, which means you’re going to die, but your last few minutes will be enjoyable.)

Naturally, The Hobbit and The Lord of the Rings are beloved books so any movie done on them are going to be analyzed, over analyzed, then deconstructed to remind everyone that Smaug probably didn’t have Benedict Cumberbatch’s  smooth, silky voice and therefor being burned or eaten by him wasn’t enjoyable.

To start off this particular post, I’m going to point out that yes: I quite enjoyed The Hobbit: An Unexpected Journey, and The Hobbit: The Desolation of Smaug. Yes, I’m well aware that they are based after one book, shorter than even the first book of the Lord of the Rings Trilogy that were made into three separate movies about 4 or so hours each. And yes, I’ve gotten into discussions with friends regarding these movies and why are we getting three movies based on one book when we just had three movies based on three books. Is it all a cash grab by Peter Jackson and his film company to sell us tickets? (Probably.) Is it a chance to hear Benedict Cumberbatch’s smooth, silky voice come out of a Dragon for more movies? (I hope so. I’m looking forward to The Hobbit: Smaug Reads the Phone Book.) Or is it the result of Peter Jackson researching J.R.R. Tolkien and realizing that The Hobbit was a cute tale involving a Hobbit finding a magical ring but then realizing that he wanted said ring to be evil, not cute?

Spoiler: The longest one is the answer.

Oh, also spoiler: I’m well aware that the people that made Lord of the Rings made like, a billion dollars, then thought: There were only three of them, how do we make a billion more dollars? Then went to work adapting the Hobbit, so none of them are sad that it was divided into three movies. I’m just trying to point out some stuff.

J.R.R Tolkien wrote the Hobbit and included a brief scene in which the main character, Bilbo, managed to win a magic ring off a creature he didn’t know was another Hobbit named Gollum. Originally the story was cute: Gollum and Bilbo had a riddle contest, then Gollum lost the ring fair and square. Then Gollum takes Bilbo out of the caves so he can go steal the magic stone from the Dragon who ad the time didn’t have Benedict Cumberbatch’s smooth, silky voice.

Yeah, no one really remembers that.

Here’s what they remember: they remember Bilbo being lost in a cave and stealing a magic ring that would turn out to be the evilest ring of all time, and he’d eventually leave to his nephew Frodo to destroy. Gollum didn’t take the loss lightly.

You see, J.R.R. Tolkien was asked to write a sequel to The Hobbit, and rather than another lighthearted romp through Middle Earth involving dwarves, he ended up writing an epic three novel allegory about war and a quest to destroy a magic ring that had the ability to take over all of Middle Earth.

There were two options here. He could leave everything alone and just say, “Whelp, the two stories have different tones.” Or he could go back and George Lucas the whole situation up with CGI Yoda, bigger explosions, and a deleted scene of Han Solo stepping on Jaba’s tail after facing off against the worst bounty hunter in the universe. For those of you saying, “artistic integrity kept the Hobbit pure!” You’re wrong. He totally started re-writing the Hobbit with the intent to make it more Lords of the Rings-ish. He was stopped by an editor who didn’t want the original changed, but Tolkien ensured that the new story of Bilbo getting the ring was added, and the original was just a result of “the ring’s corrupting influence.”

So, why am I bringing up all of this? Annoyance. Pure, pure annoyance. Or course, once it was revealed that we’d be getting not one but two Hobbit movies with some additions from Tolkien’s original notes, everyone went insane complaining about artistic integrity and cash grab of putting in too much story or bloating what was an original story. Everyone really lost their minds when it was announced we’d be getting THREE Hobbit movies instead of the two.

The thing is: Peter Jackson wasn’t making just an adaptation of The Hobbit. He was making a prequel to Lord of the Rings, which was Tolkien’s intent, and something very, very, different from the Hobbit.

Like it or not, Lord of the Rings now exists in movie form. It did before, but it was a largely shortened animated story that cut out 90% of the plot. So, with LOTR now a giant sweeping epic that graced our movie screens, what was he going to do with the Hobbit, a shorter, smaller story? He could make it, the problem is that giant plot point smack dab in the middle of it: Bilbo finding the magic ring that changes literally everything. Everything.

Also, in all of this, what loyalty does Peter Jackson have to Tolkien? Should he just transcribe the little story of a little Hobbit that goes on to do great things? Or does he make an actual, breathing, physical adaptation prequel that Tolkien wanted?

These aren’t easy questions to answer. I think it comes back to the idea that we’re watching a prequel to the LOTR trilogy, not just a straight adaptation of a book. Keep in mind, the movies pull in facts, scenes, characters, and events leading up to LOTR from other writings of Tolkien’s. So, what we’re watching is more in line than just a bloated cash grab or a chance to make a Ragast the Brown Action figure.

I enjoyed it. I enjoy these movies, and I think they’re important: They keep things in line with the original artist intent. Too often when trying to slap together the latest movie from the latest bestselling book, the writer’s intent gets a little mixed up in it. Sometimes they keep just the title. Sometimes, they remove something important. For instance: The recent movie adaptation of Catching Fire (Which was awesome) removed a key scene that not only told us a lot about a character, but served as a basis for much of the climax. Part of the cleverness of the author, removed. A major character: buried.

Now imagine that Peter Jackson removed everything and did a straight adaption of the Hobbit, one that just told the story of a hobbit that finds a ring, robs a smooth talking dragon, and becomes rich. We don’t have what the author intended, which was a prequel to an epic story (even if he intended it in hindsight): now we just have a story which takes away some of the power from the original author.

Just something to think about as you mount up your protest against the “bloated” Hobbit movies by seeing them for the third time. That reminds me: I should go see it for a third time.
Posted by Bad Shakespeare at 4:30 AM