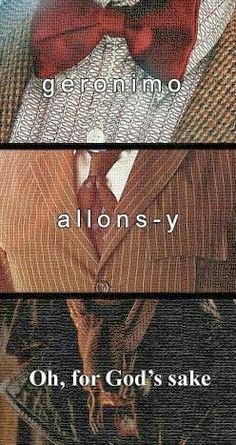 My first time going to a tattoo convention was a little odd. I didn’t know what to expect (or who to expect) and I didn’t yet have any tattoos. I just admired them. I mean, tattoos are artwork. Artwork that you feel strong enough to keep on your body, and should hopefully make a statement about you, from: “I’m an enthusiastic supporter of naked ladies surrounded by snakes and flaming skulls” to “wow Kermit the Frog can be really funny.” But each one is a choice, no matter what you got put onto your skin. (or I guess technically right under it.)

Of course, I walked out of the convention with my first tattoo. A simple Shakespeare quote from Twelfth Night: “There is no darkness but ignorance,” said by the depressing fool Feste, who is the smartest man in the room. I got it because, hey, Shakespeare! And I figured the first one should be something that represented me.

That was three tattoos ago. I’ve been to several other conventions since then, and I’ve gotten a tattoo at each, including this past weekend at the annual tattoo convention right here in Washington, DC. Everyone who told me about it was right: They are incredibly addicting, so long as you get something that represents you, and not something random or just something “because you want to get a tattoo.”

One of the great things about the Tattoo Convention is the fact that you see just about all types of people there: heavily tattooed, young kids, people getting their first ones, old people, young people, parents (with the young kids, duh)... it’s really a big group that covers a lot. And the cool thing is that they’re all there just having a good time. No one is really judging, no one is trying to one up anyone, other than one upping the tattoos in a friendly manner. It’s just sort of a good time.

I was lucky I was able to go with a friend of mine after having to cancel last year after getting the dreaded wintertime random sickness that wasn’t quite the flu and wasn’t quite a cold, but a weird mix in between. It’s the kind of thing where you don’t really feel like doing anything until you lie down, then once you do you get just enough energy to sit up, make plans, then go back to bed. So I was especially excited to get together this time with my friends to go.

We walked in, and were immediately presented with the loneliest booth at the convention: The tattoo removal stand. Sure, some people want to get an older one removed, or the name of someone that just didn’t quite work out, or maybe you were so angry at the season finale of Dexter that it’s time to get that removed... but generally it’s the lonely booth that people gaze upon on their way to view the artists.

And it was packed this year, with two full ballrooms and some spillover to some places I didn’t quite see in the back until I was almost done with the day. Did I mention that my friend had a wife? He has a wife who went in and got a six hour cover up on an older tattoo, while he got his which only took a few hours. I didn’t mind. The tattoo convention isn’t something I wanted to run in and out of... you need time to people watch.

This year there was no shortage of fun. There was a pinup contest, so there were a lot of people dressed as if they came straight from the 1950’s. And of course the heavily tattooed walking alongside the not really tattooed. There were people deciding what to get, a lot of people lying down getting an elaborate tattoo on their legs or sides (that seemed to be the new place to get it.) Then, of course, you saw a ton of people with saran wrap on their arms - the badge of honor given to those who’d just gotten their new tattoos. Those were the most interesting, because they had just made their choice. Of course they were proud of it (as I soon would be).

Of course, the extra time allowed me to get my new tattoo. This was a unique tattoo for me. For each of my three other tattoos, I had a vision. For this tattoo I had a vague idea, one that I knew I wanted to get, I just didn’t know how. I eventually decided on “Allons-y” the catch phrase of the 10th Doctor from Doctor Who.

I chose this because I have been a Doctor Who fan for most of mine life, watching the black and white reruns and not understanding why his spaceship didn’t look a little cooler. (I was young at the time.) So getting one was a no-brainer, it was going to happen, it was just a matter of when. I chose to get that catch phrase because I like the idea of yelling something when jumping into battle. And while “spoon!” (The catchphrase of the Tick) was briefly considered (very, extremely briefly) I knew I wanted something that represented my zanier side. And that’s the Doctor. I got it int the cool shape of the TARDIS, which was nice.

But like all my tattoos, I got it for an extremely personal reason, part of which ties back to a post I was going to do back in November, but was busy with that whole “saving the world” thing. Back on November 23rd, 2013, there was a celebration for the 50th anniversary of Doctor Who. With a few exceptions and gaps, Doctor Who has been on the air for almost that entire time. And over time, the Doctor has come to represent something deeper than just a guy in a box who solves time crisises, looks good doing it, and does it usually with the help of an attractive companion. (I still love you, Karen Gillan.) That’s why I chose this tattoo. Something deeply entrenched in me that represents something bigger in my life. I think I need a little of the Doctor in me from time to time, to remind myself that the world is pretty fascinating. But I could go on. I wanted this brief paragraph to be an entire post. I will probably go back and write it at some point. But for now... tattoos!

Of course getting them stings a little... I mean, you’re getting a needle jabbed into your skin repeatedly. There’s always the wonder, “will I still like it?” which is why it’s important to pick something, put it down for a while, then pick it up again. Like I said, I didn’t do it as much with this tattoo. With the design, anyway. I was always going to get the phrase.... the catchphrase of the Doctor I consider my Doctor... somewhere it was just a matter of what. And of where.

Leaving the convention is the hardest part, mostly because you’ve spent a lot of time there, and you know it’s going to be another year before you get the chance to come again. Unless you can go back the next day, but I’m interning and working, who has that kind of time? So, with the three of us freshly inked up, or tatted up, depending on the slang you wanted to use, we headed out.

And of course, once the pain wore off, we started thinking about what we wanted to get next...
Posted by Bad Shakespeare at 4:00 AM