If I Stay By Gayle Forman 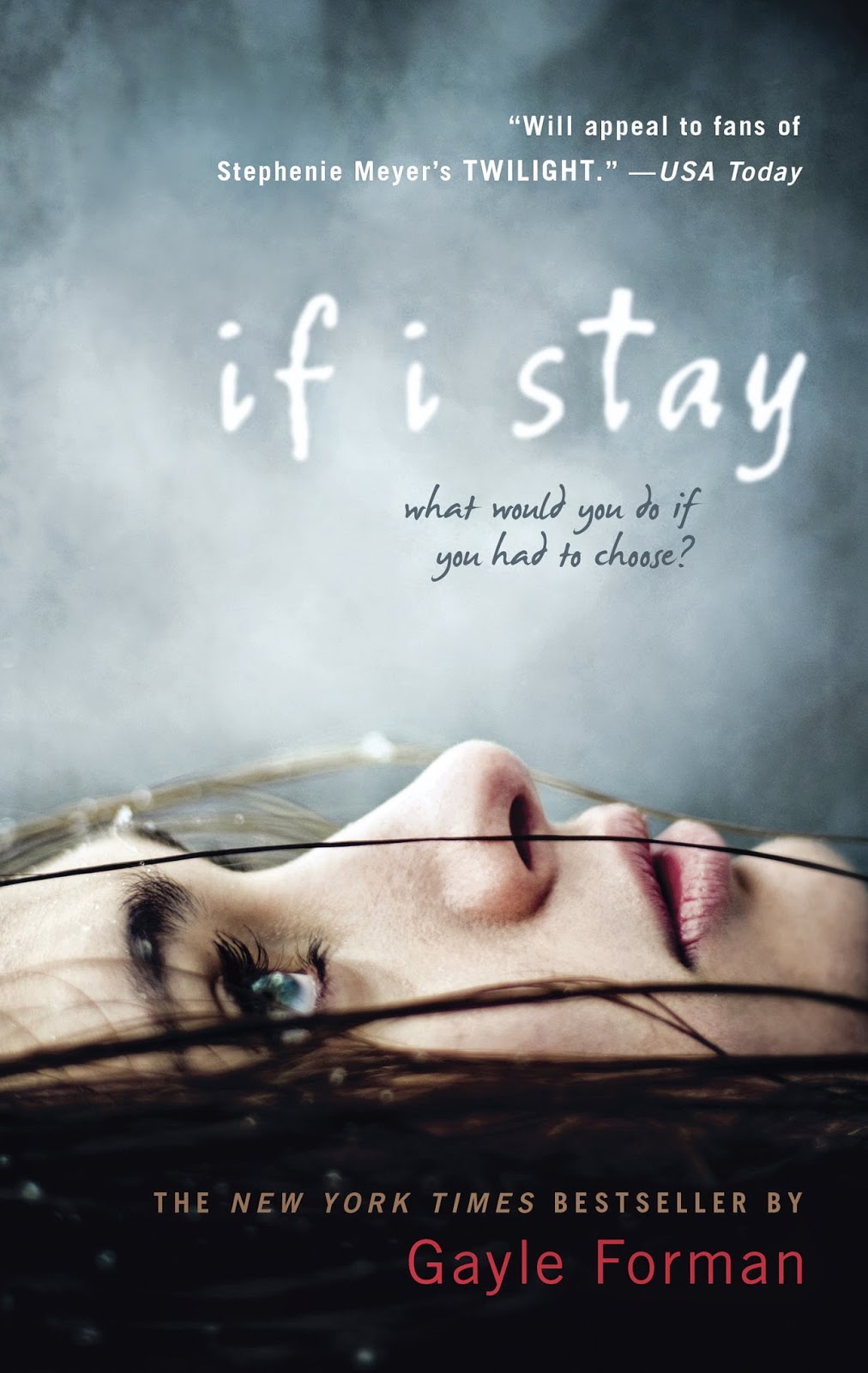 What makes you who you are?

A lot of the time, you don’t think about it. You are the sum total of all your experiences, but have you sat down and tried to figure out exactly what makes you who you are? Probably not. You don’t have a lot of time to think about it between work, school, reading excellent blogs, and whatever else you have going on in your life.

A sense of self is at the heart of the excellent book, If I Stay by Gayle Forman. The book follows a 17 year old girl named Mia dealing with the aftermath of a fatal car crash that took the life of her parents (and possibly her brother… this isn’t answered until later in the book.) and left her in a coma. Stuck outside of her body, she watches as what’s left of her family, friends, and boyfriend Adam, talk to her, encourage her, and wait to see if she does make that decision.

Most of the book’s story is in flashback form - get your favorite hankie and/or box of tissues handy, reading about her parents after their deaths will get to you a lot more than you think - and deals with Mia as she tries to make that decision that’s in the book’s title: should I stay? Should I cling to life? Should I remain on Earth, when a lot of what made me who I am keeps me here? Interweaved with her loss of family are memories of her boyfriend, whom she loves.

The thing is, her relationship with Adam was… reluctant. She never saw herself as having a boyfriend, she was focused on her music and getting into school and her future. The accident is a good reminder that our future is rarely something that we get to control. This book is very aware of that, particularly when discussing the past of Mia’s family, and the changes that were made with them. Her parents used to be hard partying future rock stars who settled down, but never quite lost their edge. Adam seems to represent their past while also trying to be part of Mia’s future which is more uncertain than ever now that she’s a disembodied spirit, roaming the halls of the hospital while people work on her body.

It’s difficult to go too much into this book. It’s short. And the ending manages to be extremely abrupt while giving a definitive answer as to whether or not she stays. (Quick spoiler, this book came out in 2009, and there’s a sequel called, Where She Went, which I’ll be tackling in a few weeks. So… yeah, you can probably figure thing out a little bit.) I don’t want to give too much away while I want to sing the praises for a book that seems to understand that life is a series of changes. This is the big, major one - the loss of her family at a time when she’s trying to get into school and trying to navigate having her first major boyfriend… etc.

None of this is meant to be a criticism. The scenes where Mia is a ghost are a bit disorienting at times, but it works. There’s no “spirit guide” or Grim reaper giving her instructions. It’s Mia at her most alone, examining her past while attempting to decide what happens in the future. Most of us never get a chance like that to reflect, and sometimes that reflection is what we need. Mia is experiencing a story parallel to her parents: what does one wan to “give up” to go further in life or because of the situation? Her parents changed aspects of their lives for their kids. Now Mia, a classical musical artist, is falling for the rock star, does she necessarily have to change?

One of the most poignant moments in the book, for me, is when Mia’s grandfather is speaking to her. He gives her “permission” to let go. This brings a sense of calmness to Mia, but to myself as the reader. At the start, you want her to fight because, well, that’s what you need her to do. She’s the books protagonist, 17 with her whole life in front of her, you don’t want her to give up. But at the same time, this quiet moment acknowledges all she’s lost. it acknowledges that her life will never be the same. And i think too often, we tend to forget when we have big life changes, we sometimes need a reminder that “letting go” is an option. Nothing as dire as death, but letting go of our problems or a bad situation is always an option. I still wanted her to fight after this point, but I felt better about things. It was oddly calming.

I would be remiss if I didn’t point out what I alluded to several times during this essay on this book, which is the fact that music plays a hard role. Mia the classical artist. (She plays the cello. I’m unfamiliar for the term for the person that plays the cello, and spell check isn’t helping me, so I’m going to refer to her as an artist.) Her parents and boyfriend are hard rockers. It’s a book, but music is weaved into it so easily that it’s like you’re listening to it while reading. It just works well.

I highly recommend this book. It’s very addicting, I managed to finish it in two sittings (the record is Fault in Our Stars in One, but to be honest with you I had obligations which pulled me away from this one, sadly.)  Probably more so than any other book I’ve read. It’s a reminder that not only is life fragile, but it’s constantly evolving. And it evolves to places that we never expect. In fact, once we think we know where we’re going, there’s going to be a sharp left turn that changes everything. We have things figure out, but then in a blink of an eye, it really does change. Never before has a book so perfectly captured for me not only the fragility of life. We may not get the opportunity to reflect on it like Mia, but it’s like Monty Python says, “Nobody expects the Spanish Inquisition.”
Posted by Bad Shakespeare at 8:53 AM