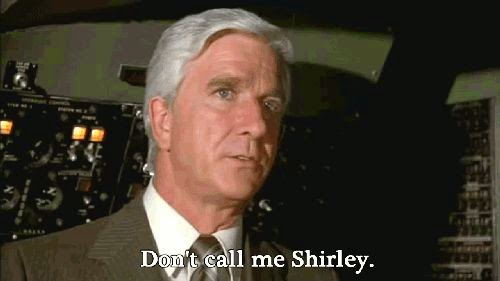 As I mention frequently, I love movies. I can actually pinpoint my love of movies to one movie in particular, Ghostbusters, which is celebrating it’s 30th anniversary this year, and I don’t want to admit that I was able to see it first run in the theater, because that means I have been watching movies for 30 year. In some ways, that makes me old. In others, that makes me awesome. I’m going to choose emphasize the latter, because, let’s face it, I’m pretty awesome.

In any event, watching movies in theaters is important to me. The smell of the popcorn. The giant screen. The surround sound. The feel of a movie ticket in your hand as you walk up to the concession stand to order food that’s offers limited nutritional value from the kid that wishes they were ripping the tickets instead of getting someone an extra-large plate of nachos. The 20 minutes of trailers, nicely ranked.  It’s all part of the experience for me.  I get that you can replicate many of these things in your own home (although hiring someone to serve you nachos every once in an while gets expensive, fast) and you can watch almost any movie you’d like almost instantly these days, without the hassle of having someone try to hide their bright, bright screen under their jacket as they text someone, or the obnoxious talking… but that’s part of it for me. A large communal experience of going to the movies.

It was under this that Movie Club was born. It was started with a buddy of mine, Jerome. I rarely speak of other people in this blog. You do know Jerome from the Oscar Movie Marathon blog posts. He’s a good guy, a little slow to adopt technology, a huge Steelers fan, and someone I worked with a lot and we got into a lot of fights. But we realized we enjoyed movies, and decided that once a week, we’d head off to the movies together. The day bounced around a lot until I started graduate school and realized I got student discounts on Thursdays. Then we started going on Thursdays.

This year, with Summer Movie Season, came a new edition to our group, Kim. She also has contributed to the Oscar Movie Marathon, bringing her special brand of baking and cookies along with her opinion. She has decided to pledge to join Movie Club, which made us realize that Jerome and I never had any official rules on joining. Oh, we had some unofficial rules we’d follow. For instance, we each had one veto we could use per year if there was a movie we didn’t want to see. I, not being a fan of Madea, would often invoke this during one of Tyler Perry’s latest antics.
Of course, our movie going is so important to us, we never really met anyone who was so crazy to attempt to join us in our movie going antics. But, as she frequently brought cookies (and sided with me on Madea  movies) we decided to let her join. But it was then that Jerome reminded me that I was supposed to write our clubs bylaws last year, when we had another pledge that just didn’t work out. (Sorry, Nagib).

I COULD write our bylaws in private. But where’s the fun in that? This way, you all get to share in it, and it’s in a public space, so later Jerome can’t claim I made something up at the last minute. Unless you know, I go back and edit this blog. I guess rule zero is that Cheating is encouraged.

1. The movies shall be picked on a rotating basis. The rotation was picked long ago, and quite frankly we don’t remember how we decided. Pledges do get a space in the rotation, and get first pick once they decide to officially pledge. However, all pledge picks will be heavily scrutinized. In fact, all picks will be heavily scrutinized, because scrutiny can be fun, especially when making fun of movie picks.

2. The Toy Story 3 Rule. You see, there was a day when Jerome and I went to see Up. Fortunately, it was my second time seeing Up, so I was well prepared for that first five minutes which was better than any other movie that year, but sadder than… No, there’s nothing sadder than the first five minutes of Up. However, didn’t work so much for Toy Story 3, which neither of us had seen, so we weren’t prepared for the sobbing from both of us at the end. As a result, any movie that will result in heavy, heavy crying is off the table. Renamed this year as The Fault In Our Stars rule. Will be renamed the Dumb and Dumber To rule, when we sob realizing that they made a Dumb and Dumber Sequel.

3. The Trailers will be ranked. All trailers are ranked on a simple “Thumbs up” or “Thumbs Down” rating that we totally didn’t steal from Siskel and Ebert. This will be the basis for all picks, as hopefully we agree on what is being shown. A “hand-wave” may be used for any movie that we do not have a strong feeling for, one way or the other. Pledges do get a hand wave.

4. Baked goods aren’t required, but they are strongly encouraged.

5. STRONGLY encouraged. Forget that “Don’t bring in outside food” rule. I want cookies when Tom Cruise is blasting an alien.

7. Everyone, included the Pledge, gets one veto per year. This veto, as mentioned, can be used once, and can be used to override one pick. The decider then gets to make another pick. Please note that it is the MOVIE being vetoed, not the pick itself. That means, for instance, if someone vetoes Think Like a Man Too one week, no member can pick it the following week. The movie is off the table.

8. Dressing up is encouraged. There haven’t been as many opportunities for us to dress up in costume, but with Oscar Movie Season coming upon us, I think we may need to start dressing in costumes more. I mean, how can we enjoy that 18th Century Period Piece if we’re not dressed up in hoop skirts and masks?

9. Membership Dues. All membership dues shall be paid in cookie form. To me.

10. Nicolas Cage movies are automatic. They don’t require a pick. They’re a given that we will need to see them, and lovingly dissect how wonderful it is on a scale of “Awesome” to “mega super awesome.”

11. All movies shall be ranked, and kept in the official file for later analysis. This is just because some of us like playing with spreadsheets. Really has nothing to do with anything else. All ranking is on an arbitrary scale from 1 (The Last Airbender) to 5 (Dawn of the Planet of the Apes.)

I really think this just about covers it. Officially, pledges are really only pledges for one month, and we’ve only had two people pledge. Out of those two, only one managed to make it through our rigorous screening process. There’s the Oscar Movie Marathon sub-bylaws, but those are WAY to extensive, and get into whether or not we should be seeing that new James Brown biopic this weekend despite the fact that it’s probably going to get nominated for an Oscar. That’s where it gets complicated. We’ll talk about that one more in March.
Posted by Bad Shakespeare at 9:47 AM