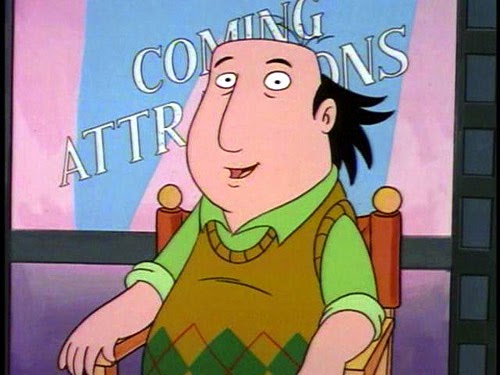 The week after Summer Movie Season is the hardest. All of the really good movies have come out, and Labor Day is pretty much a dumping ground for whatever couldn’t really fit into any other weekend. This week we have the movie equivalent of those spy thrillers you used to pick up at airports (before Kindles were invented) and a horror movie being released in August. I want you all to keep that  in mind. A horror movie. Released at the end of August. They couldn’t wait even four more weeks to put it out in October. Just throwing that out there.

As I mentioned yesterday, I did pretty well on my Summer of movies, totaling 34 unique movies, One episode of Doctor Who in Theaters, and 2 repeat movies. That totals 37 times I visited the movie theater, and I’ll include all of those movies in this review. I did get to most of the movies I wanted to see, but still missed out on a few, sadly.

But, this isn’t about the movies I didn’t see, this is about the movies I went to go see. I know that we have professional critics out there who are paid to get cynical about movies and get disappointed when the latest blockbuster isn’t actually some indie movie about people coming to terms with stuff. I’m just a regular guy (at least until the end of the semester when I’m done with my class in Cinema) who likes to go to the movies. But while I talk about these movies, and I’ll be going more in depth on to what I hated and what I loved tomorrow and Thursday, I haven’t really reviewed too many of them. Except for the Fault In Our Stars, which was a special case. Regardless, I am presenting for you reviews of all the movies I’ve seen this summer, in three sentences or less! Enjoy.

Amazing Spider-Man 2: I know The Sinister Six and Venom spinoffs have release dates. How about we focus on the one story before we try jamming in all the ridiculous backstory and extra bad guys. Cool spider-effects, though.

Neighbors: Seth Rogen vs. Zac Effron in what could have been a great battle of the generations. Still funny until the very end, when the main characters forget everything they just learned and tell you what you think you should learn.

Godzilla: This is how you make a great Godzilla movie, by making him the hero and having Bryan Cranston explain everything you need to know, then getting out of the way and having giant monsters wail on each other in IMAX.

Million Dollar Arm: It’s a sports story, so you’re allowed to cry a little, right? Right? They were manly tears.

X-Men: Days of Future Past: It’s good to know that in a movie full of people with mutant powers, you can still put too much focus on Wolverine. Seriously, great use of all characters, great way to reboot everything without recasting everyone and starting from scratch. Plus, Jennifer Lawrence!

Maleficent: Dark. Way darker than I thought. So good I had to see it twice. Plus, this movie stuck with me long after the credits rolled.

A Million Ways to Die in the West: Should be called a Million Ways to waste Charlize Theron, Liam Neeson, and Neil Patrick Harris. Should have been the funniest movie of the summer.

Edge of Tomorrow: A movie that is essentially Halo meets Groundhog Day starring Tom Cruise’s favorite actor, Tom Cruise, should not have been this good.

Fault in Our Stars: I’m not crying, I just got something in my eye!

How to Train Your Dragon 2: Dragonriffic!

22 Jump Street: HIl. Ar. I. Ous. That’s four sentences right there, so I guess I liked. But sequels aren’t supposed to be this good.

Tammy: Great example of how NOT to market a movie. Deep road trip drama about a grandmother and granddaughter connecting, but we’ll market it as “Fatty fall down… funny!” Deserved better than it got.

Transformers: Age of Extinction: How does Michael Bay do it? How does it make a movie that has a hot chick, cars that turn into giant fighting robots, robots that turn into dinosaurs, explosions, action, and manage to turn it into a muddled mess that you just want to end? Seriously, the movie sells itself.

Deliver Us from Evil: Ok, maybe not all horror movies have to be released in October to be good. Not great. But effectively creepy enough.

Dawn of the Planet of the Apes: Interesting movie about the nature of war wrapped up in a film about CGI Apes. Plus: 90% less James Franco than the first one.

The Purge: Anarchy: If you don’t get the political message in the first 10 minutes don’t worry, they’ll remind you in the next 10 minutes, and every 10 minutes after that. The most interesting part comes at the end. Wonder if their will be a sequel.

Wish I Was Here: Look, I know all serious movie people are supposed to hate Zach Braff based on his Zach Braffiness, but this really was a good movie. And maybe because of where I am in my life, it spoke to me. The bleep blooping robot was a bit much.

Sex Tape: Brought to you by Apple and bad decisions.

Lucy: It’s important to remember that River Tam was killing people with her brain before it was cool. Will someone just make a Black Widow Movie already?

Monty Python and the Quest for the Holy Grail: Classic Series. Just as funny as I remember.

Guardians of the Galaxy: Marvel makes an excellent movie featuring a talking raccoon and his giant tree friend, featuring WWE Champion Bautista. Meanwhile, DC Comics is still trying to crack that code that will bring us a good Wonder Woman movie, what with her origin as a Greek Goddess being too difficult for us to understand. Makes perfect sense.

Hercules: Speaking of WWE Champions, The Rock gives us a gritty reboot of a realistic hero, because we all tune in to Hercules NOT to see him slay giant lions and lift mountains with his pinky.

The Big Lebowski: The Dude Abides, even after all these years.

Let’s Be Cops: The best episode of New Girl they could have done. I’m glad they didn’t pull back on a lot of things they could have, because it was still funny.

The Giver: Let’s take a classic book and adapt pretty much the first half in a stunning, unique way that emphasizes most of what the book is about, but change the end to a generic action finale. So close…

What If…: A romantic comedy for the hipster set. A lot better than that sentence made it sound.

If I Stay: Another YA adaption that didn’t feel a need to change a whole lot from the book, but still managed to be surprising in a few places.

Sin City: A Dame to Kill For: Just as violent and faithful to the books as the original. Gritty, noir, black and white… not much to say about this one. Just a great movie.

Expendables 3: I think they should probably take a page from Danny Glover’s book, and realize that in fact they may be too old for this. Except Jason Statham.

Teenage Mutant Ninja Turtles: People are so preoccupied with what they can do with CGI, they never stop to think if this is something they should do with CGI. The only great thing about this movie was an Arrested Development joke about 99% of their target audience won’t get.

Ghostbusters 30th Anniverary: Who you gonna call?
Posted by Bad Shakespeare at 12:08 PM