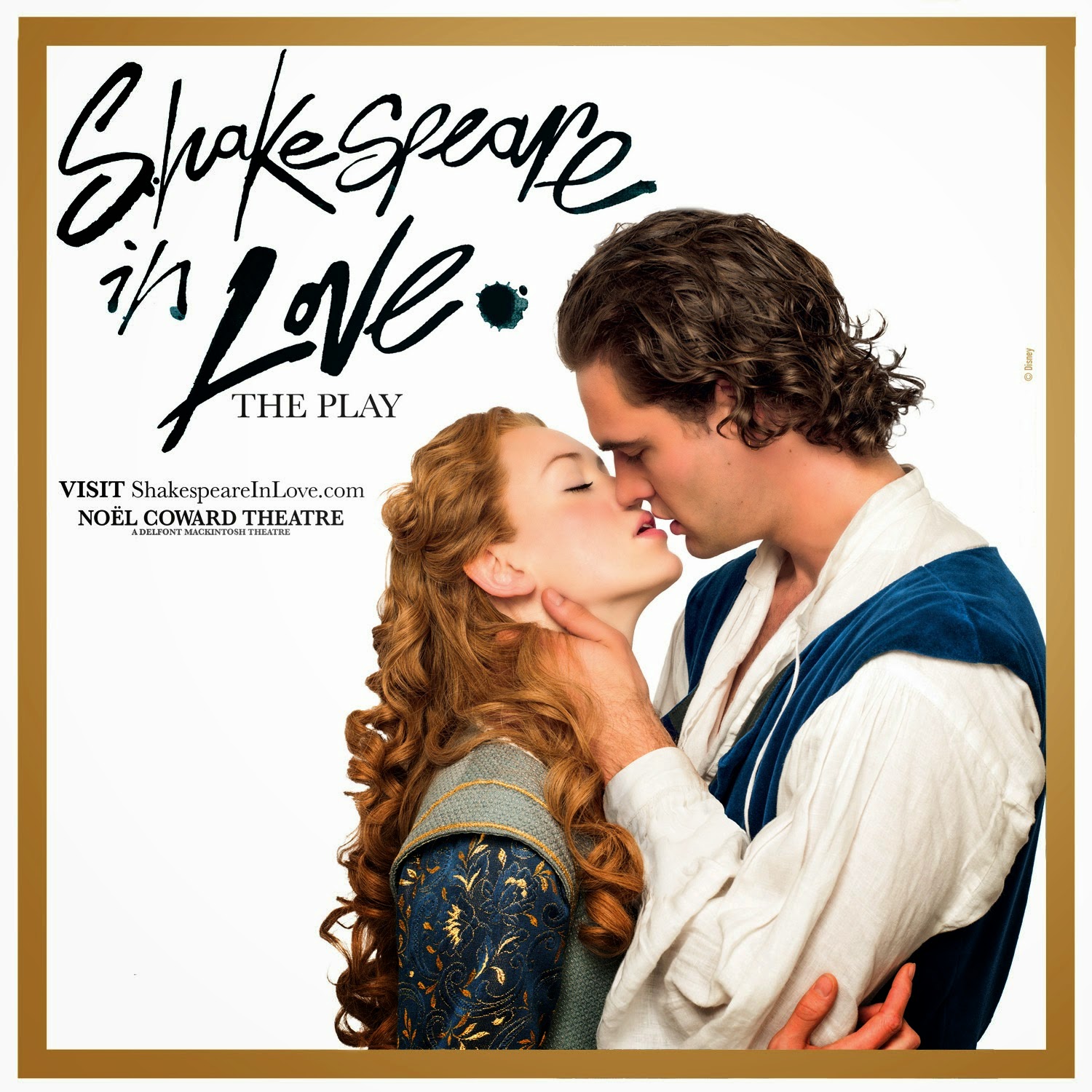 So, one of the reasons I was in London was for a class in Theatre, taught by the handsome and talented Rick Davis. I should also mention that in addition to be fabulously handsome and so amazingly talented as an inspiration, he hasn’t put final grades in just yet. So... someone let him know about this first paragraph.

Theatre is HUGE in London. There are more theatres for plays than there are movie theatres, and I was fortunate to see 11 plays while I was there. ELEVEN. Nine with my class taught by the fabulously handsome Rick Davis, and two on my own because I’m not made of Pounds, which turns out are worth more than the American Dollar. Fortunately they love students there, and they love their half priced theatre tickets, so you can wander in off the street and get a good deal on just about any play you want to see, so long as it’s not Book of Mormon.

So, obviously, I’d be doing you a disservice if I didn’t pepper in a few stories about the plays I saw there.

The last play I saw on my own was the spectacular new production, a Romantic comedy called Shakespeare in Love.

Look, sometimes you want to be inspired by going to the theatre. Sometimes you want to be challenged. Other plays challenged and inspired me. Sometimes you want a good time. For my last night in London, I wanted a good time. Shakespeare in Love was that good time. I had a wonderfully good time, and I’ll tell you all about the challenging (I’m looking at you, Golem) and the inspiring (I’m looking at you, Scottsboro Boys) and even the terrible (How do you make the go-to adventure novel, Treasure Island, boring?) but for today, I’m going to tell you about my good time in the theatre and that was Shakespeare in Love.

Now, one of the big things our wonderfully inspiring Professor put into our heads was this: in order to be critical about plays, we should never start with “I Liked it.” It’s a controversial statement, and we need to focus on what he referred to as “Reportage” because we were in Europe and he was going to sneak in as many european words as possible. We needed to tell about the play, talk about it’s elements, and then we get to even think about whether we “liked” it or not. Even then it’s controversial, because in the long run we are there to report and distill our opinions from that.

Therefor, in an effort to be as controversial as possible, I’d like to start off by saying... I really, really, really liked Shakespeare in Love, the play. (The movie was ok, too, but I need to bring in a distinction, because the play was roughly a billion times better than the movie.)

There. I made my controversial statement but it’s not without its purpose.

Shakespeare in Love is a play written by Lee Hall, based on the movie of the same name by Tom Stoppard and Marc Norman, and features the same Academy Award Winning plot: Young Viola knows all of dialogue from the plays of William Shakespeare and wants to be an actress at a time when women even going to the theatre was considered an indecency. We probably shouldn’t go back in and tell them that much of popular culture has been devoted to the female booty this past year. Or maybe we should. Disguised as a man, she meets the Playwright William Shakespeare who is going through a problem of his own with writers block while trying to write his new comedy “Romeo and Ethel, the Pirate’s Daughter.” Eventually he sees through her deception, the two fall in love and of course, hilarity ensues. Well, some tragedy. There’s plenty of tragedy involving a marriage and well, the acknowledgement that William Shakespeare was married to Anne Hathaway at this point, so romancing a young actress is pretty much status quo in today’s times, it’s probably still a little taboo back then. After all, this is something very loosely based on the story of William Shakespeare, a man who once wrote that a man gets randomly attacked by a bear while exiting because there wasn’t enough death; it’s not going to be all happy endings.

The play takes place on a set that is designed to look vaguely like the Globe Theatre might look had England not managed to go through two of them before the third one that stands today (more on that later), which is a nice reminder that this is Shakespeare, and that he wrote very much from his own life, even with this fictionalized story. It’s a bold statement presented right up front: Shakespeare wrote about life itself, this is not to be forgotten, even in a light romantic comedy. Indeed, even the start of the play itself starts with William trying to write, and all of the characters gathered around him, trying to see what the next piece of great literature that may explode from his pen might be, as he grows increasingly more frustrated. One of the greater designs of this set is the ability for it to swing back and forth so the audience is quickly brought backstage as needed. Or a bar. Writers do enjoy writing within bars.

One of the better elements as well was the use of practical elements on the stage. When Will and Viola are rowing across Thames for her to get home, they sit in an arrangement of chairs that vaguely represents a boat, not an actual boat, while characters off to the side actually generate the sounds by dipping their hands in a pool of water. Later, when rose petals drop from the ceiling, they are dropped by several actresses who are standing above the stage. Despite the fact that this is a very 21st century production, every attempt is made to invoke the feeling of being sent back in time to Shakespeare’s day with limited props, minimal set, and practical effects that add to the experience. Really the most 21st century thing about the production is the aforementioned moving set, but even that doesn’t feel out of place... it brings us all in on the experience. We are now co-conspirators, coming backstage with the characters as they bring their new tragedy, “Romeo and Juliet” to the audience.

And that’s the thing about the play. As I’ve mentioned, the opening image, is that of the characters - all of them - gathered around William Shakespeare. The ending image is the same. Rather than an attempt to distance the audience from this genius, the play itself goes out of its way to remind everyone that Shakespeare was a man of his time and place. His writing endures because he is a man who saw the world around him and wrote about it and allows us all to draw our own conclusions from it. He’s a man. And that’s what made him so great. This play gets that. It may be “light.” It may be “funny.” But it reminds us of what this one man was capable of, and why we still read him today.

But ultimately... it was just a good time.

Posted by Bad Shakespeare at 5:00 AM