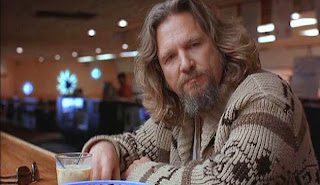 "Do you have to use so many cuss words?"

No, the real reason I want to talk about math is probably my least favorite thing when it comes to the book banners: the trend to count the number of “infractions” in a book. They count the number of references to things they disapprove of, or worst yet, they count words. Words they deem inappropriate, to be exact. Because, you know, 39 “Fucks” is WAY more harmful than 38.

Once again, I point out (Spoilers, but if you’re a fan you watched Breaking Bad from last week at this point. But Spoilers I guess.) that Jesse Pinkman’s dreaded “F-word” was bleeped out before the Nazi’s beat him and shot his girlfriend in the head. I will never stop making this joke: Thank goodness the children in the audience were spared the naughty word before this scene.

We freak out way too much about words. Yes, part of this week is the power of words. Words are powerful, but they only have the power we put behind them. Fuck, shit, hell, damn, crap, sa'Hut, denIb qatlh... someone said, “these are bad words” then someone else said, “yes, they’re bad” then we sit around and we continue to pretend that they have any more meaning than anything else.  In the case of the last two, we actually know who decided they were “bad words” since they’re Klingon swear words. I’m on a real Klingon kick this week, in addition to banned books. Anyway, then someone sits down, counts the number of times they show up in a book, then decides that there is some magic number that makes it inappropriate.

I’m also smart enough to know that teenagers probably aren’t picking up a lot of their obscenities from hearing it for the first time from Catcher in the Rye. That’s just one man’s educated guest, of course.

I’ve said this before, but this week in particular: Banned Books week, we take a look at a reason that people say that books can’t be read by certain people: Words THEY DEEMED IN APPROPRIATE BASED ON AN ARBITRARY RULE. Let’s not deny a chance to experience all the words in a book based on the idea that a few of them are taboo.

Particularly ones that are deemed taboo by people that have the time to count the words they find objectionable in each book. And then decide that number might be too high. Because reasons.